Jeff and I split for Idaho on Saturday after everyone else begged off with a bunch of lame excuses.  "I'm going to a conference in Sweden the next day", or "My ass is still sore from getting that shampoo bottle remove from my rectum", or "We aren't sure we want to go on an exploratory ride."  Despite my inducements (including a new tube of KY), promises that we had solid beta on the ride including GPS tracks and rumors of a screaming downhill, I was unable to persuade anyone else to join us on another Idaho exploration. 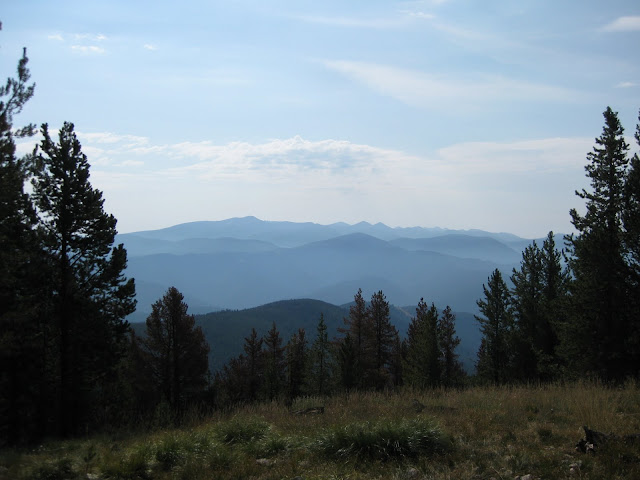 I'll confess that a part of me was a little pissed and I couldn't help but think, "What an effete Bartles & James sipping, latte drinking, weak kneed group of pansies." I was surprised by the negativity of my thoughts and I immediately had to stop and take a good look at myself in the mirror, not literally. Literally I looked at my faint reflection from my sunglasses. I then I realized what a self righteous, arrogant shithead I was being. No one had made me the Ayatollah of the weekend ride.  Everyone was entitled to ride whatever trail they fancied.

After all if someone fancies shampoo bottles during play time, I wouldn't want to join in, but since I'm not a butt Nazi I'm not going to throw a hissy fit to stop them.  I would suggest that rather than using a shampoo bottle to use something better designed with a string and with tapered ends on both sides. This is not from personal experience, but advice imparted my way by a surgeon who has seen his share of rectal foreign bodies. Why he shared this with me I'm still not sure.  My only near experience has been for a digital prostate exam.  Another thing to look forward to as you get older.  Apparently when the anal sphincter stretches and then closes quickly it can go into spasm and tapered ends are easier to pull back out than a flat bottom.

If I'm not going to object to sex toys and fetishes why should I get all worked up over some of the crew wanting to ride some of our other signature trails.  Sign Creek, Fire Creek, and Warm Springs Ridge are all superb trails with smile inducing downhills worthy of fresh knobby imprints.  Sign Creek is one of favorites and could have even tempted me to change destinations, if it hadn't been closed by the little publicized Copper Mountain Fire. 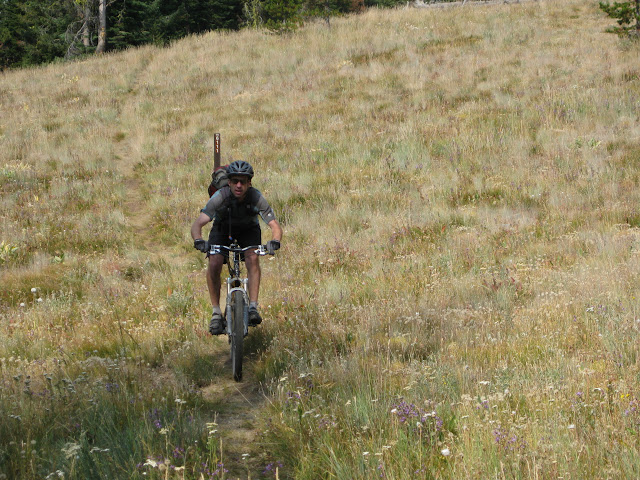 I was also a little surprised. I figured everyone would be pumped to try out a new ride. I knew Jeff would be in. He has mentioned trying to find the Three Mile Ridge Trail numerous times. I assumed everyone shared our excitement at discovering new single track. In retrospect I had a similar reaction from the crew when I proposed the Wagonhammer expedition earlier this spring. 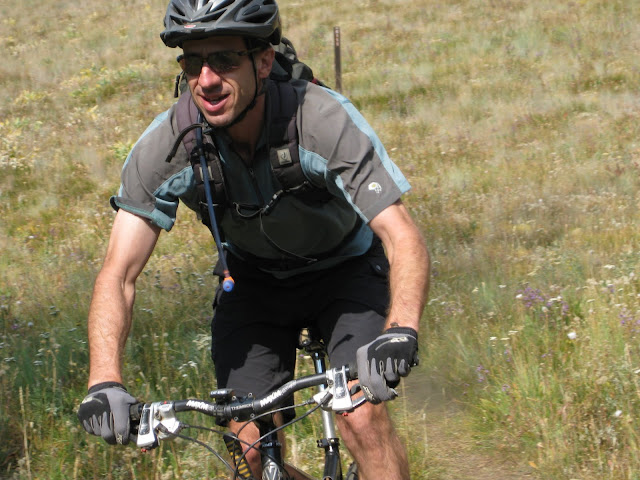 Shuttling the ride was a hassle with 2 people and two vehicles.  Drive over Lost Trail Pass and down the other side 14 miles to Gibbonsville. Drop one car. Drive back up Lost Trail to Chief Joseph and then start. Warm Springs is so much easier. Just drop a car at Medicine Springs on the way up. 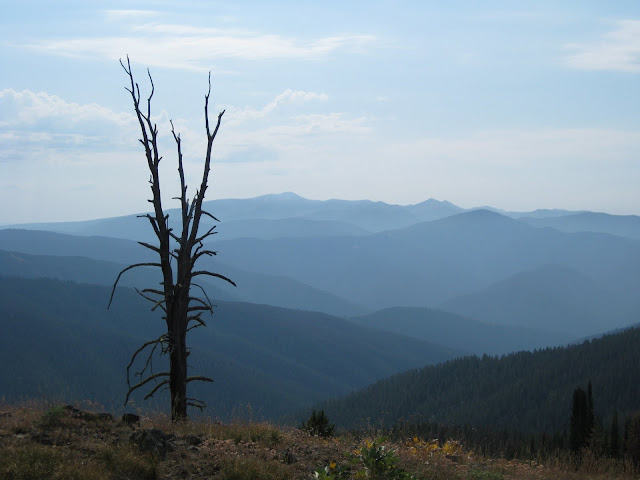 I don't think Jeff, being more sober minded and calm shared my passing negativity.  Anyway it is hard to be pissy when you are riding fast and feeling lucky to have discovered a new fast downhill to add to our arsenal. 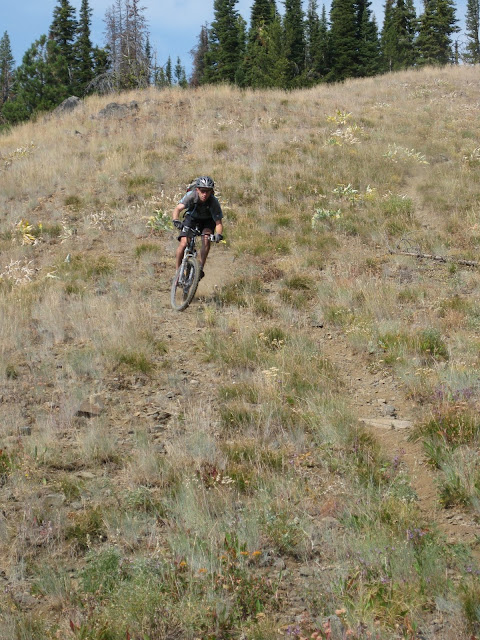 As anyone who has ever toured out to Anderson Mountain in the snow season to genuflect through the meadows has discovered, the road sticks to  the tree covered ridge and only allows occasional glimpses of the surounding country. 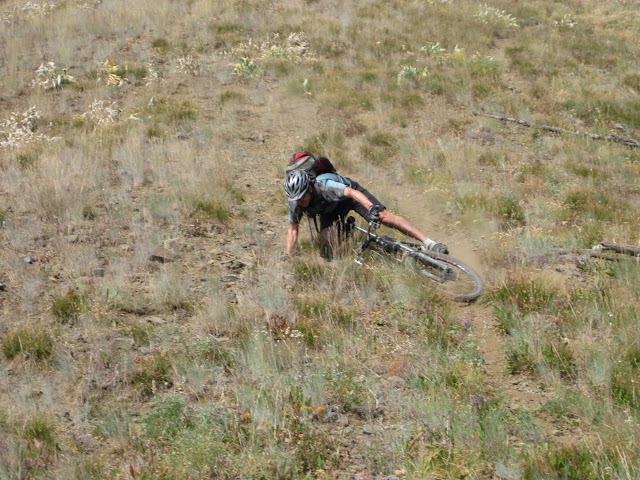 Riding the road, I was amazed how fast the meadows came and were gone.  Six miles of pleasant road dead ends at the site of the old Anderson Mountain Lookout.  Our hopes of escaping the inversions and smoke was in vain.  The fires around Salmon and the Big Hole had filled our neighboring valleys with the same blue haze.  All the ridge lines were fuzzed and indistinct.

This was also our first chance to scout the rest of ride.  From our vantage point we could see the ridge curving over to Nez Perce Point and using the map and GPS guide we could identify the long Three Mile Ridge dropping into the bottom of Big Hole Pass. 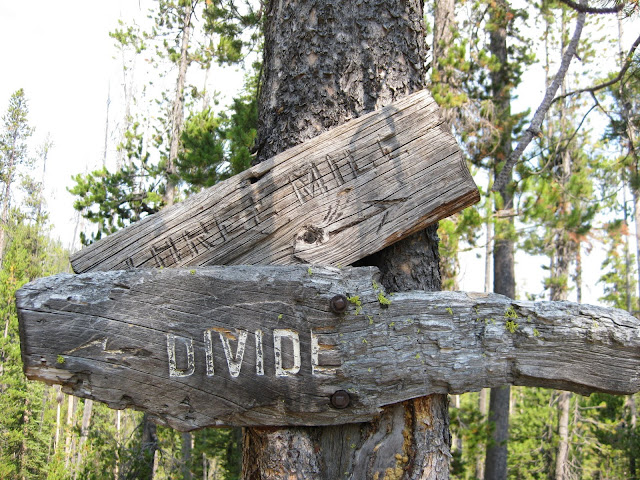 After taking in the view it was time to find to Continental Divide Trail.  I have impressed it the past by how discrete the CDT is marked.  The intent seems to be that if you want to ride or hike the trail, you need to have some map skills and you need earn your access.  The same thing applies here.  Only a small cairn indicates that the side road is the correct one.

Turn around the way you came and take the first fork in the road you find on your right.  It should be about a half mile back.  Follow the road until a trail takes off to the right and a tree blaze is engraved with the CDT marker. Four and half miles of rolling CDT trail are ahead. After a rolling descent for the first half the above sign might be visible. This is the low point of the ridge.  After this is 1200'  of mostly rideable climbing with two manageable hike a bike sections. 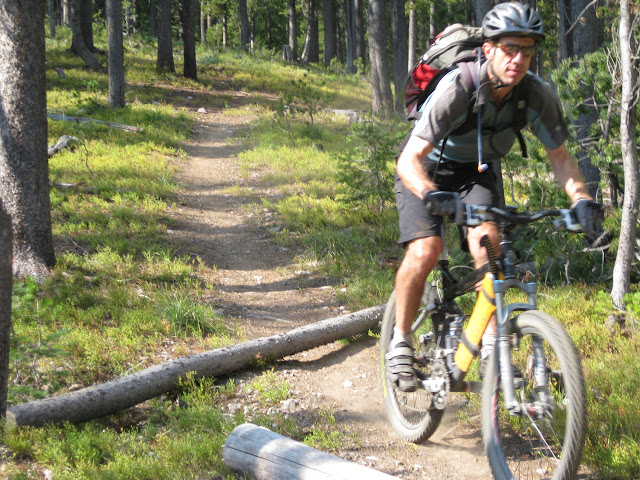 Climbing through the burn that encompasses the top of Nez Perce Point this sign will be evident, along with no fork in the trail. Just snags and deadfall in the direction of the arrow.  Don't believe this sign. 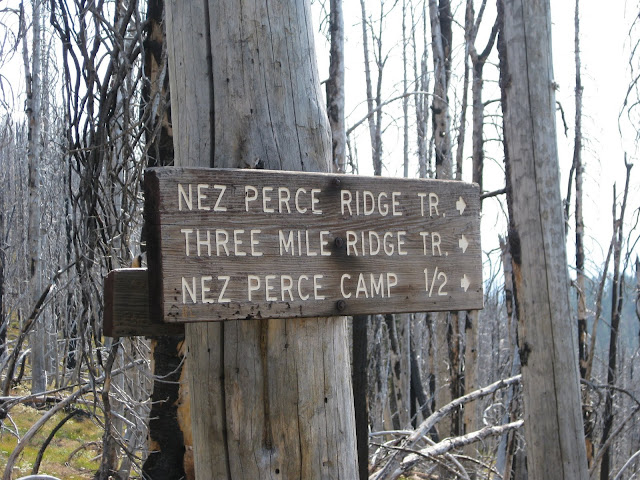 The real Three Mile Ridge Trail starts about a quarter mile past the point, and a nearly identical sign. As the sign shows there is also a Nez Perce Ridge Trail still awaiting a future exploration. Any takers? 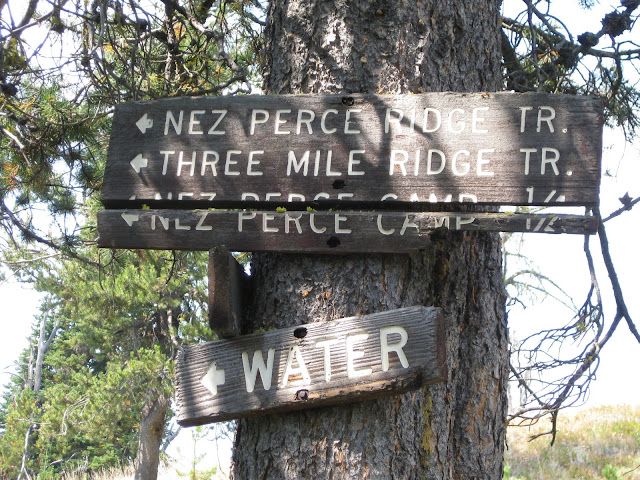 Finally time for the downhill.  This is how it was described to me by a Salmonid. "The descent is 3000' vertical of berms.  If you ski...think SuperG on your bike...or carving the groomers on your Phat sticks!"

Personally, I thought it was more GS than Super G.  Dropping 3000' in 7 mile the ridge reminds of a faster, longer, steeper, more swoopy Shannon Ridge.  The trail has seen some mild ATV traffic which has widened the trail into a faint double track, but luckily some big trees that have fallen at the bottom stopping most of the motorized traffic.


The ride went faster than we anticipated. We managed the 20 miles in what felt like a leisurely four hours. Time in the saddle was three hours.


We managed to climb 2000' with half of that on the Anderson Mountain Road and half on the ridge.
4500' of downhill.


Skipping the grease at the Broken Arrow, Jeff and I felt fresh enough to contemplate adding on Warm Springs Ridge and trying to catch the late group, before deciding to lounge at the bottom of Warm Springs and wait for company for the beer.  Next time though I think three vehicles and a shuttle down both sides of Lost Trail will be in the cards.

Posted by MonkeyDoo at 8:27 PM