As the Phoenix arises from the ashes, so have I been reborn from the leftover dried up Stan's gunk on the inside of a Maxxis DHF worn smooth. Since, let's be honest nothing all the surprising happens on our rides, I have been taking a hiatus from reporting on the cycles of nothing that have been continuing.  However as life progresses and many of compatriots have evaporated into the duties of life, I figures they might want some reminders of their previous lives before some of them got old and their their bedtimes regressed to the point that our rides kept them out too late, and the others while in the throes of oxytocin highs from their bundles of joy and decided to add to their brood and are now discovering the full extent of daddydom. 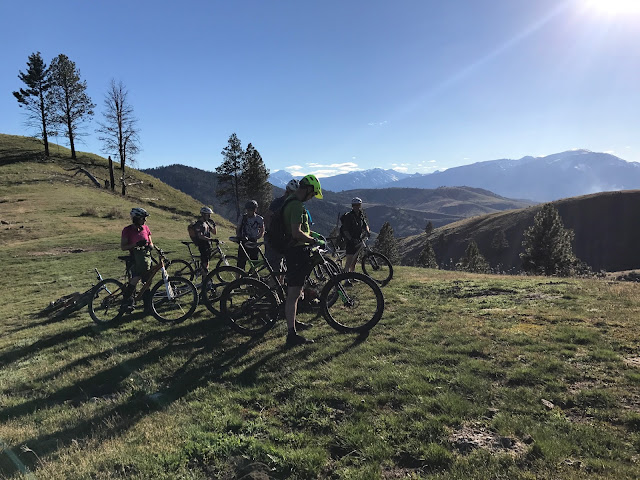 After a fairly typical month of April rides chilling our willies and icing our boxes we started May with much preferable sweaty climbs and a renewed interest in how much water was in the hydration packs.  As far as the ride itself, we rode up dirt roads and came down hillsides and gullies on trails that varied from indistinct to absent except where our illustrious leader had done his due diligence and found a way around a large Ponderosa who embraced as much trail as possible on its return to earth. 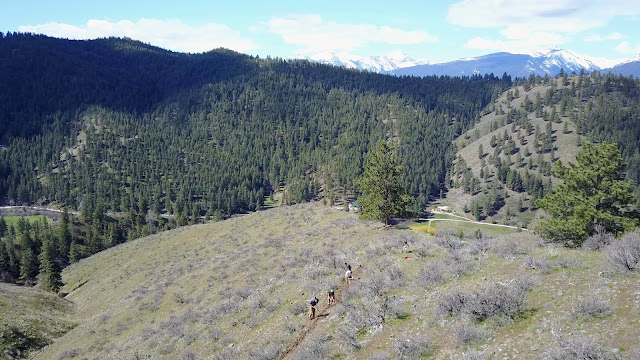 Speaking of trail work, for those who have been out of the loop, we built close to 1000' feet of new trail on Buttercup, but while the trail is in, we still at least one day of dirt work for those who desire to leave a lasting mark on the hills above Little Sleeping Child. 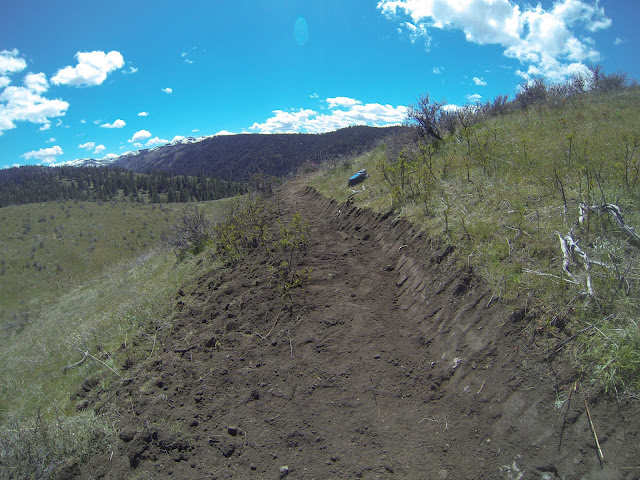 As always, after the ride while lounging around in flips flops and shorts watching the last of the grease burned off the grill is when anything significant seems to occur. Last night was no exception as we shared our morning rituals with Thomas Crapper's throne. Who needs two espressos to get things going before work. Who is woken up in the morning by the need to lighten the load, and who frugally holds off on the uncorking until work in an attempt  to keep their septic system unburdened.

And that is why they call me Monkey Doo.