Amazing what crawls out of the woodwork or out their red rooms when eyes stop burning, throats some scratching and everything loses the soft focus it has had the last month. Even Donnie managed to find Lake Como after a long absence secondary to brain surgeries, house fires, and a new baby. 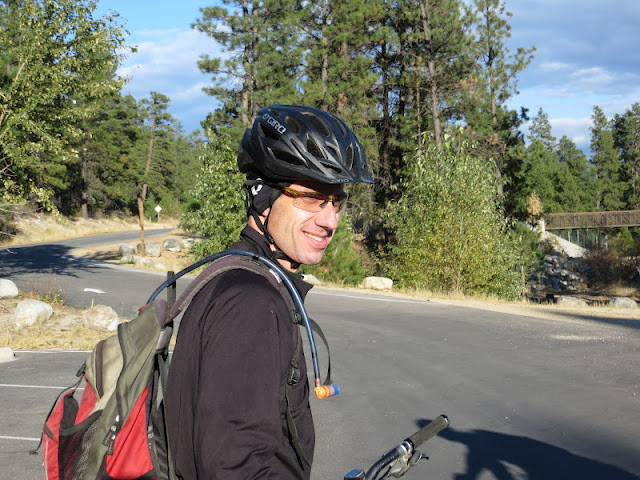 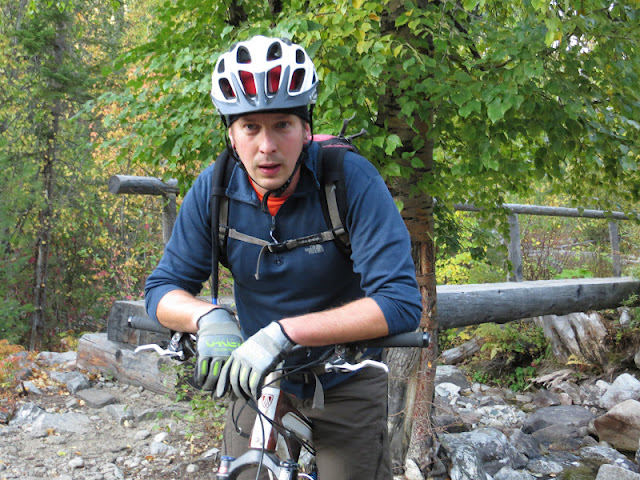 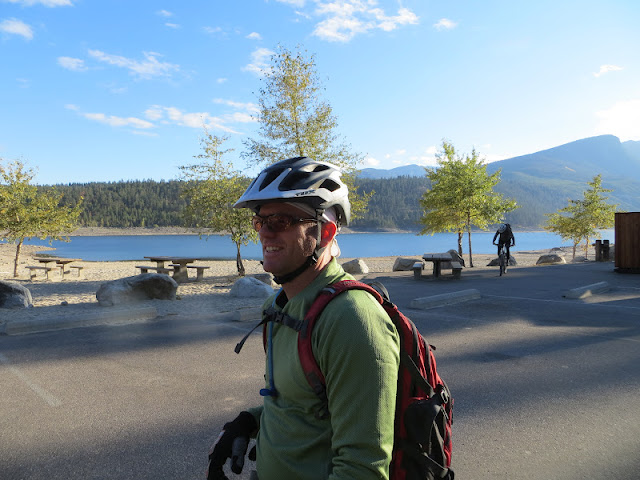 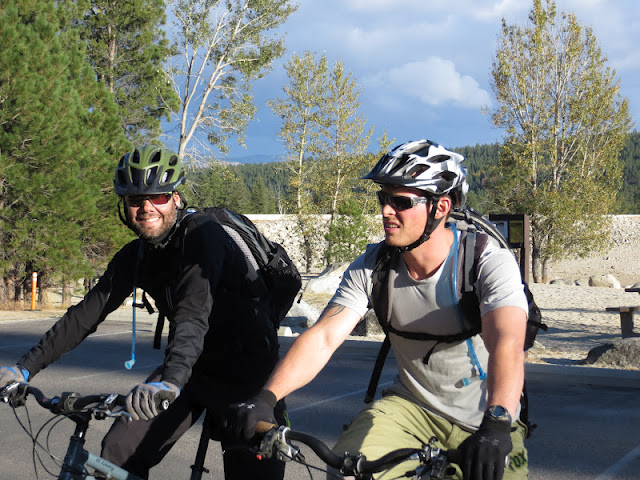 For those who showed up, the one lap around Como was a laid back affair. No one needed to utter their safeword. I have been thinking of changing my safeword to something that not only would I not utter while in an intimate situation but one that could also work on Blodgett or Sleeping Child.  Previously my safeword was Warwick, but obviously that wouldn't work on the trail so I decided from now on I'll use Jeremy.  Not that I'm going to have any chances to try it out in either situation any time soon. 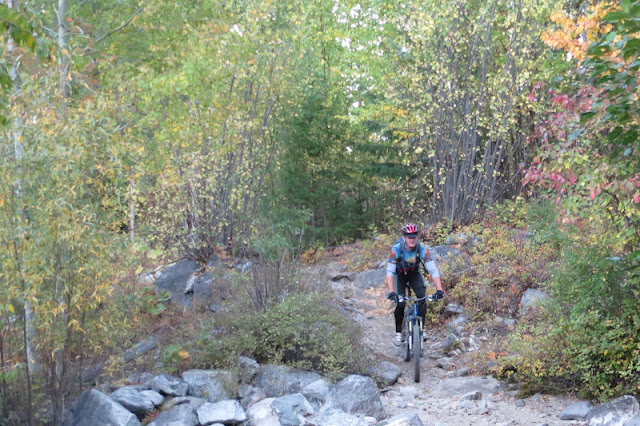 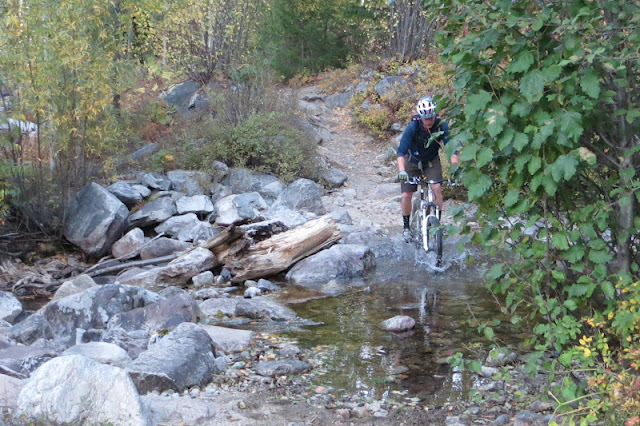 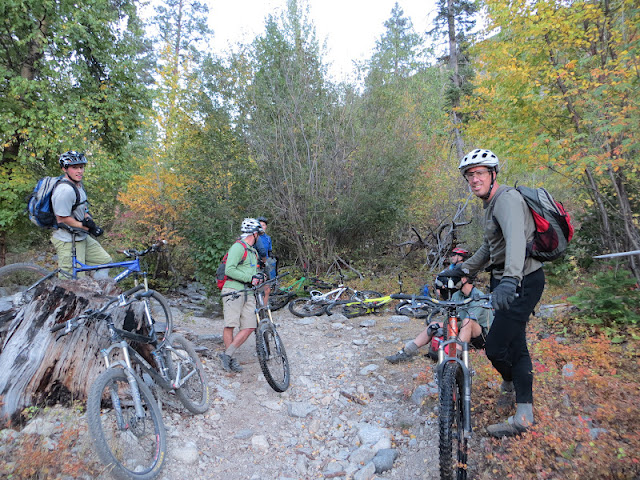 We managed another season without any visits to the emergency room.  No significant injuries requiring in the field suture or tourniquets, and my lidocaine is about to expire. 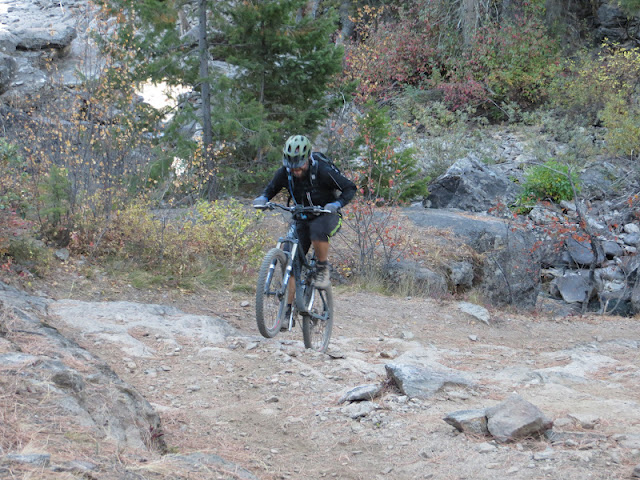 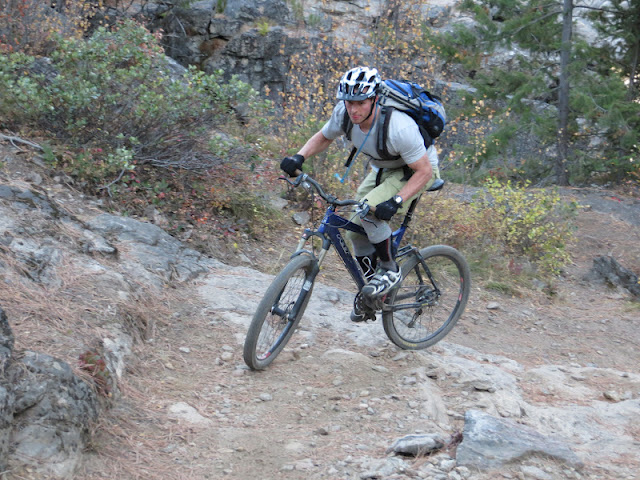 For future references here are a few of the safewords used by others in the posse: Ebola, whipped cream (really Dean?  That's what Adriana told me),  seaweed,  puppy, and eccentric bottom bracket. Whoever the last person is must not plan on doing any single speed riding on or off the trail. 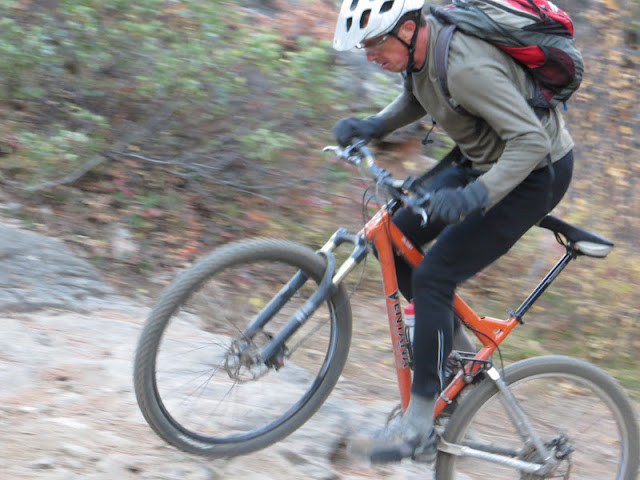 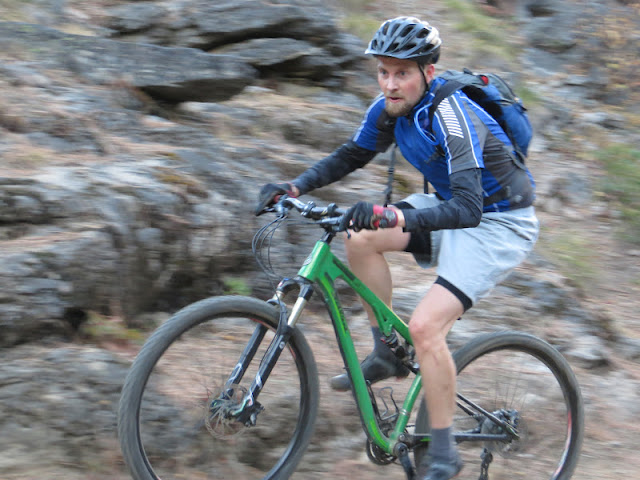 A fire was in order after the ride in celebration of the end of the season and to ward off the newly arrived chill in the air, and not because of any interest in hot pokers. 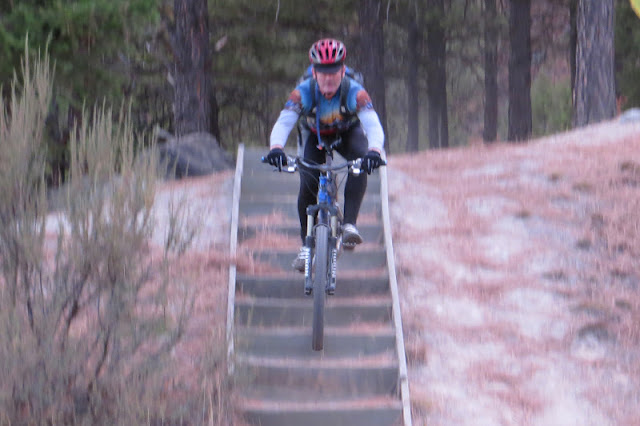 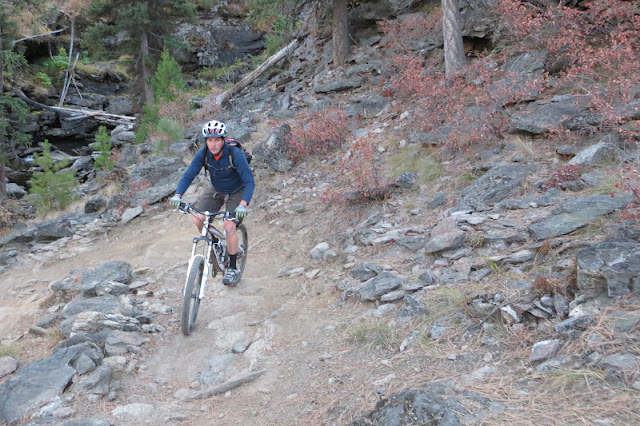 Well I'm running out of my knowledge of bondage and S&M, or at least as much as I'm willing to admit to. With the official end of the riding season, my inner goddess and I are beginning our supplications to Ullr for snow, snow, snow and to Aphrodite for love, romance, and candlelit dinners.  If you believe that last bit, I have some leather pants and a riding crop you might want to try out. 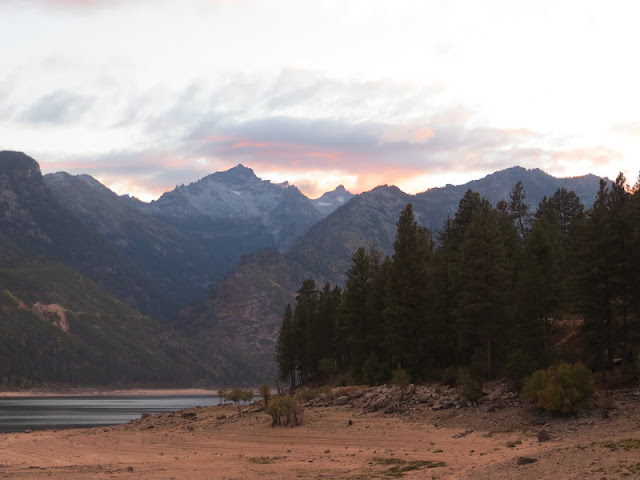 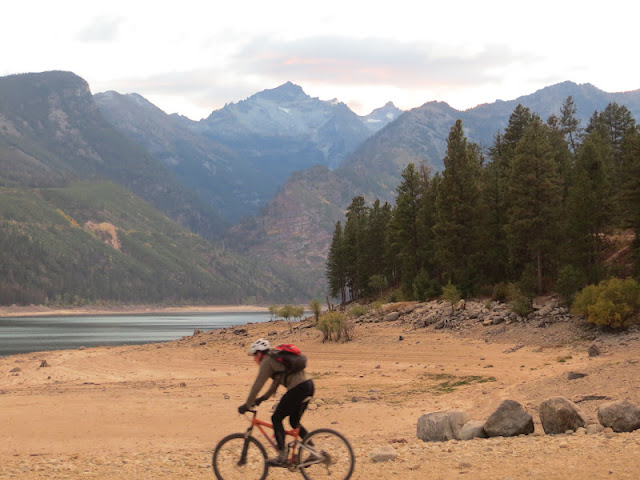 Posted by MonkeyDoo at 2:23 PM