So what happens when you send out an email suggesting borrowing or stealing some fat bikes and going on a night ride up a snow covered road?  You discover who among your friends has even less sense than you. You discover who are the the five guys that you would want with you in a fox hole. 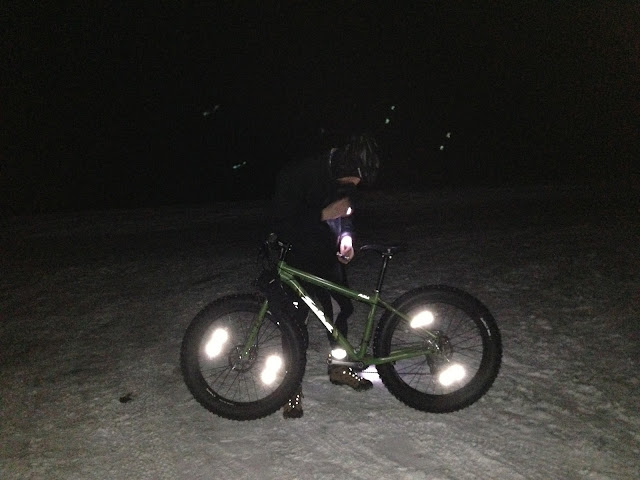 As luck would have it, last night was a full moon, the last one of the winter, and I had the good fortune of discovering who will be on the front line with me when the North Koreans invade the Pacific Northwest. Caleb, who I don't think I ridden with before showed up as a fat tire virgin. He is another of those fast climbing mothers who just make me want to turn around and sit at the trucks drinking beer.  Also along were all round hardcore badasses Jeff, Rob, Warwick and Chad, who continually remind me by their mere presence of my myriad inadequacies. 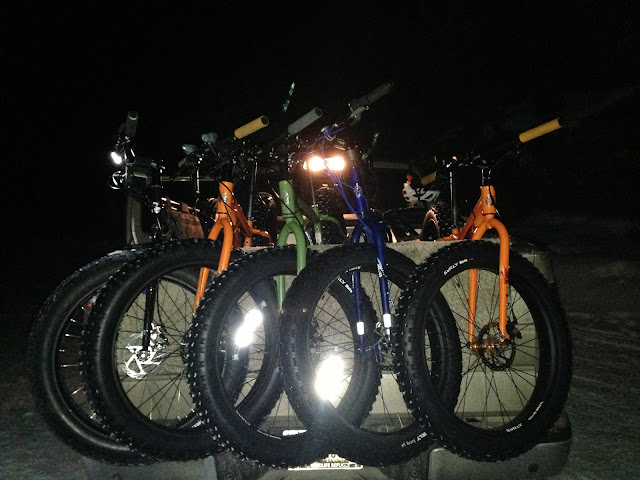 Considering that last summer, during peak riding season, scrounging up 3 people for a Wednesday night ride was occasionally a challenge, getting 6 lunkheads to ride at night in the winter on snow has to be considered a major success. This probably represented the largest conclave of fat bikes in the history of the Bitterroot Valley. So starting at 7:45 the 6 of turned on the lights and started up the groomed road. 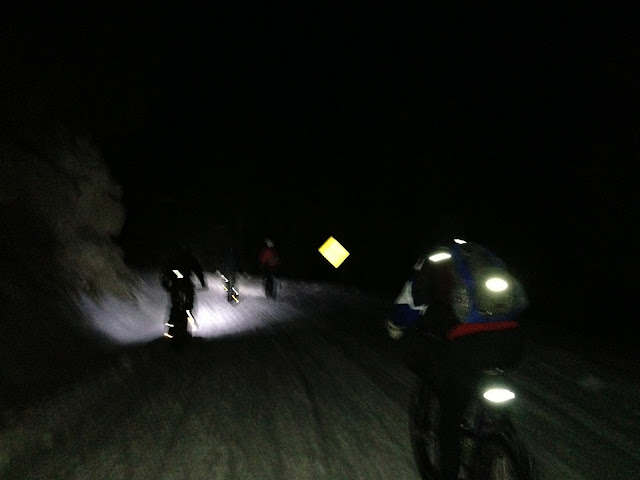 I had visualized a mellow cruise up Skalkaho, but unbeknownst to me the chief Devall had thrown down a challenge to our virility suggesting that we were all too wussy to ride all the way to the falls. So inevitably we sprinted up to the falls. By we, I mean everybody else. While I made it to the falls covered in sweat, and wearing a snazzy warm Red Barn woolie, no one would consider my pace a sprint. 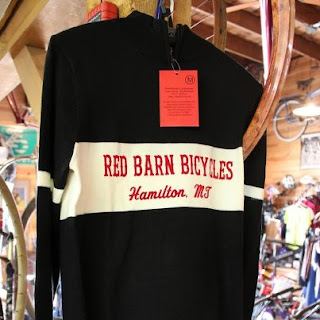 On the climb we crossed paths with a sledneck returning from a quick jaunt over Skalkaho to Phillipsburg for a couple of beers.  The first thing he slurred to us was, "You guys are fucking nuts."  Now while I have a couple of fucking nuts, I have never consider myself to be a fucking nut.  Given my recent love life, fucking and me usually shouldn't be in the same sentence unless there is a "not" between the two. 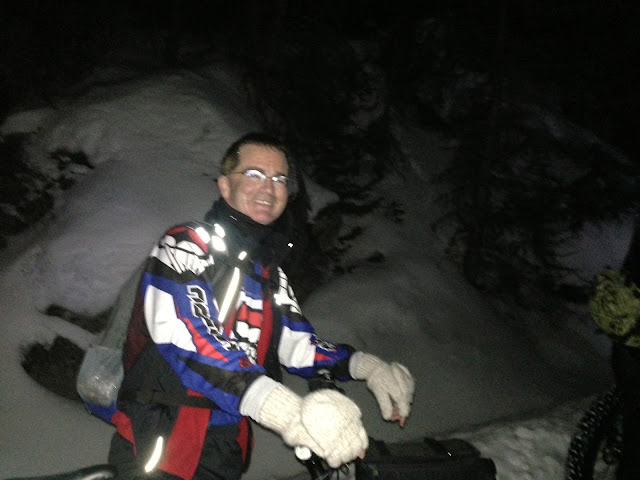 Now while I'm sure that everyone has spent the fall and winter wondering about my adventures in the single life, I don't think I'll venture into that arena quite as much this season.  One summer of failure is humorous, a second season of the same just becomes pathetic. 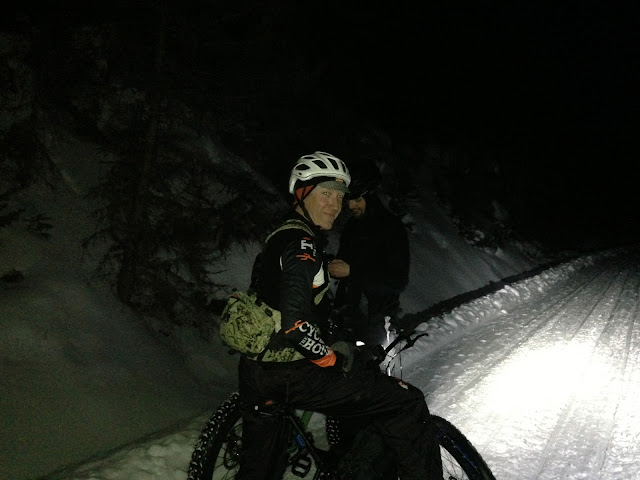 After sharing a beer or two courtesy of Knolly Jeff, and with the sweat turning to ice it was time for a blistering head lamp assisted descent. I think all of us were cursed my numb frozen hands.  I know my hands were curled up in my gloves with only my palms on the handlebar, preventing the option of using the brakes. Luckily after several minutes of strenuous pedaling, feeling returned to everyone's hand leading to a power slide fiesta. 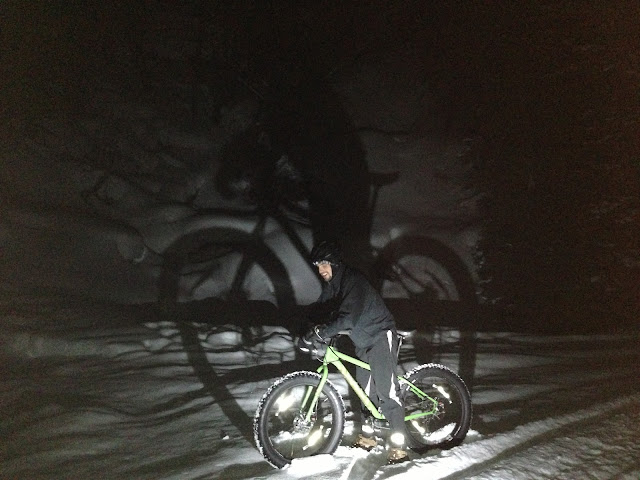 Returning three hours later, I was left wondering why Tracy wanted Chad out of the house for so long. Unfortunately for her it was a tad to cold to starting grilling, so after an obligatory beer, we had enough of standing around in the dark and headed back to town, now with clouds cleared away and the moon shining down.

Posted by MonkeyDoo at 3:13 PM