So who was the joke on yesterday, the six of us who watched the snow squalls blow through the valley every half hour and thought adventure time,  or the remainder of you pathetic candy asses who saw the same waves of five minute flurries and thought maybe I'l wait and see how the weather looks later; then threw another log on the fire and  binge watched the previous Fast and Furious movies in preparation for the Furious 7 release.

Admit it one you your start wavering and claim it will be a last minute call, you aren't going. Hedging bets by going to the Canyons for a climate controlled treadmill and versa climber lunchtime workout.  Lame, that's just giving yourself an out.  You gotta commit.  Yeah, it might snow, it might be windy, you might get wet and cold.  If you can't handle a little weather, shave your legs and sign up for soul cycle . 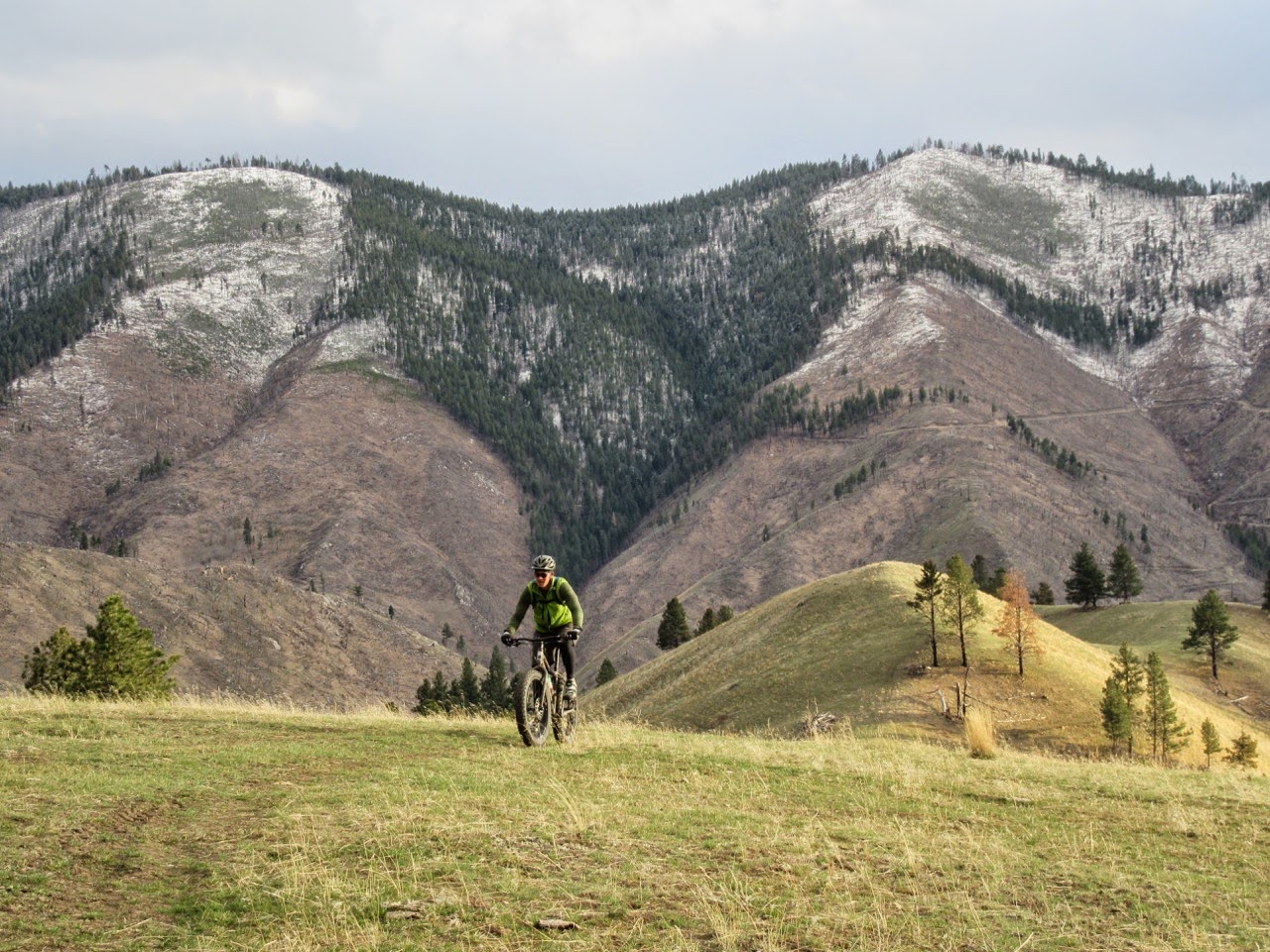 Action follows decision. Instead of sitting there like a teenage girl waiting to be asked to prom, you take the initiative find the long pants, dig up the winter gloves, pack some extra socks.  You get prepared.

How do I know this. Because last week I waited til the last moment to decide whether to ride Coyote Coulee and risk getting soaked.  By the time I decided, the kids didn't have anything for dinner, my chamois was a tad too crusty, I was out of beer, the elk was still frozen and I had the wrong pedals on the bike. Everything became an excuse not to ride. 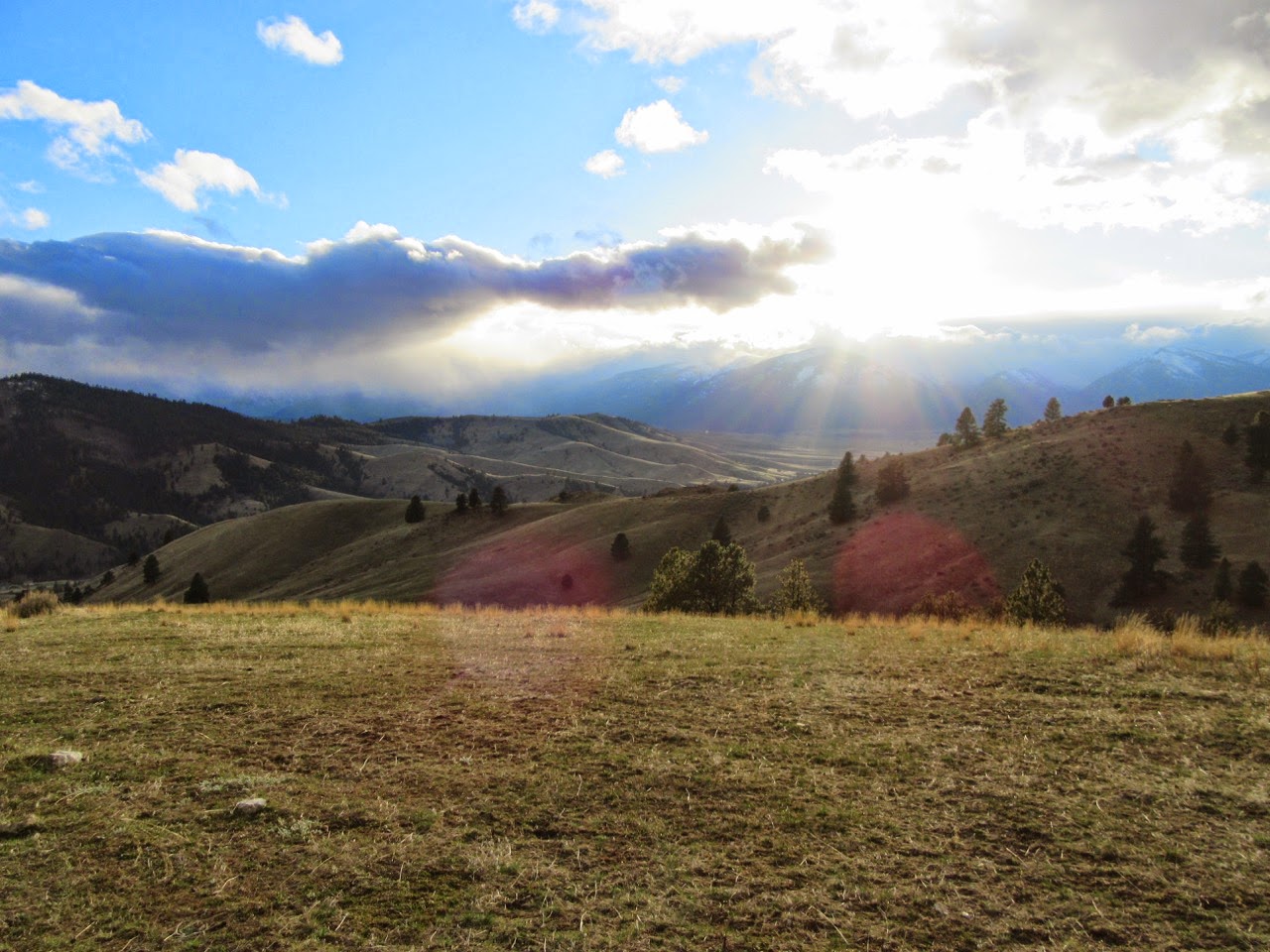 So if you skipped the ride, the joke ended up being on you. The snow stayed either on the Bitterroot side or father up the ridge on the Skalkaho side leaving us with grippy dirt, plenty of sun, and although chilly nothing out of the ordinary for an early spring ride.

Vincent was riding strong, being the boy in the bubble suit must be making him strong. Tim, my favorite babysitter of wayward Missoulians has adjusted his schedule to make at a least a few rides with us again. John was back with his perfect attendance record. Aaron either came fully prepared for a blizzard or was using his fat bike for a crash fitness program.Jeff  led us on a newWednesday night adventure with a figure eight route up and down both Brennan and Newton gulches. Along the way we crossed paths a golden eagle, and shadowed a herd of elk.
Posted by MonkeyDoo at 3:08 PM