Here we are, its not yet spring and we are already in full swing Wednesday nights, now with two rides under our lycra. I missed the kickoff over at Soft Rock and I'm sure it was a smashing success.  For week two we stayed on the east side and headed down for the early season leg burner of Sawdust Gulch. We doubled last week's turnout with a twelve showing up. An extra anti-social Mercedes station wagon driving lone ranger misanthrope slipped in an hour early and slipped back out before the rest of us returned and bumped the total up to bakers dozen. The Lone Ranger reported that a pair of dirt bikers were having a grand time spraying rooster tails of soft dirt while lapping Rocky Gulch, but as he was lacking Tonto he let them be. 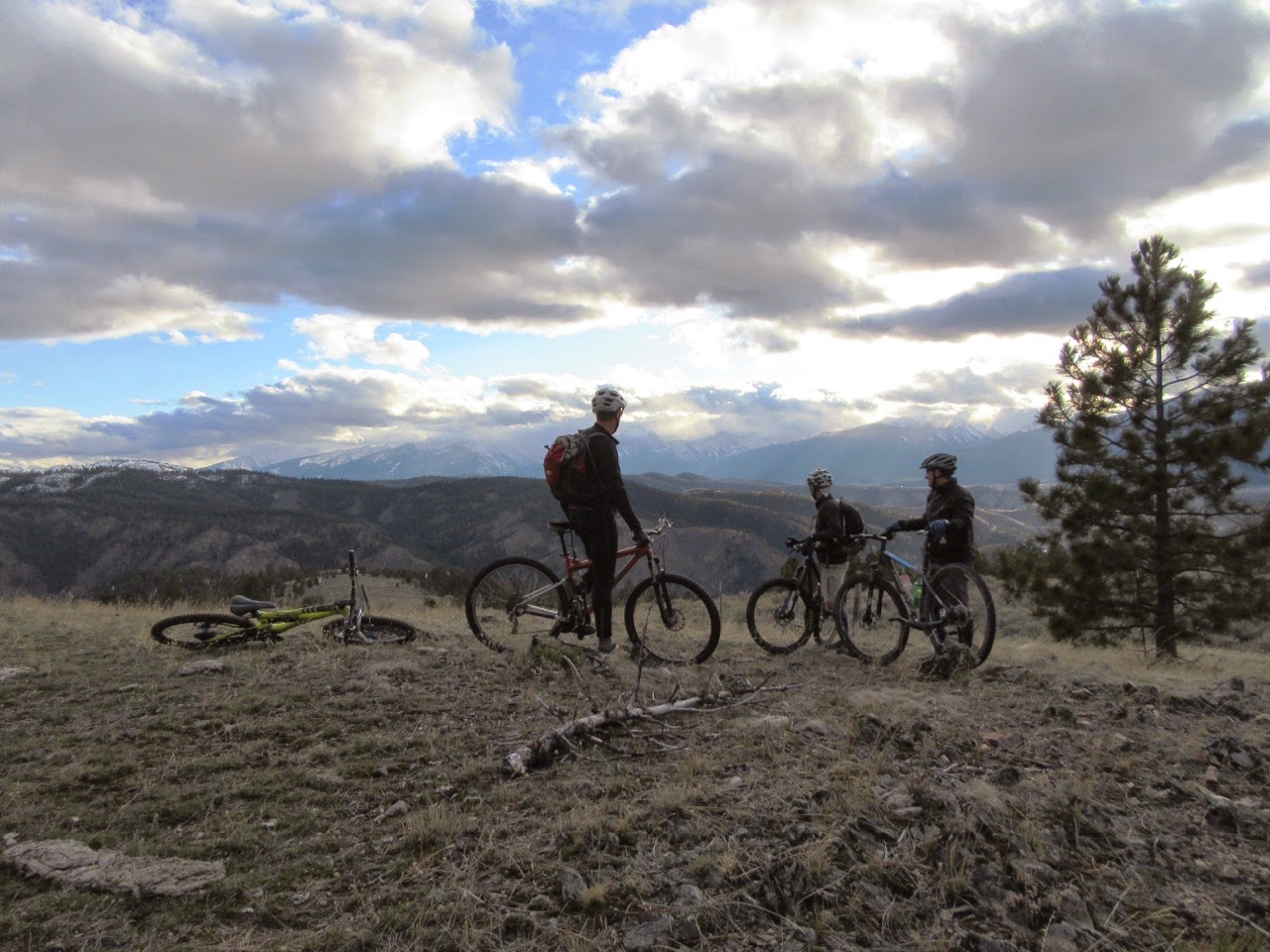 After a spell of writer's block the began back in last August, I'm hopefully reenergized for more self flagellation and erudite musings of life, the universe, and everything, or failing at that more potty fingers. 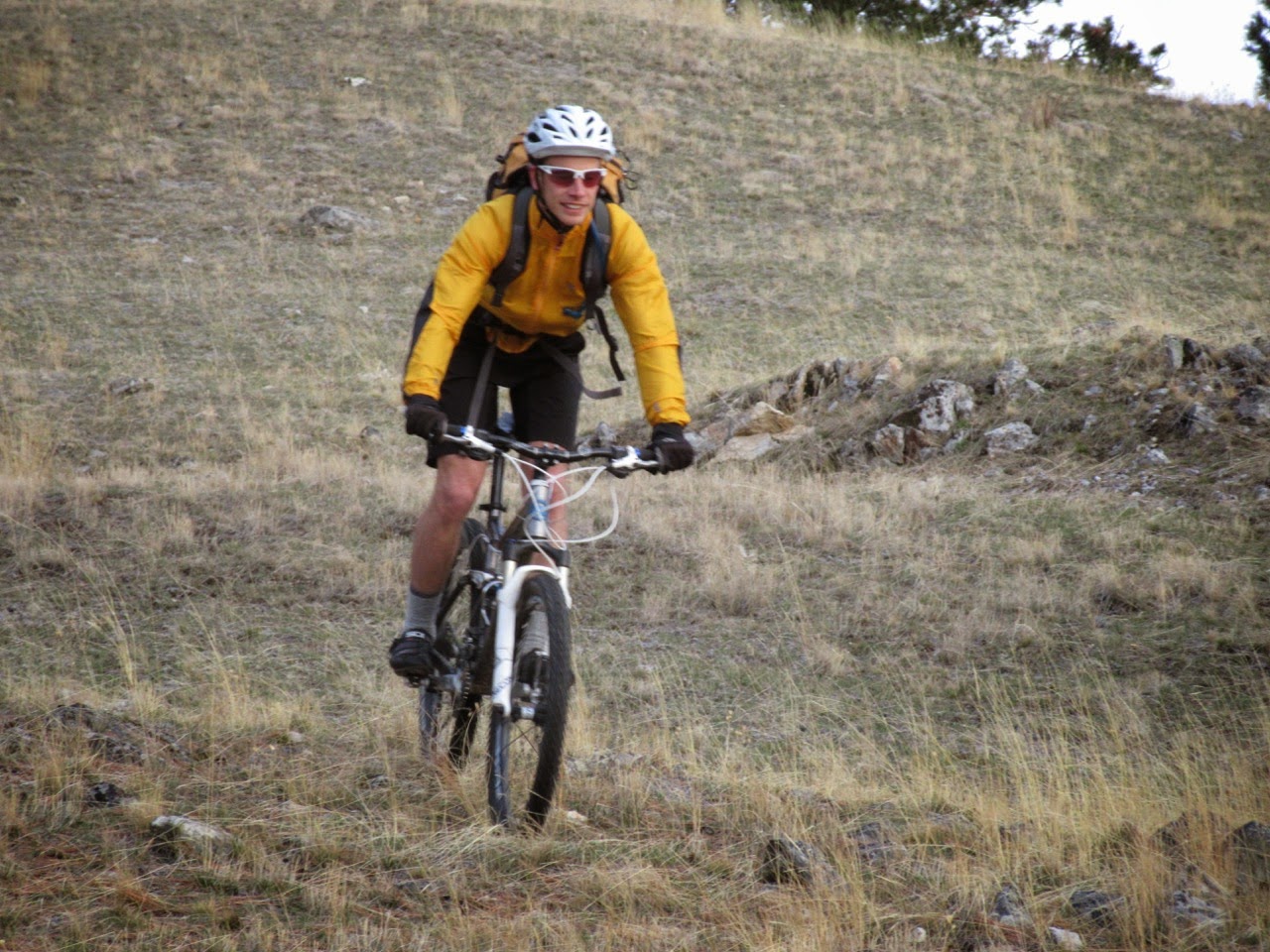 Once again I'm the reluctant and default proud tail gunner.  Even some guy on a new overheard blue carbon Tall Boy who scrambled from tree to tree for breathers out rode me.  No wonder I'm now know as Br'er Rabbit, and not for my fecundity, or my blazing sprints, but rather for the molasses.  I may be molasses, but my feet stayed firmly attached to the pedals.  Tom, after a long hiatus returned, and for his steed brought a rigid single speed.  If I had attempted such a feat, everyone in the valley would have the pop, and Warwick would have found my patella floating along the shores of Lake Blaine. Cory on his second ride after a winter and fall on discontent was back on his bike, riding fearlessly his hip now healed.  We ended up refining last year's route, including the anthill free for all scramble to the top.  While this year's prolonged sidehill on intermittent game trails over and through the sagebrush was an improvement on last year, in retrospect we should have followed the rebel brewmaster instead of our illustrious leader, who in a rare misstep almost lead us into a terrain trap. 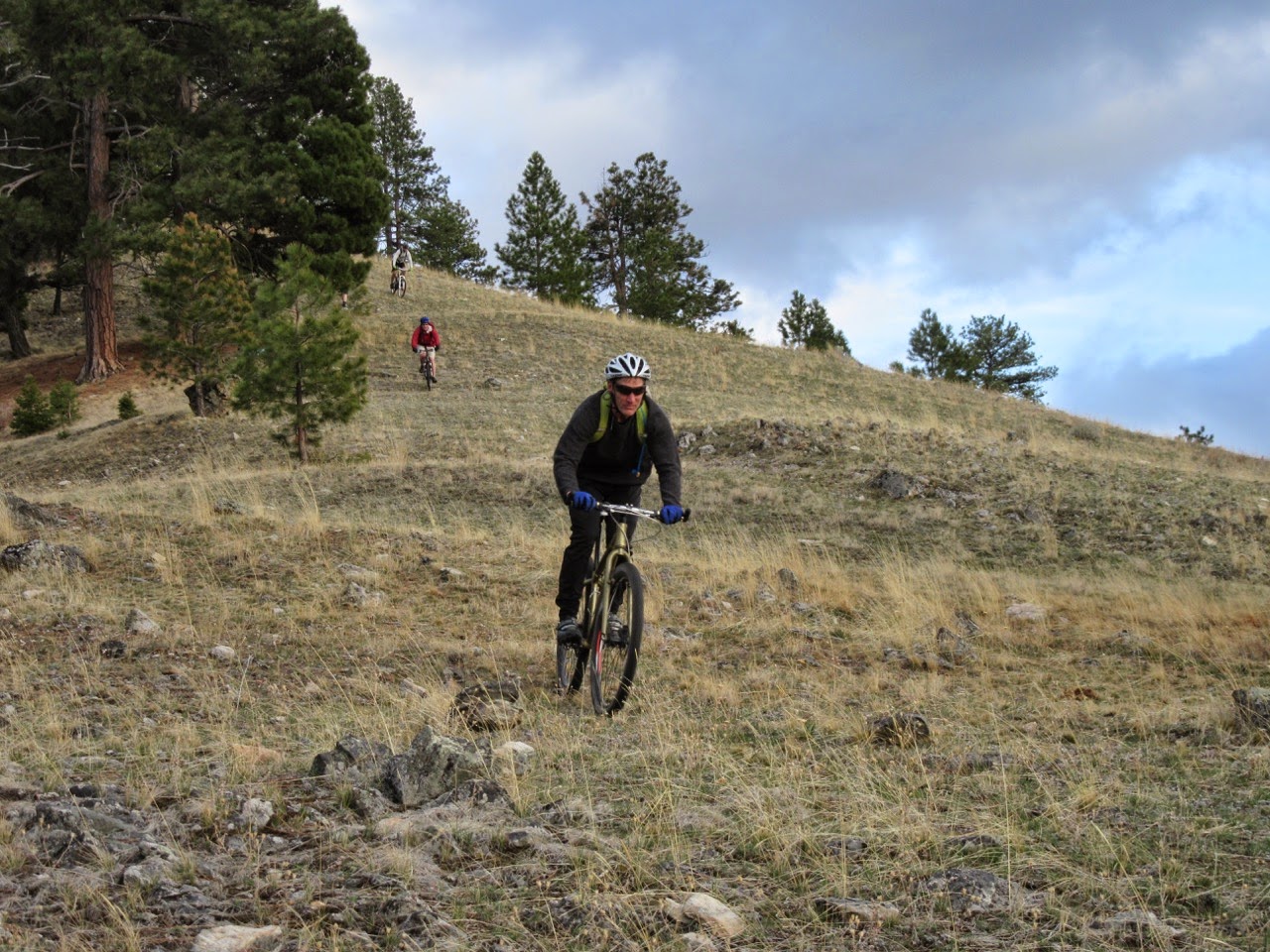 For those of you who are still stuffing a sock in your undies to enhance your package or have had a unforutnate encounter with the top  tube, there is hope. The big news for those who don't keep track was the world's first successful penis transplant in South Africa; still the dream of a detachable penis have yet be achieved.  While the rumors are true, and my penis is not currently getting put through its full range of activities, I am hopeful (even if the probability is slim to none) that in the future it might see non micturation action,  so as of this time I'm not willing to take one for the team and donate it to a more worthy recipient.

For those who have been told to grow some, you are still out of luck as the transplant only involves the swizzle stick and not the tea bags, the bat and not the balls.  In other words just the pecker, peter, dick, stick, prick, tube steak,  love rocket, willy, trouser monkey, devils horn, one eyed snake, love machine, staff, cock, dreamsicle, woody, third leg, or the purple headed monster. Not the rocks, stones, nuts, jewels, cojones, or sack. While reading of last year's ride report, it is clear I sucked just as badly at the beginning of last year, and I'm debating whether I should take solace in the fact that I feel this way at the beginning of every season and this year with my celibacy I should have the opportunity to get in back shape riding Tuesday with Quentin and the roadies, the usual gang on Wednesday, the RML group on Thursday, and with Beau and Caleb on Friday. I was talking to Beau about his Fridays where his usual loop leaves his house, takes the backroads to the Gold Camp side of Coyote Coulee, then to Lick Creek and back Old Darby Rd for 30+ miles.   Not that I really have much to to Friday nights, but I think that might leave me a bit fatigued for any weekend fun time.  Maybe I'll let Beau just lap me. 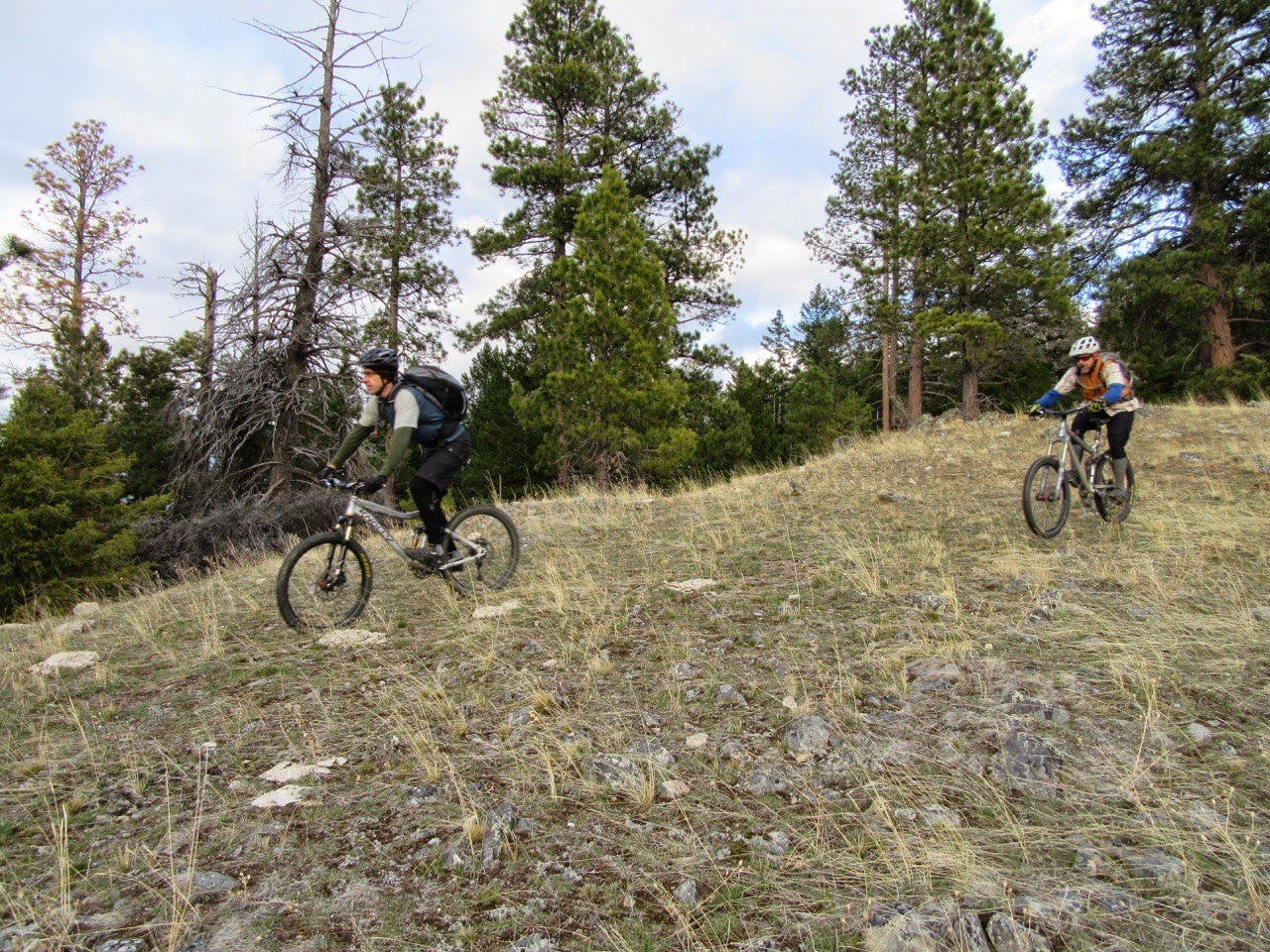 The premature departure of the sun reminded us that we were here three weeks earlier than last year.  Still with the relatively short evenings we managed 7.5 miles and 2000' vertical.  I had a vague recollection that the last few descents were on the steep side, but I had forgotten that they were that puckering.  Finally two days later  my sphincter has relaxed enough to allow me to crap. Despite a few spills and headers, no blood was spilled.
Posted by MonkeyDoo at 12:33 PM