I had a frightening experience last night. I was pushing my bike through another of the countless rocky sections, and I thought to myself, "This is kind of fun trail. It reminds me of Blodgett, or (wait for it) Sleeping Child.  I wonder why we don't ride it more often." My next thought was, "Did I just think that?" With that, a terrifying realization washed over me. I'd gone native. I was hiking my bike not riding it, and as an example of a fun trail I was comparing to Sleeping Child.  This was confirmed a few minutes later when I came to fallen log and wished I had my saw so I could clear the trail. 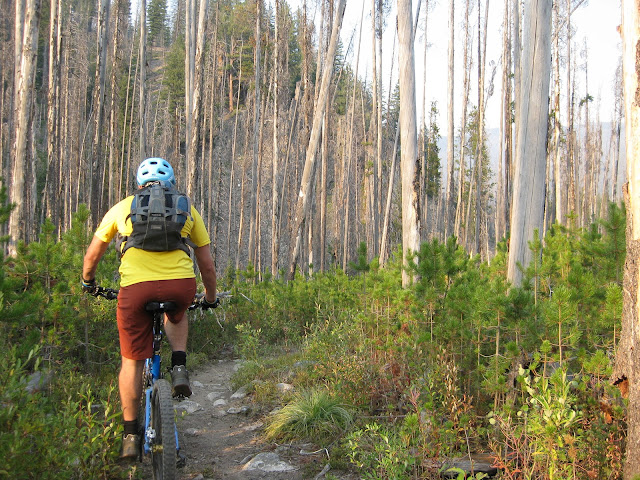 I need to get out of the valley, maybe to the Rattlesnake to remind myself that bikes are for riding, not pushing, and that trails can come without rocks. Otherwise I'll be hanging out with Shreky saying things like, "If  that goddamn mother fucking spawn of the rancid vaginal secretions of a toothless syphilitic whore could only have shit for brains it would be an improvement." Shrek, I need some advice. Vaginal secretions sounds a little clinical. Would  "putrid pussy juices" be more Darbarian? 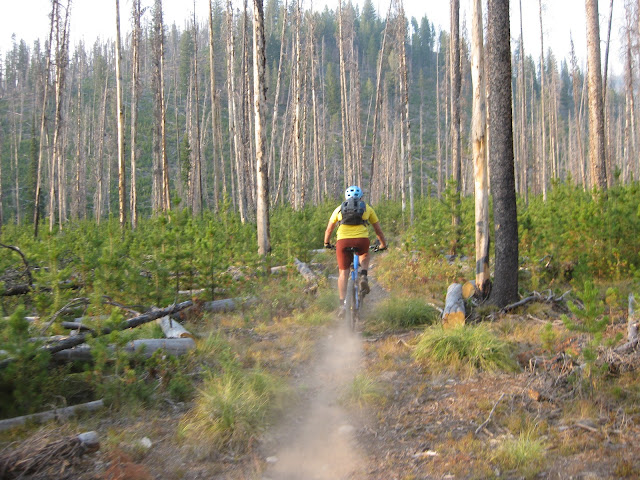 On a happier note. I didn't need to do the ride alone. I have realized that when I ride I bring along somewhere around 100,000,000,000,000 little microbial buddies.  While we do communicate, mostly by chemical messaging at the cellular level, I can't say they are very good conversationalists, so it is good thing that Eric came along. 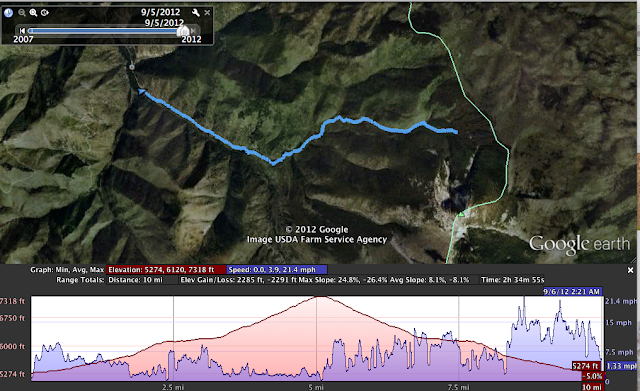 For those who have never ridden the 503 trail, which is probably most everybody.  Go up Rye Creek road from Skalkaho. Go past fucking Railroad Creek. Go past that dick breaking Weasel Creek. Stop at the next damn trailhead.  Someone, bless his hairy crack, had cleared the whole thing. (Feel like shooting some wolves, and mountain lions, and baiting beers.)  We saw mountain bike, horse, and dirt bike tracks, so I'm not sure who did the clearing.  Just nice for once to have had someone else do the job,  although I'm guessing it was people getting their hunting camps set up.  More like a lap dance at Shotgun Willies. A little over 5 miles up, the trail meets up with 313, where a right turn will take you to Jerry Lake at the base of Fox Peak. Not that we made it that far.  Diminishing light and a late start forced us to turn back a little short of 313. As far as the trail, the first mile sucks you in on what appears to be an old road grade. Then there is a creek crossing and things get nasty, though not as nasty as a logging camp hooker.  On the way up there was always just a little too much dust (insert old prostitute simile here), one too many rocks like a siliconed up stripper, and a wee too much incline to stay on the bike kind of like trying to keep to love pistol on the bullseye while swinging on the trapeze.  Going down is a different story, every obstacle on the way up became a toy.  Reminded me of that AR-15 vs wolf pack, or was that a pack of gummit agenda 21 agents, fantasy.

While most of us hung around the valley huddled inside try to avoid the pall in the air, Chad and Gager went riding down in Park City. They look like they were having too much fun for having just climbed somewhere around 14,000 feet of vertical on single track.  Great job representing us at the Park City Point to Point against all those skinny-armed leg-shaving manscaped cross-country racing San Francisco loving pretty boys. All of whom, can kick my ass 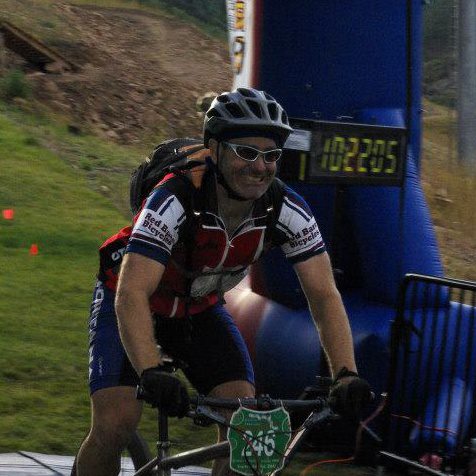 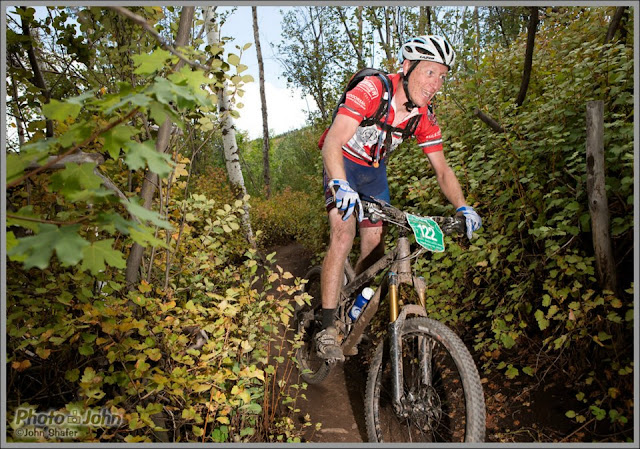 That's it for now. I think it is time for 6 pack of Olympia.  Shit, did I just write that, don't quite feel like myself. I meant some IPA, or a single hop, Oktoberfest, Ranier.  Nooooooooooooooo.

Posted by MonkeyDoo at 9:06 PM