This weeks ride report has preempted by important news.  Buttercup was awesome as usual.  Feel free to read last year's report.  A different cast of character, otherwise about the same.  To the new faces, welcome.

It is with a heavy heart that report the passing of a good friend and fellow rider, J Hanrahan. When I first started riding with the posse J was always there with a laugh and smile. Once I eventually managed to acquire the endurance and skills to hang with pack, he was the one I tended to hang with on the climbs, and not just because he sported a cute lycra clad butt while the rest of us tended towards baggies. 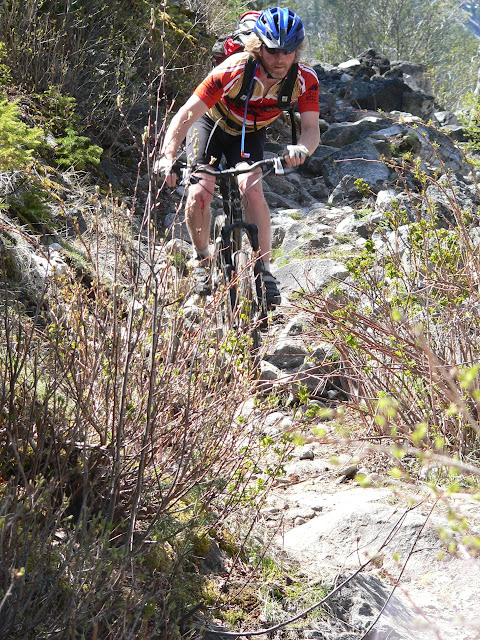 I remember a couple of years ago convincing him to join me on a to early in the season Warms Springs/Fire Creek Loop ride, trooping through snow on the ridge top.  On the descent he generously and with his usual laid back cool rode sweep at my pokey pace far slower than his usual high speed descents. 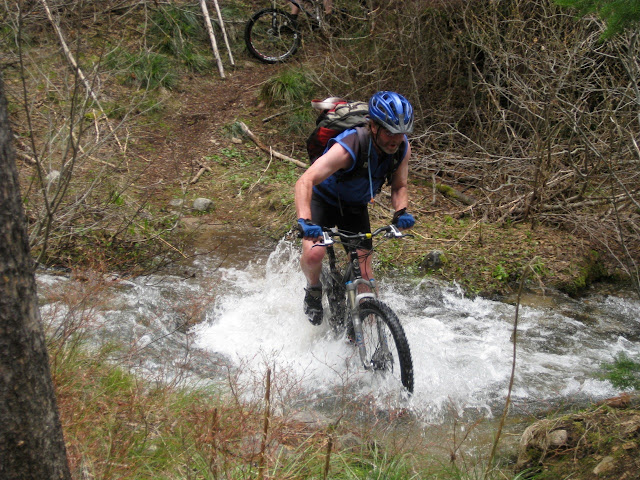 I have lost count of many times we have been out on ride with frozen feet from trekking through snow and crossing stream overflowing with snowmelt.  Long days of sore asses and fighting the urge to lay down and take a nap. 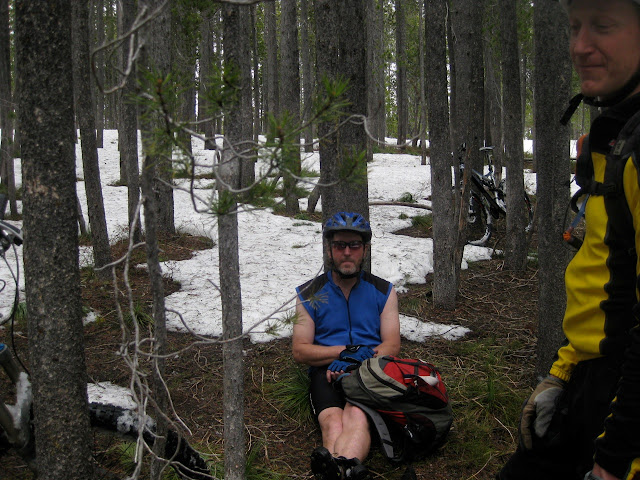 There is one moment that I will forever be grateful, after a ridiculously cold ride at Coyote Coulee my feet were numb and despite fresh dry socks, I was having a hard time standing and enjoying the post ride camaraderie.  Sitting in the cab of his Toyota warming my feet with the engine running, resisting the urge the cry like a school girl as warmth and feeling returned to my toes in stabbing waves of pain. 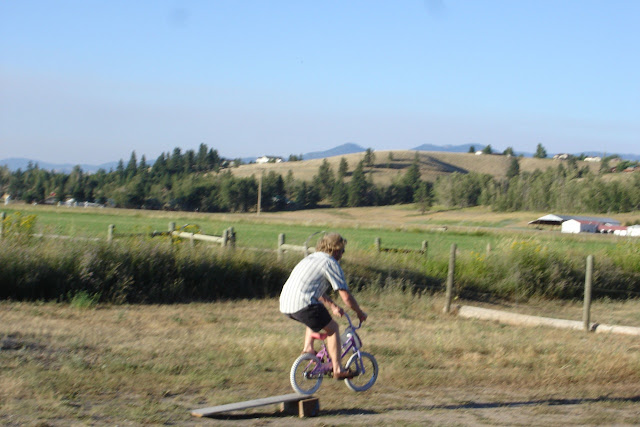 Beyond the curly blonde locks that he can still wear over his collar, something I will forever be jealous of since my ponytail has long since been a victim of male pattern baldness, I will remember the perennial loafers on his feet before and after rides. 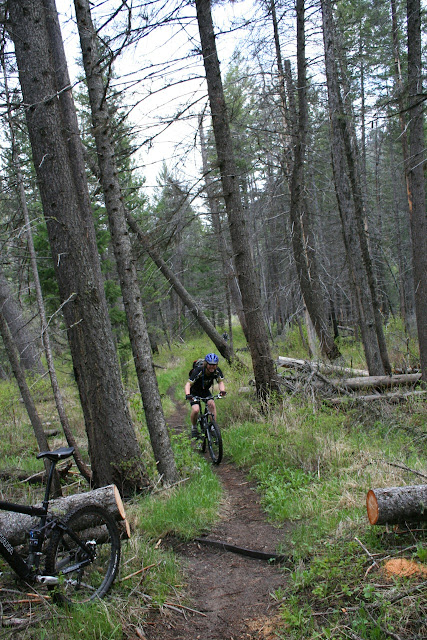 J was last seen heading off to go fishing  along with a cooler of his tasty all grain, no store bought extract, home-brew.  He is survived by his long time partner in crime Shrek, his wife Mo, three daughters, and I think even a few grandkids.  If you run into his ghost in town, remind him that even ghosts are welcome to ride with us, especially if they supply the beer. 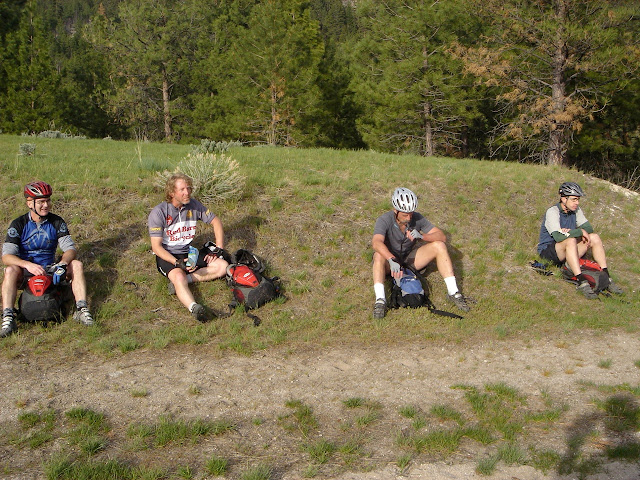 I have heard that bad news and deaths comes in threes, so with some alarm I must report that two other members of the old guard have been reported as missing.  Our favorite Kiwi, and former dictator for life was last seen at The Canyon sweating profusely as he pushed himself to the limit going nowhere on the Versaclimber and muttering something about it being too cold to go outside. Hopefully someone checked the sauna to make sure he wasn't passed out inside. 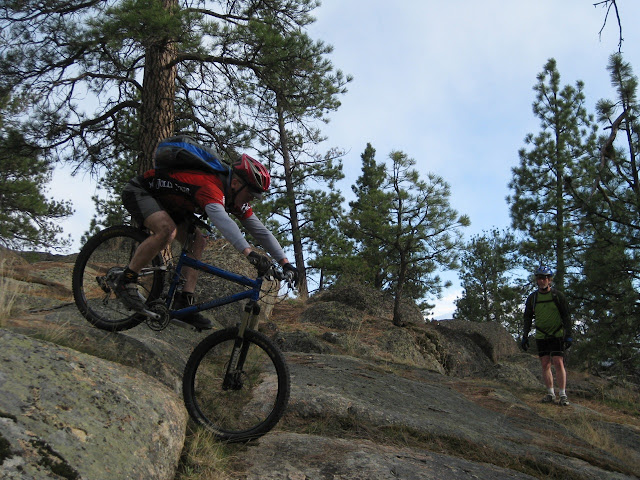 Dean the Machine was reportedly in Moab mountain biking last week,  but the source is unconfirmed and of dubious reliability.  Until physical proof or visual evidence of such an event is obtained this will remain in the realm of rumor.  He was last definitely seen wearing running shoes and running shorts at something called the Boston Marathon.  He was not among the list of those injured by the blasts, and his location since has been a mystery. 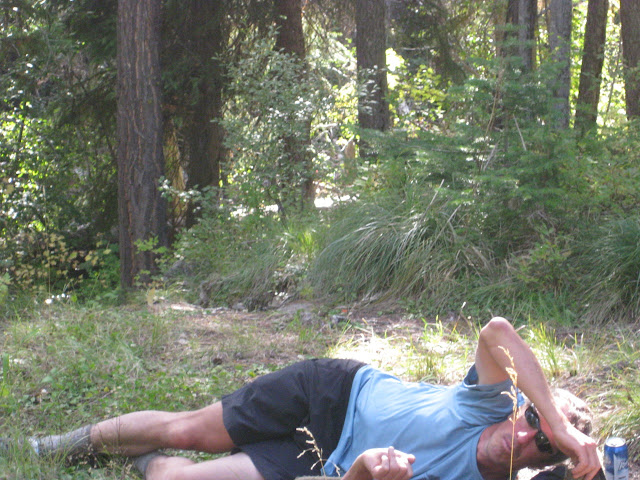 As I get closer to middle age, one fact that I have to face is the inevitable loss  of friends and colleagues.  Along with the above three metaphorically missing people, I can't help but think of the others who for various reasons no longer ride with us, whether due to physical issues or moving on with their lives.  I came across this following photo and realized that everyone it no longer rides on Wednesday night, or in Jean's case, is soon to leave us. 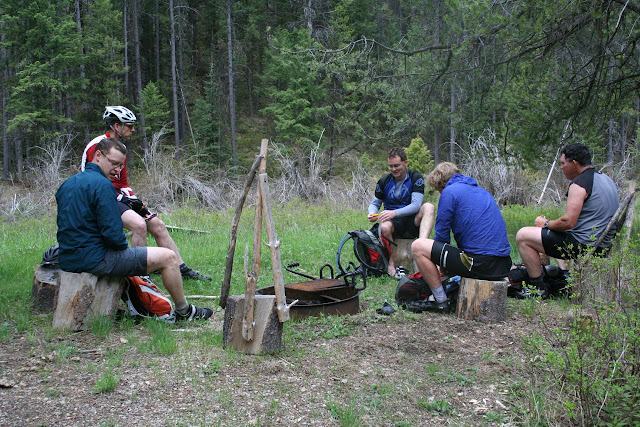 Riding Buttercup last night and afterwards drinking beer with friends new and old, I was once again amazed at how lucky I feel to have met such a amazing group of people.  To be honest I have a hard time imaging my life in the Bitterroot without the folks I have met while on a bike. 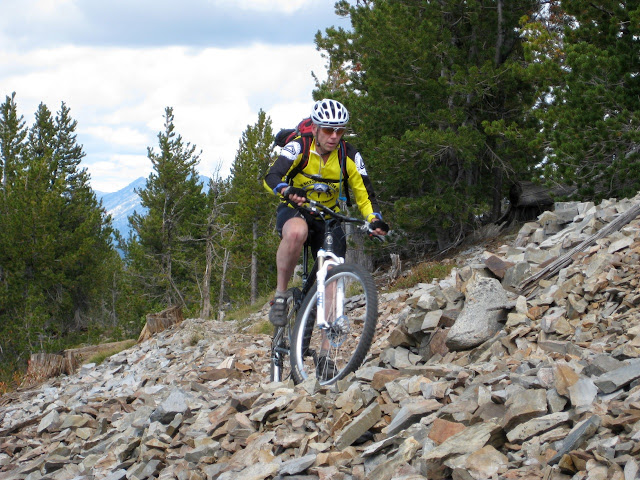 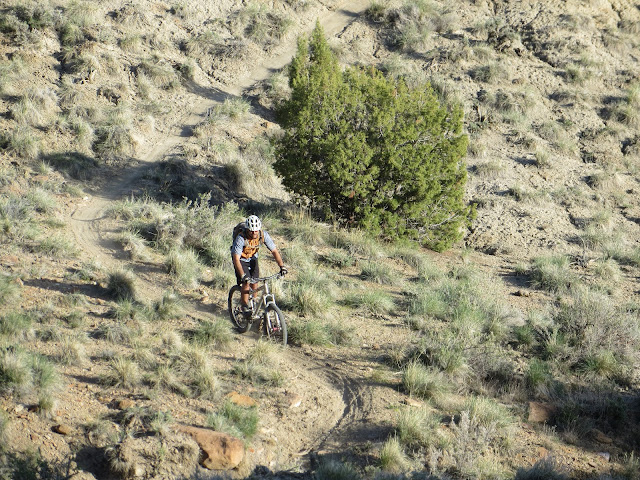 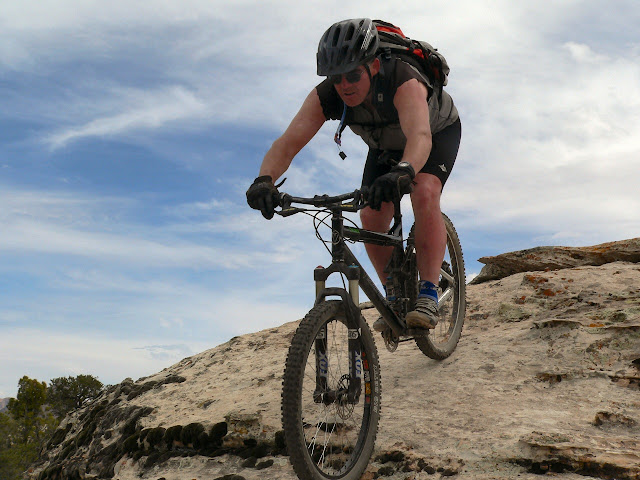 So I guess what I'm trying say without getting all beer commercial sentimental on you is get off your lazy fat asses, tell your wife, your girlfriend, boyfriend, or pet fish that you have an emergency because, goddammit, we miss you mother fuckers