There a times that I appreciate the presence of a vibrant and active mountain biking community in the valley. Not that yesterday was the ideal example, bundled up in hats and puffies on the side of the road with lum, but in a complete reversal of the last few rides,  no grill.  I assumed we would go back to the barn for the as we traditionally do after riding Buttercup, since the turnout next to Little Sleeping Child Road lacks a decent place to relax post ride.  Whether it was because it was already 9:00 and cold, or because we have turned into a bunch of road weenies, no one was motivated to relocate. Luckily we at least had beer and chips, otherwise we had totally lost our credibility as a beer drinking club with a biking problem. 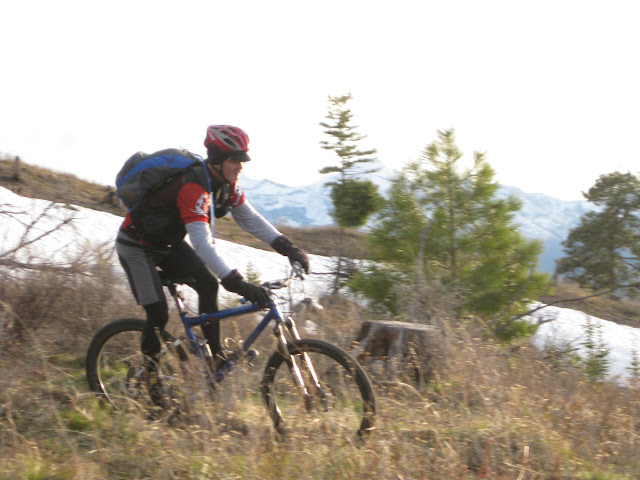 Before I moved here, I was living in southern Colorado in a small town about twice the size of Hamilton. There only bike shop in town only sold cruisers, and after 10 years I managed to find one other guy who mountain bike, but at heart he preferred shaved legs and skinny tires.  Plus, there were at most three or four trails worth riding. So living here I'm constantly amazed that you can 8 people to get together on a Wednesday night regardless of the weather for ride.  I'm even more amazed that some people will even go out on the preceding days to make sure the trails are clear. 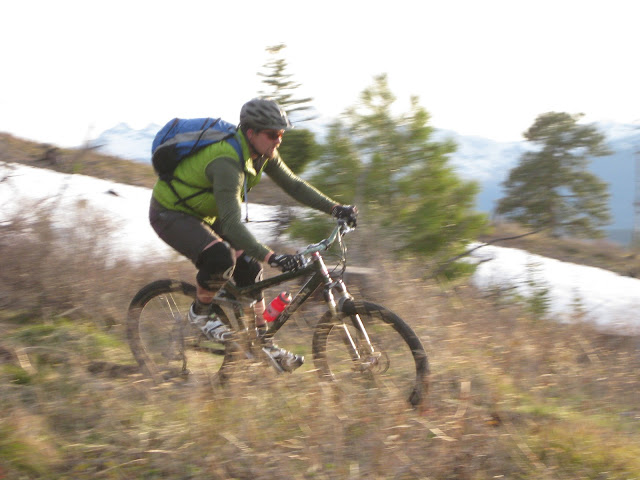 Many thanks to the Bitterroot Backcountry Tree Service for clearing Buttercup from the bottom up. Somehow they missed the memo that the early spring heat in late April had melted the snow and the trail was accessible from above.  More thanks to Warwick, who anxious to try out the fancy saw he won at the Bitterroot Backcountry Cyclist's movie night, made the first foray up into the Sleeping Child hills to discover the premature melting of the snowpack, and along the way cleared most of the downed trees. 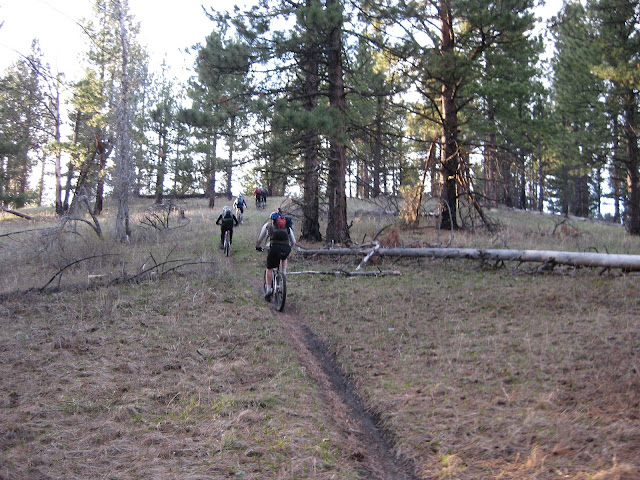 Despite the fact the I was much closer to Moab when I lived in Colorado, my visits to the canyon country were usually solitary affairs, that ceased entirely with an ill fated decision to get married. So I was stoked that I was finally able to arrange my schedule to head south for a few days, just like it seems everybody else in the valley was doing. In my case to it a few of the Moab classics like the Porcupine Rim and Sovereign before heading over for a ride on the White Rim.  I thought about writing a post about the trip, but there were no fire jumps or drunken wrestling matches to report. In general the riding on the White Rim reminded me of riding in southern Colorado: hot, dry, with a bunch a plants with pointy pieces. Although the views in Moab were significantly better. 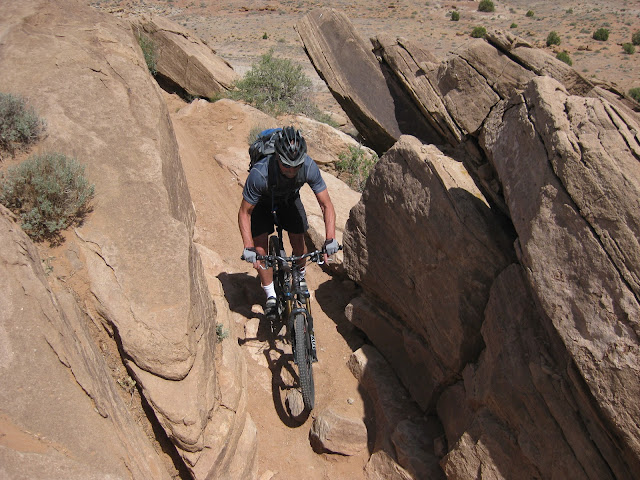 As glad as I was in Moab that I was using the Lyrik DH fork, sometimes you see something that helps you realize that we are too obsessed with fork travel, wheel size, gears and discover that the Chicken Crit had it right.

And sometimes you get a second reminder. 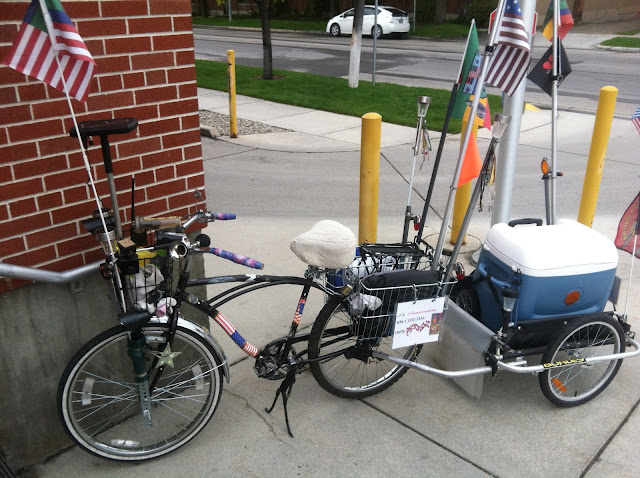 As I have mentioned in the past, past Buttercup is one of my favorite nearby trails.  Even being one of favorites, I always wished it could have more downhill, more single track with several more steep climbs that leave you wondering whether you had your pertussis vaccination, and less time on fire roads.  Wishes do come true. We discovered that taking the dirt bike track at the main fork in the road rewards you with all of these things. 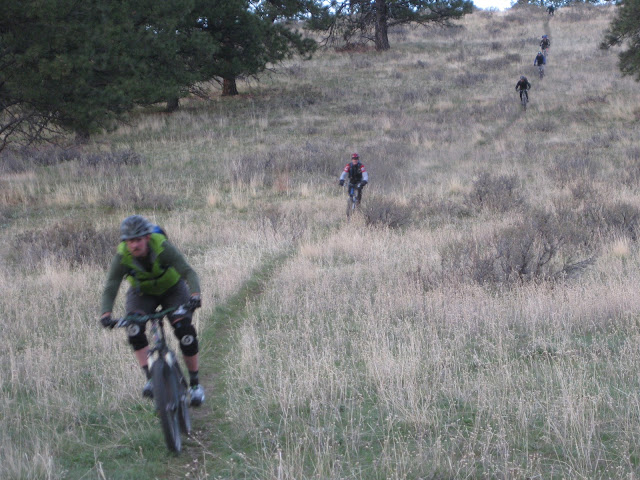 As much as we bitch about the road portion up Sleeping Child, with a consistent amnesia regarding it's length ( the origin of the famed, just a couple of Warwicks), it has one advantage. It gives you time to talk. Something that is challenging on single track.  I'm not sure if it was this ride, or on the tree clearing ride, but somehow the subject of crotch comfort came up, and someone mentioned that his all time favorite saddle had been previously contoured by Heinzen's hind end, and that a new replacement saddle, identical to the original, except for a lack of previous exposure to flatulence didn't fit the same.  Personally I'd rather have my saddle broken in this way. 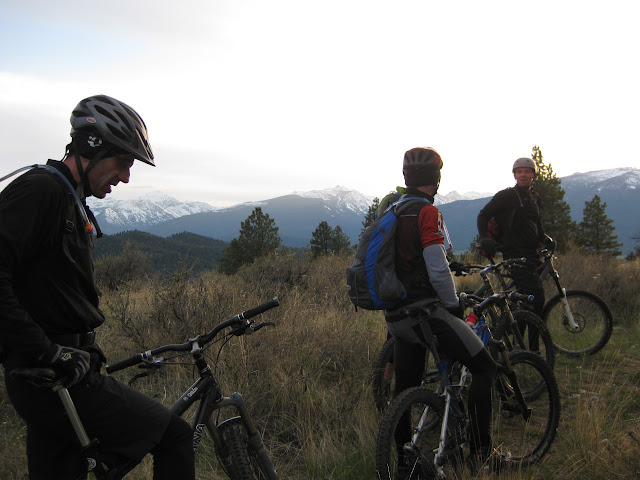 Our rides on Buttercup are a harbinger that the days are getting longer along with the rides. Hope everyone has been riding. Get ready for the big days.