You've been here before. Steven King said that his favorite opening line for one of his novels, and if was good enough for him, it's good enough for me to steal,  and I guess that is true figuratively : a hot  fire road climb, a whiff of smoke in the air, riding on Wednesday night, clearing a few downed trees, an overgrown creek side trail with hidden holes. 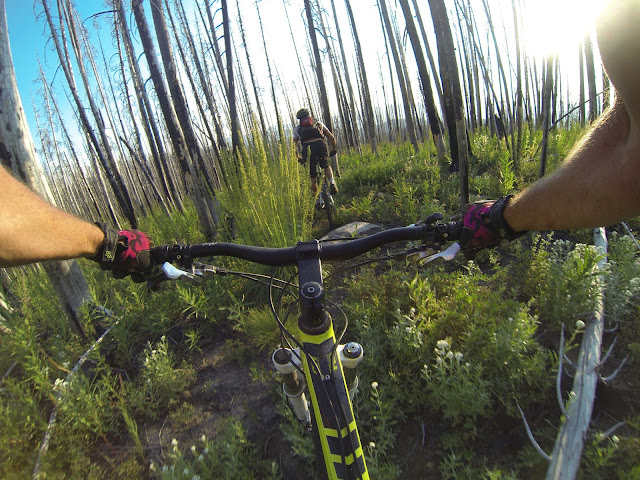 Literally almost none of you have been here.  Probably only five of the Wednesday riders have ventured onto Railroad, and even fewer have risked the bottom creek.  This season Jeff has made it his personal mission to clear the trail and we finished it last night removing the last few trees on the upper half mile.  This trail continues to grow on me, and all it needs is traffic to reestablish the trail. Sadly this week our numbers were down to a duo, me and the current dictator for life, so the trail remains a mere thread in places, and occasionally vanishes entirely. 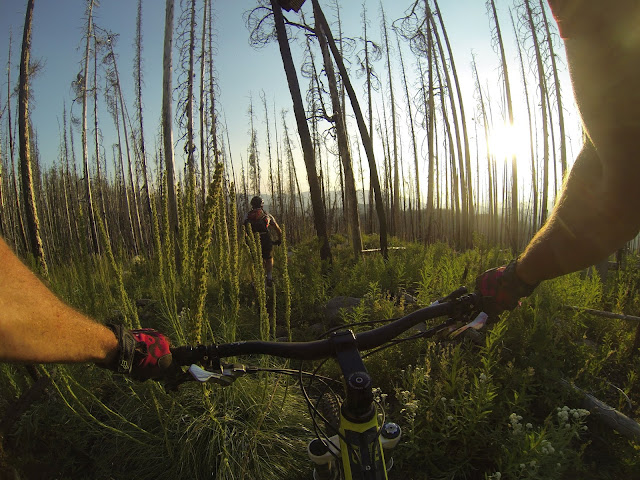 You haven't been her before.  I heard the excuses. " I was working late."  "I'm resting up for the Como Tri." "I'm tapering for the Butte 50 and/or 100."  "I was having Italian Festivities."  At least the last one was original.  Since I've never had a woman try to entice me to skip a ride with an an invitation for  festivities, whether Italian, French, Vietnamese, or even English, I'm not sure what I would do. 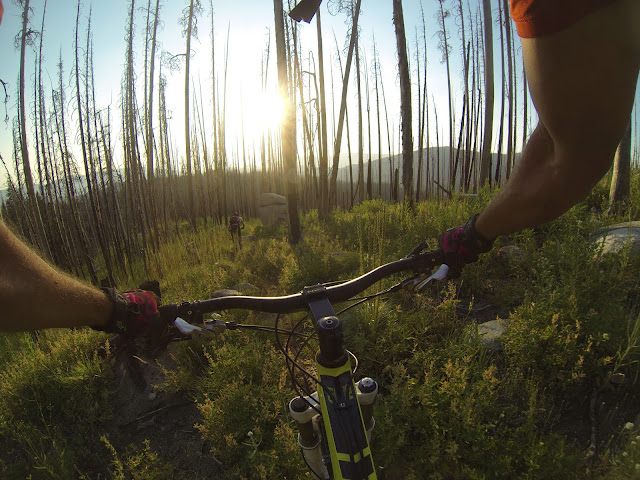 You probably haven't been here before.  You are middle aged, fast approaching over the hill, still single, still trying out the online dating gig when you get this response to an email,

"Okay, that was pretty funny...definitely made me chuckle. :) Thanks for your note. I do appreciate your interest and you sound like a really good guy.

I never know quite how to say this without sounding extremely shallow, because I'm really not...but over the years I've figured out that I'm just not a girl who's comfortable with being taller than the boy. It's obviously not a reflection on you and is clearly my own thing. But, despite my giving it a shot on many occasions, I just end up feeling "big", and being almost six feet tall, have spent more of my life feeling that way than I'd like, so have just kind of made it a rule of thumb to not put myself in that position.

So, again, I really do appreciate your note and wish you the best in your search, and I can only hope you don't think I'm completely ridiculous anyway. :) Take Good Care..." 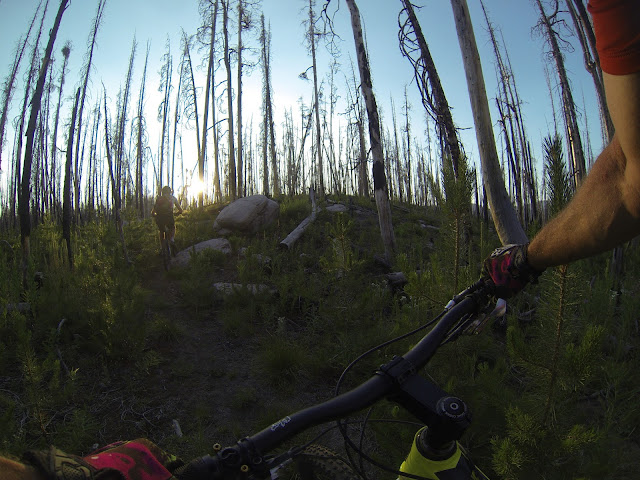 Can you imagine if I have wrote back to a woman and said, "Don't think I'm shallow, because I'm not, but your breasts are just too small. If I can't get a nice handful, my hands just seem huge and I feel like I have Marfans." 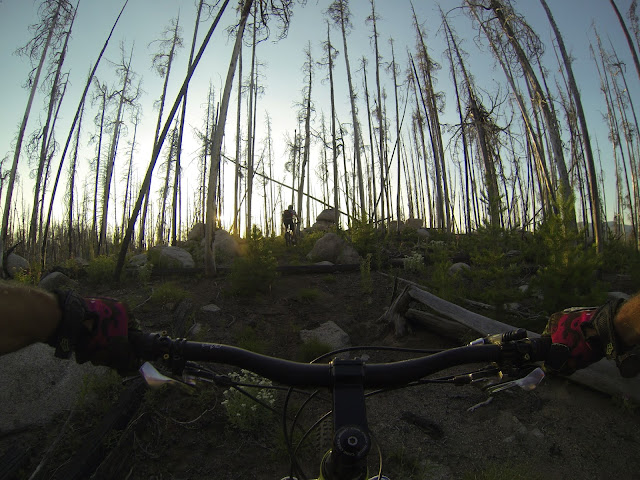 OK, I get it society makes it hard on taller women, unlike slightly below average height men. Some of the preferences are genetically hardwired, and society has other expectations about masculinity  Still I guess this irritates me, probably since it's not the first time I've been blown off for not being over 6'. 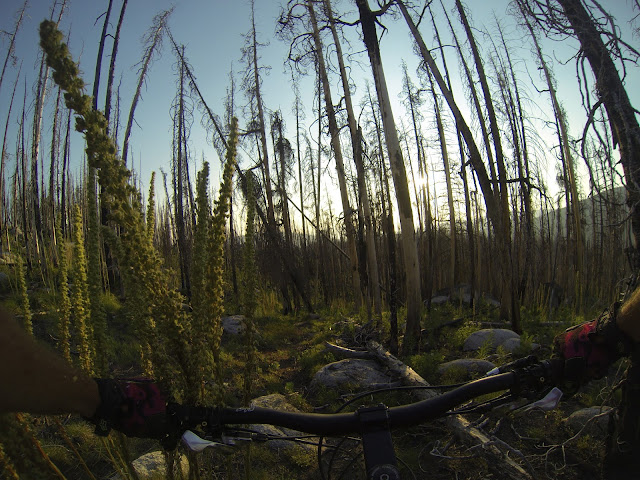 I still trying how I'm going to have a talk about girls with my son, who appears destined to inherit my scrawny proclivities.  "Son, you just have to accept that now matter how smart you are, how funny, or athletic, how big your dick is, how much money you make, some women,  actually a lot more women than you would expect, won't go out with you simply because you aren't tall enough. 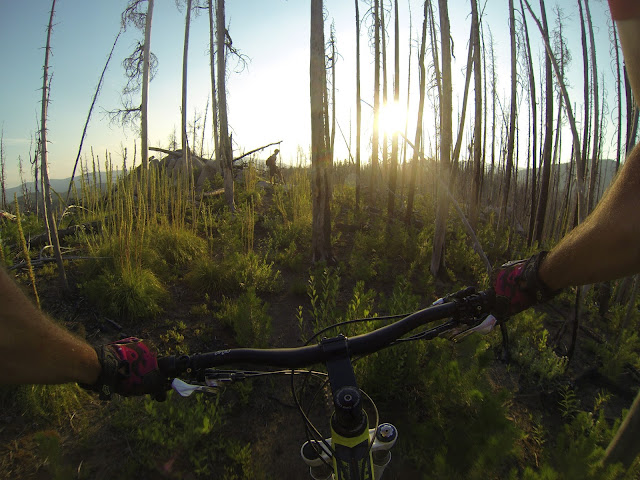 You've been here before.  Riding down a trail chasing the last rays of light. 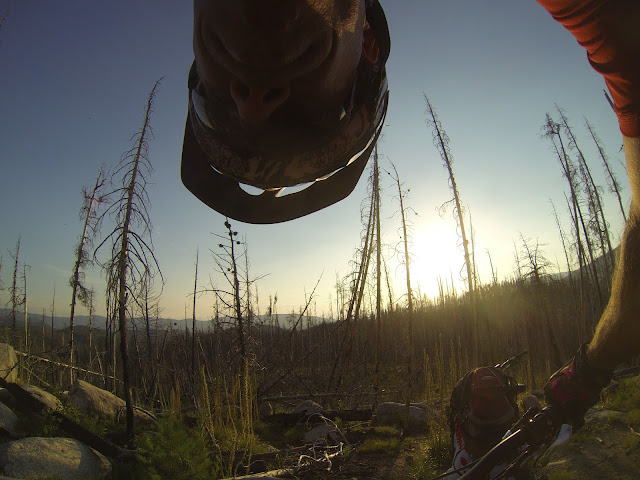 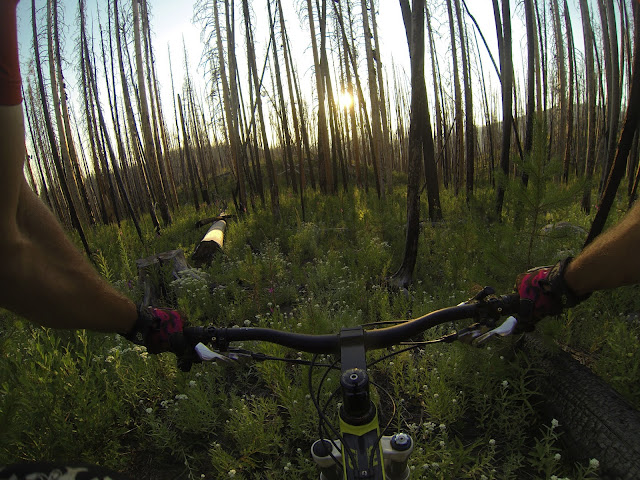 You've been here before.  Beer and barbie at the the car. 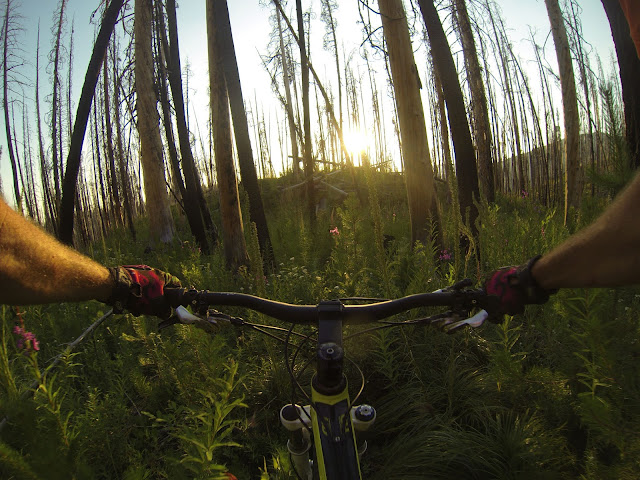 You'll be there.  Next Wednesday. Blodgett Canyon followed by party at Beau's.