Every so often I get on the internet and check other blogs and ride reports and I have discovered that most are boring most of the time.  One blog went on for nine posts about some two day race he, his wife, and some of his friends did as team down in Utah. Maybe one picture per post, but you always knew how fast they were going, how steep the hills were, how many watts they were generating along with the elevation profiles of each section. Yeah I know I do that sometimes and writing a blog is inherently narcissistic, but to drag one ride out for nearly two weeks of posts. No thanks.  Of course he makes money blogging and you got to keep the advertisers happy, and it is hard enough to find something to write about once a week,  much less every day. 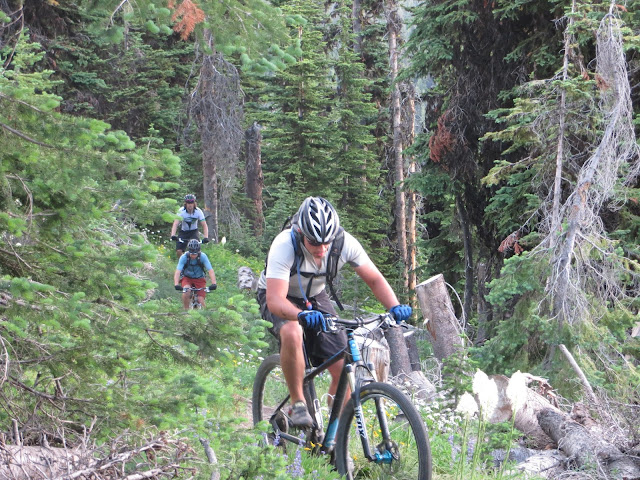 I know I'm having a hard time being creative, especially since I decided to stop writing about my lack of a love life.  But even revealing the nonexistent intimate details of my life how many times, in a variety of different ways does anyone want to hear about how I'm not getting laid.  Instead more of what everyone wants photos, and unedited videos. 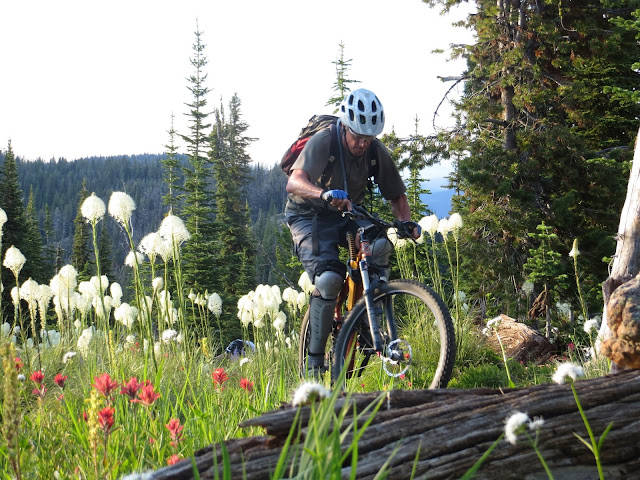 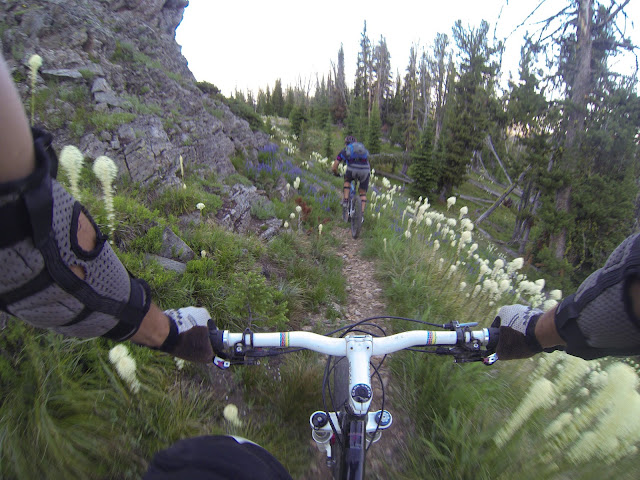 Same thing with Palisades. By now everyone know it is a long, give me some DZ nuts painful climb. Usually hot,  even if clouds saved our eyes from a sweat bath.  Chad and Rob, the hard core duo weren't as lucky. They left early so they could tack on an extra twenty miles with a cruise out to Burnt Fork Lake before attempting the ridge.  That's some Butte 100 training for you.  So don't surprised if you a DNF by my name.  I just did the usual ass kicker Palisades loop.  For the reward, they had the sun on the climb, and some nice tasty overcooked dried out, half cold, leftover sausages that were about to be tossed in the bushes when we turned off the grill. 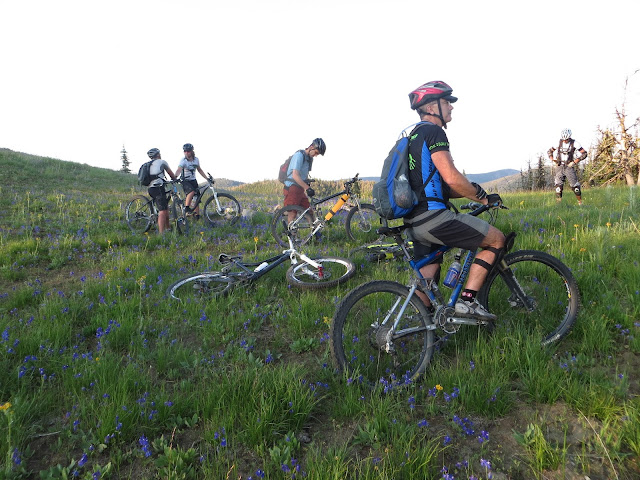 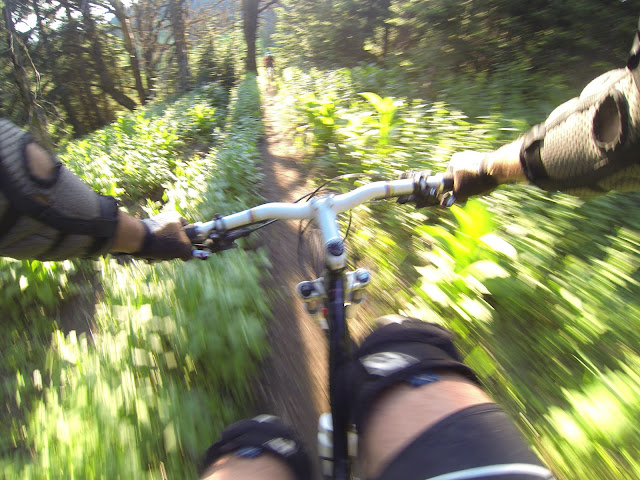 By now everyone knows I'm a slow as molasses climber.  I always figured that at least I was molasses that had been sitting out in the sun on one these recent toasty summer days.  But when Beau blew past me again and again and again I felt more like molasses on the North Pole on the winter solstice at midnight.  I know molasses at the south pole would be even slower, but I have some dignity and even I'm not that slow. 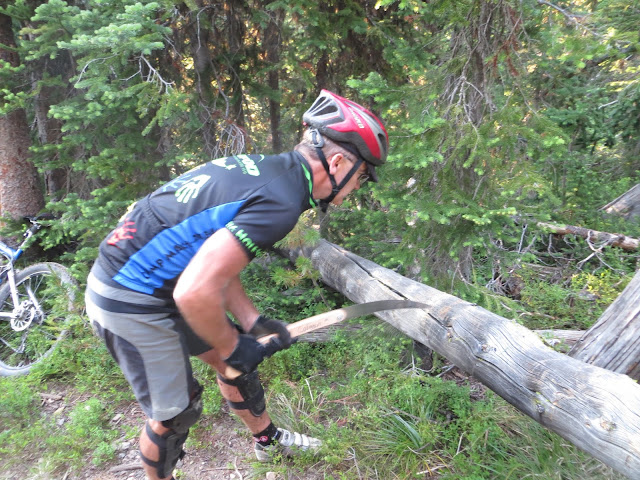 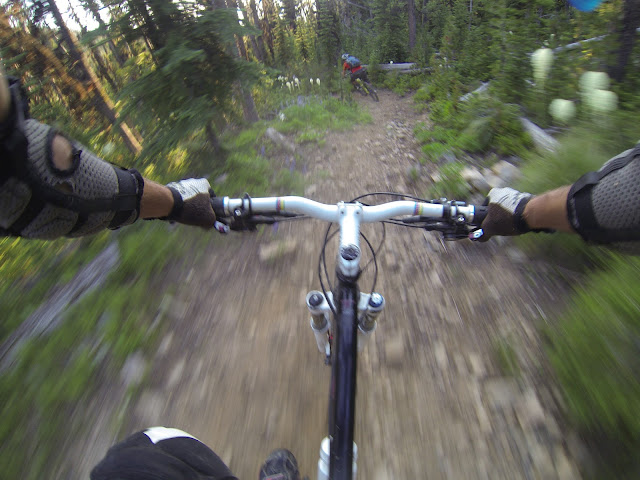 So how did Beau keep lapping me on a climb. Well he would race to the head of the pack, dust them, turn around ride back down, check on the straggler and repeat.  I'm glad I was lagging far enough behind to give him something to keep him motivated on the climb. 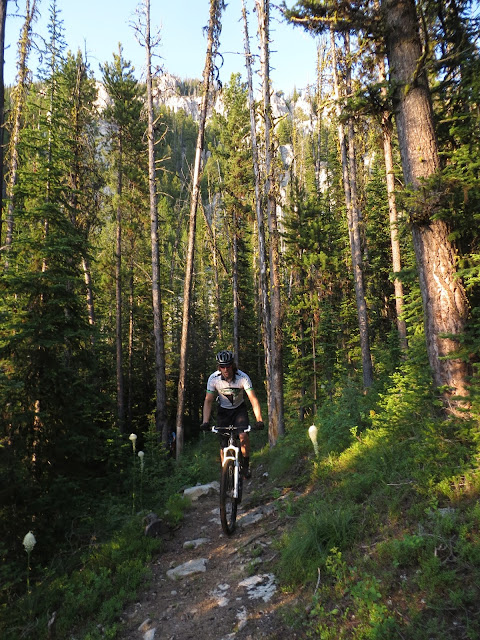 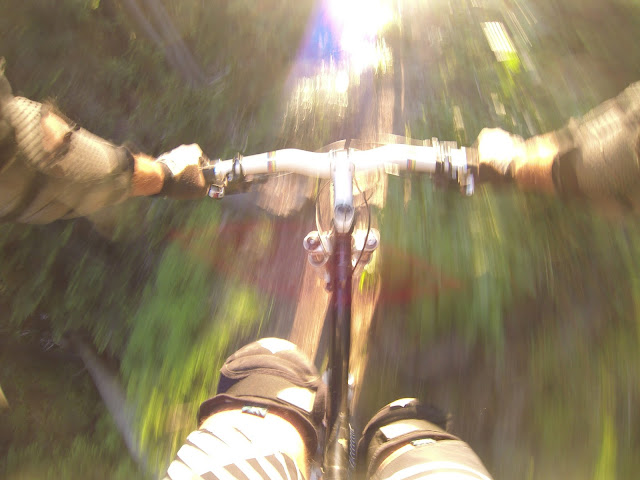 So was there anything unusual about this year's sojourn.  Well, Joel wasn't around to piss and moan about how long and hot the climb is, and then to piss more vinegar about all the rock on the way down.  The mosquitos seemed less pervasive, but them I pre coated myself with DEET at the bottom. (Reminder to self, don't wipe mouth with back of hand afterwards) No one bonked, a rarity for this ride. No face plant in the mud. (My speciality and  my introduction to the ride years ago)  Just fun, fun, fun this year. Plenty of time, somehow despite my laggard climbing we managed to do the loop faster than ever. Go figure. 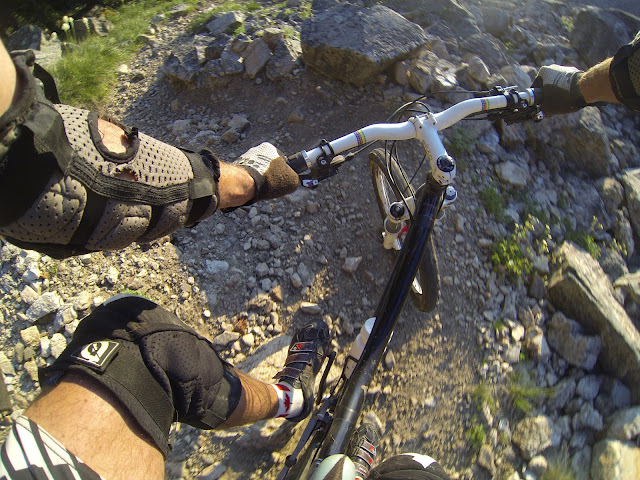 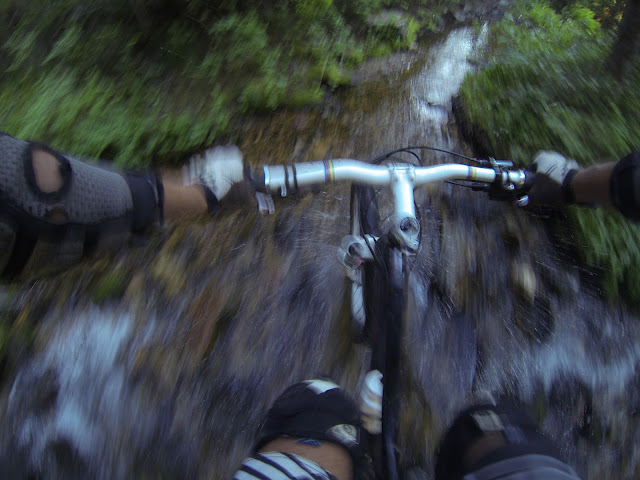 Did I mention Beau was riding a carbon hard tail.  I understand the appeal for the climb.  I'm still flabbergasted that he and the bike are still in two pieces after the descent. 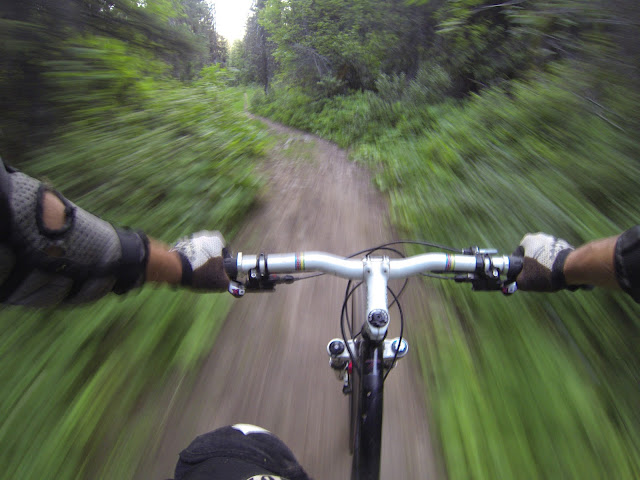 My apologies for the quality of the videos this week. With Chad galavanting on the optional out and back to Burnt Fork Lake, Travis was forced to putz along and film the decidedly slower options of either me or Warwick, yes our Dictator Emeritus made it for a ride this summer. I knew he couldn't miss this one, even if he couldn't finagle a shuttle out of one his family members.

For those who miss the elevation profiles and GPS mapping crap, there is some here from two years. I guess I missed last years joint ride with the Missoula crowd. Speaking of which, I think it is about time for some Blue Mountain tea bagging starting at Eric's house.

Finally for those who haven't heard, it's time to block out weekend of September 6-8 and join the Bitterroot Backcountry Cyclists for some shuttling and beer drinking on Warm Springs Ridge. Yes the Lost Trail Bike Fest & Shuttle Extravaganza is for real, unlike sharknados

Posted by MonkeyDoo at 1:18 PM