Have you heard of something called flow?  Read Bike, and all I hear is how a trail should have flow.  Check the IMBA website trail building guide; all about adding flow to a trail. Trails that aren't too steep going up or down, predictable. Trails that you could take your 29er hard tail single-speed on and still enjoy it. A trail you can have fun on whether you are young or old, fit or flab, noob or knob head. 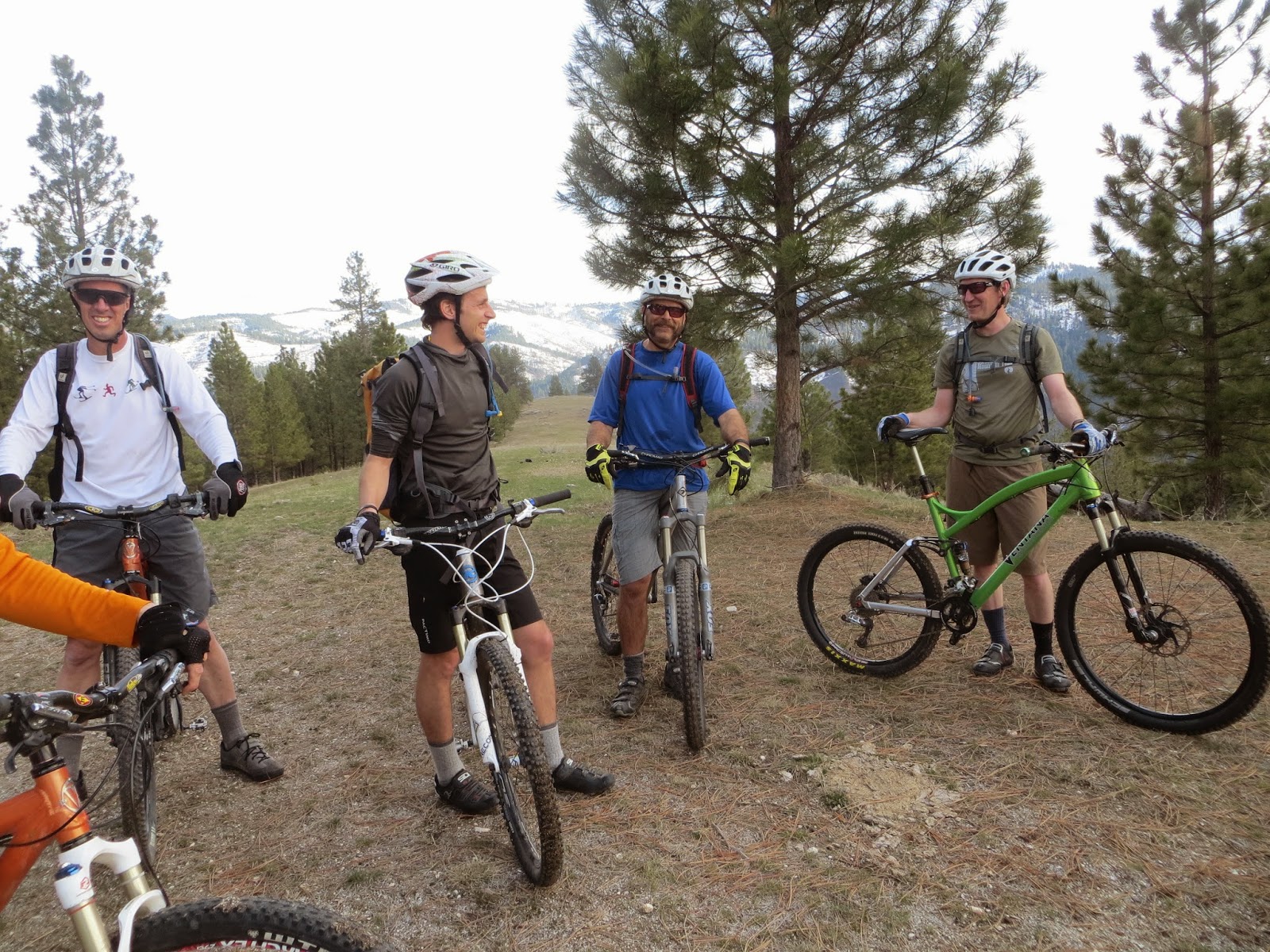 One Sawdust Gulch virgin felt we should have a ride summary when we announce the weekly ride so that cherries would have some idea what to expect. First, if we did that how would we ever get anyone to deflower.  Second, he's been riding with us on and off for a few years now, so he should already know what to expect.  Sometime during the climb you will either ,if you are lucky, want to puke or more likely just  want to lay down and pray that this is the end.  If there is downfall to climb over, we will go off route to find some adventure, and there is a good chance that there will be blood, since this is no country for old men. 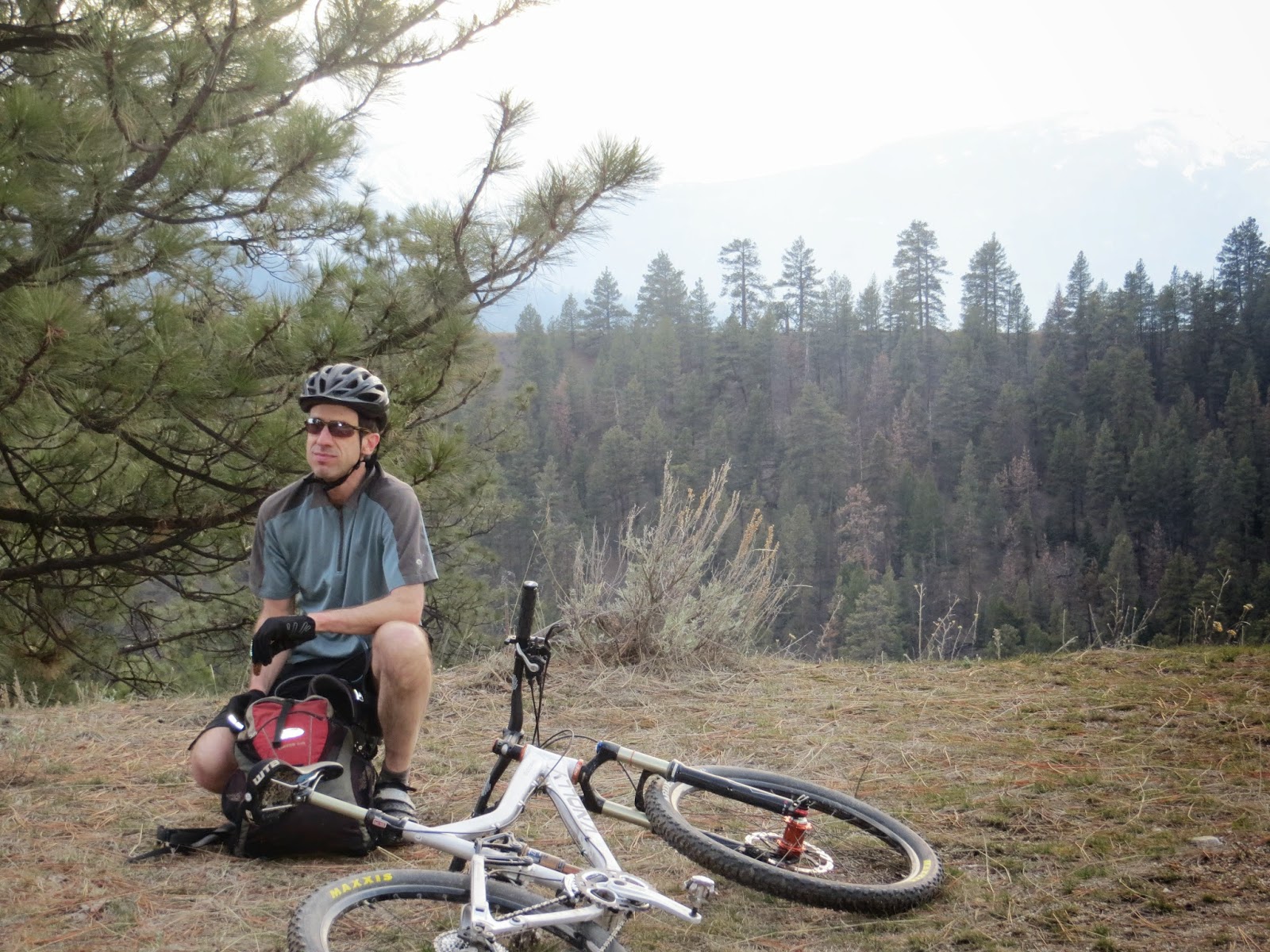 What was he imagining? That hidden somewhere up Sleeping Child there was a machine built trail with a pleasant middle chain ring climb followed by a fun fast downhill filled with grade reversals, sight lines and bermed turns. 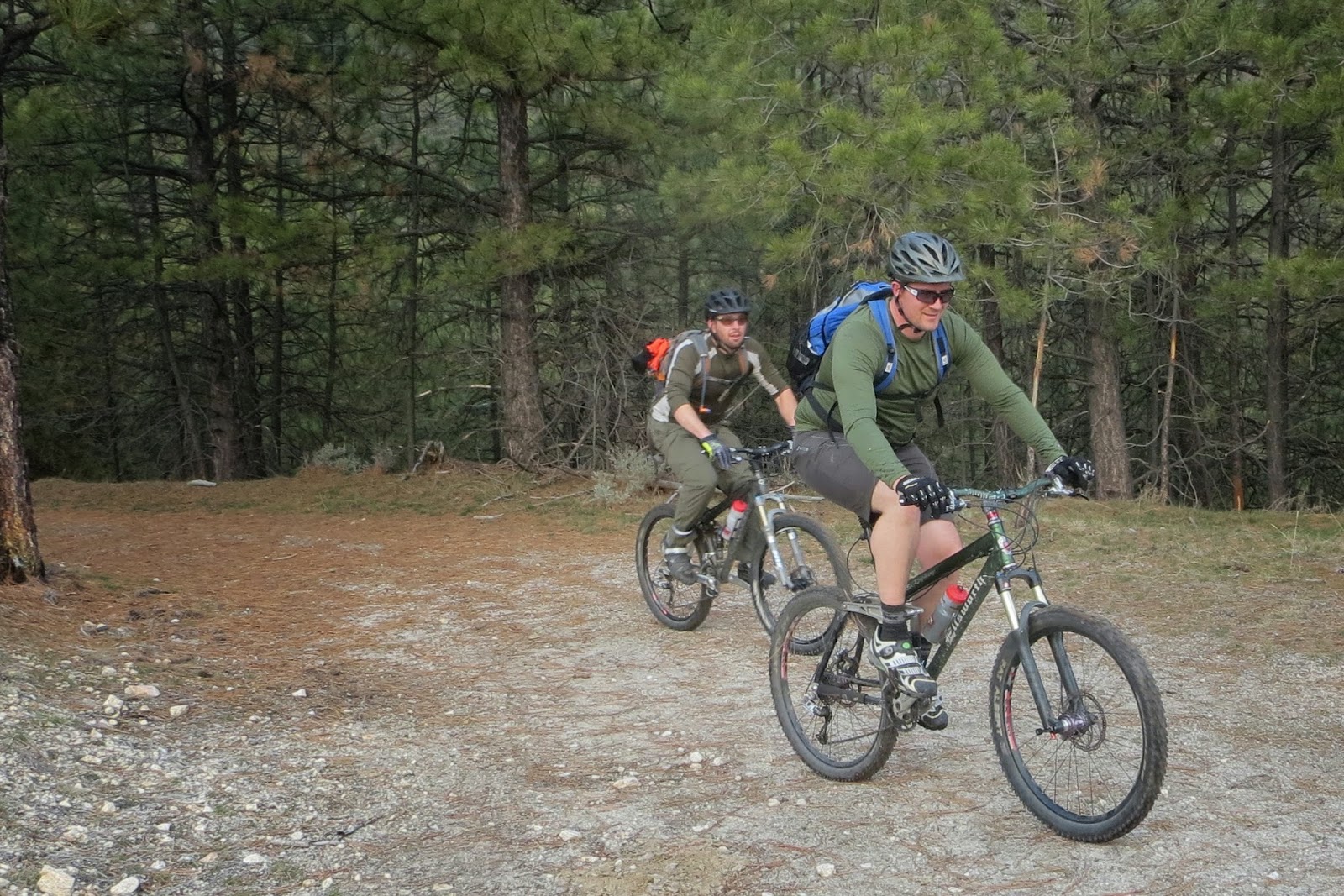 So do you become an old man when you give up the Wednesday night rides, or do you stop riding when you become too old.  The list of former riders who seem to aged out of the group seems to grow longer with every season, and now that I'm one of the veterans, I occasional ponder when I'll follow Jay and Shrek, Joe and Warwick, and others who predate me into obsolescence or is that convalescence. Usually is seems to be somewhere between 50 and 60, even if a few have chosen early retirements, and there is a good chance Joel  will break the 6o barrier a few years hence. 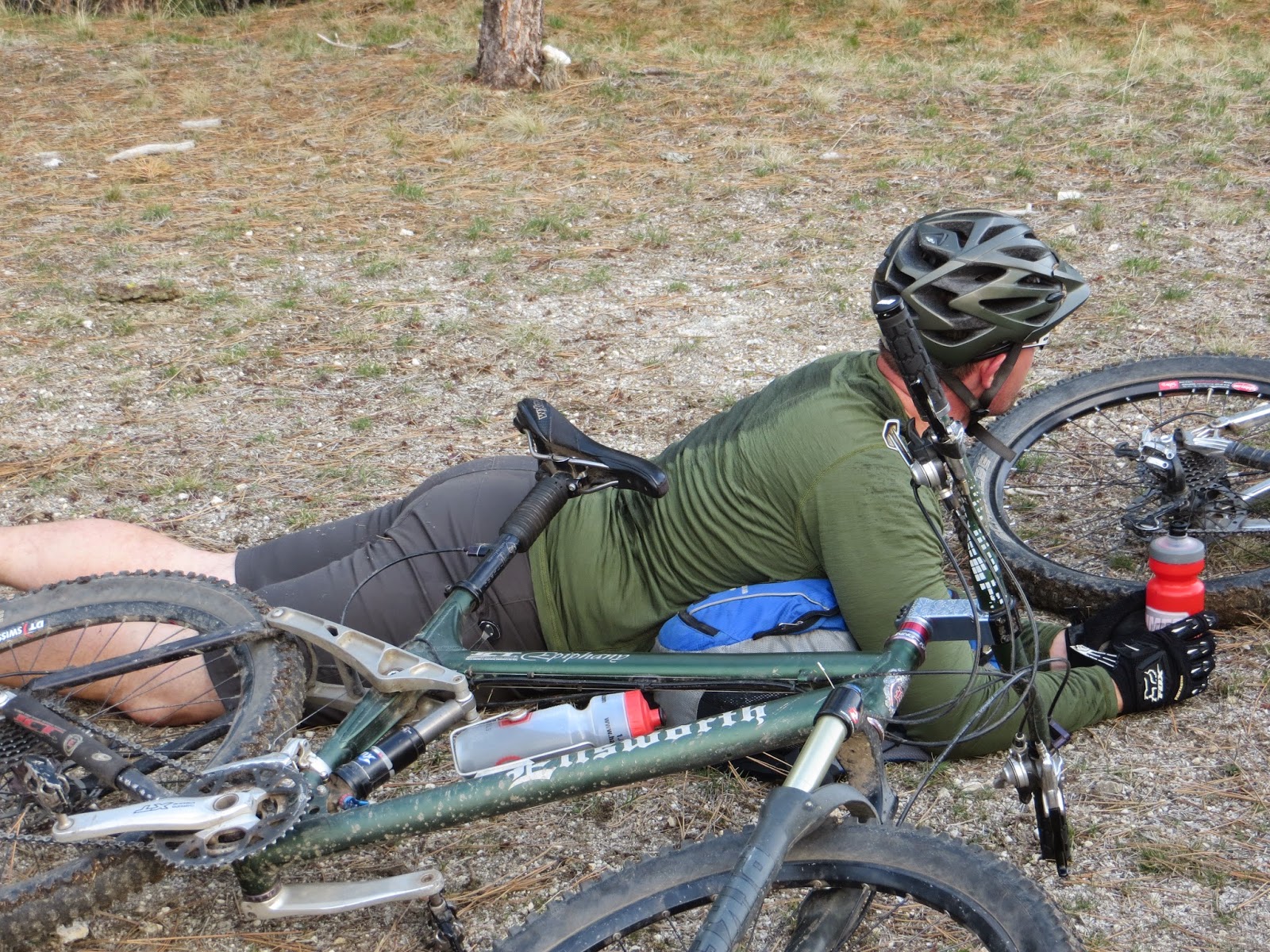 For some of the under 40 riders out there, they can still skip a few rides or even seasons, and still be able to jump back on the train.  For some of us, at least for me, is the realization that if I don't get on at the station, I'll never be able to catch the caboose once it gets rolling. 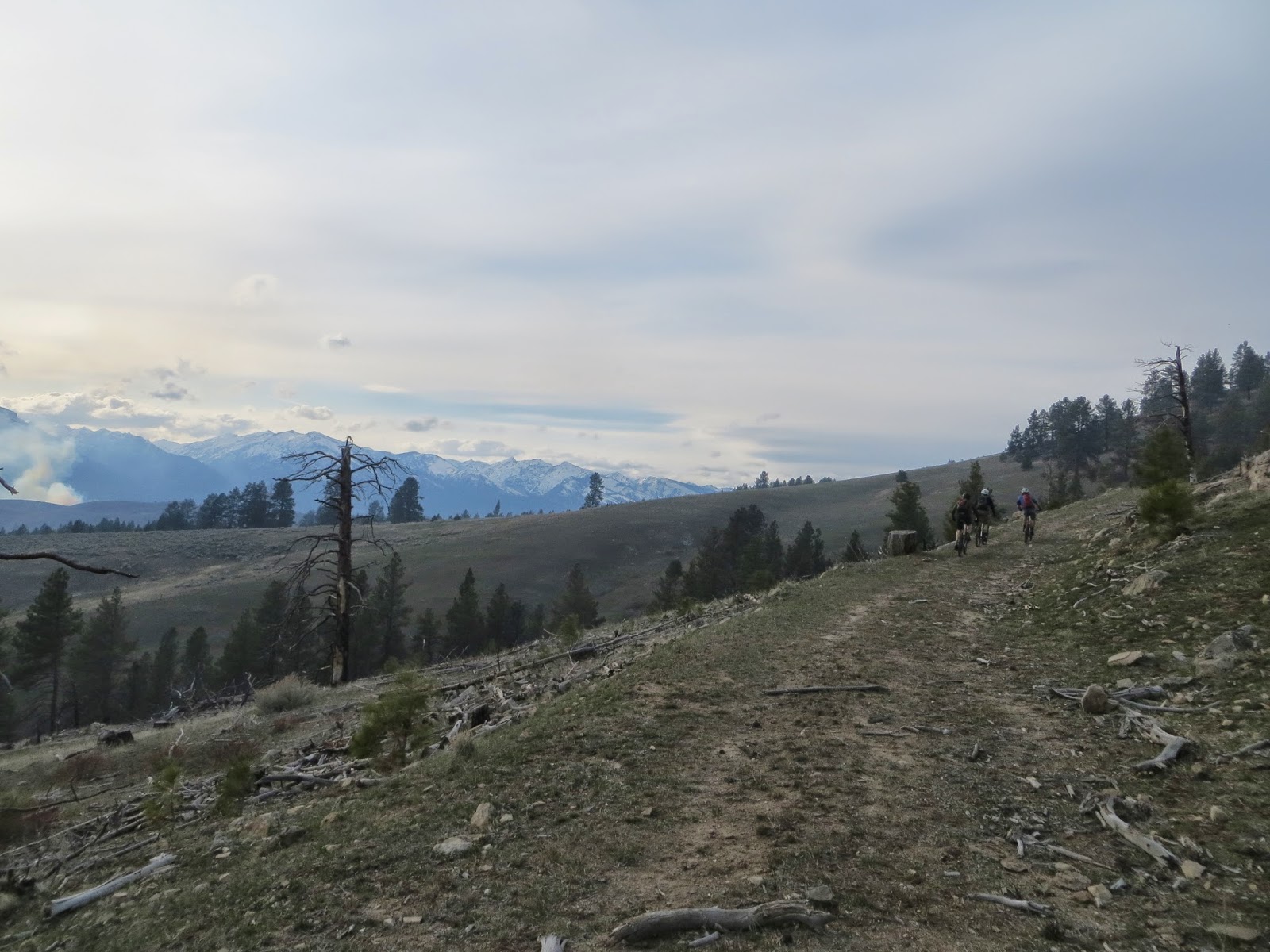 So for those who haven't ridden Sawdust, it is our early season test piece to see how your lungs and legs survived the winter.  Roughly a 15% grade for 1.5 miles you get to redline from the start, and while your vision blurs add in the fists of death studding the road. In years past it was always an accomplishment to just get up it with dabbing or walking.  Now everyone, even those feigning a lack of fitness, ride the climb clean.  In the good old days after almost killing ourselves we would contour over to the Forbidden Ridge, but not this year.  No this years guide added not one be two more climbs. 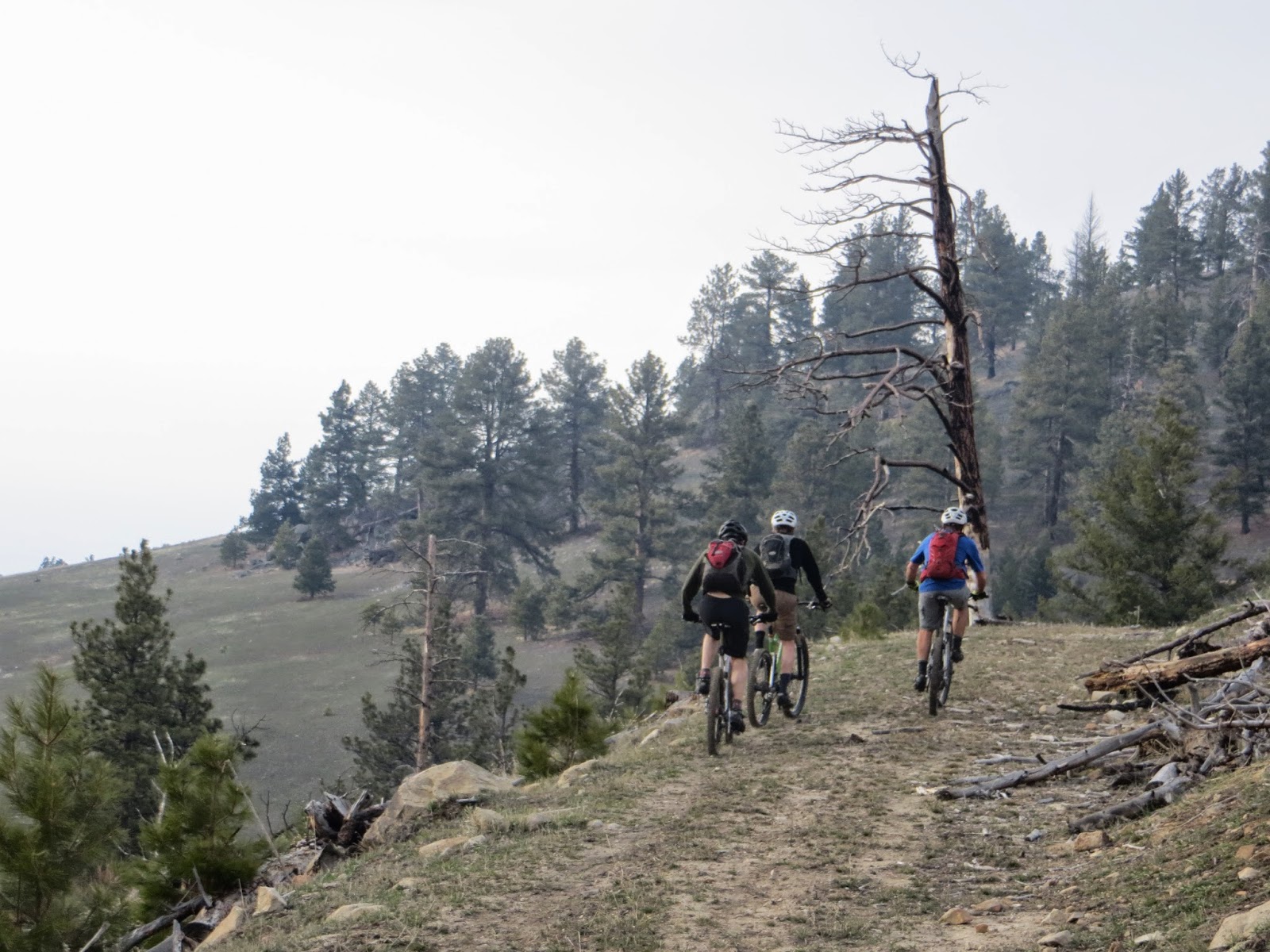 The first another steep road to the saddle overlooking Skalkaho. The second a mad trail free scramble with mountain bikes crisscrossing each other to the top of ridge line knob, like a bunch of ants getting out of the anthill at the first sign of spring, while the whole time I was hoping someone would get off and walk, so I could do the same thing with a modicum of dignity.  Of course everyone rode the ascent clean. Just when I'm starting to look forward to my future Thailand vacation to get a few joints replaced, and having the chance to sit at home and anxiously ponder my retirement account, everyone else decided to keep pedaling all winter on trainers with heart rate monitors or on fat bikes in the snow.

Aaron ready for some unknown to him at the time unplanned dismounts. 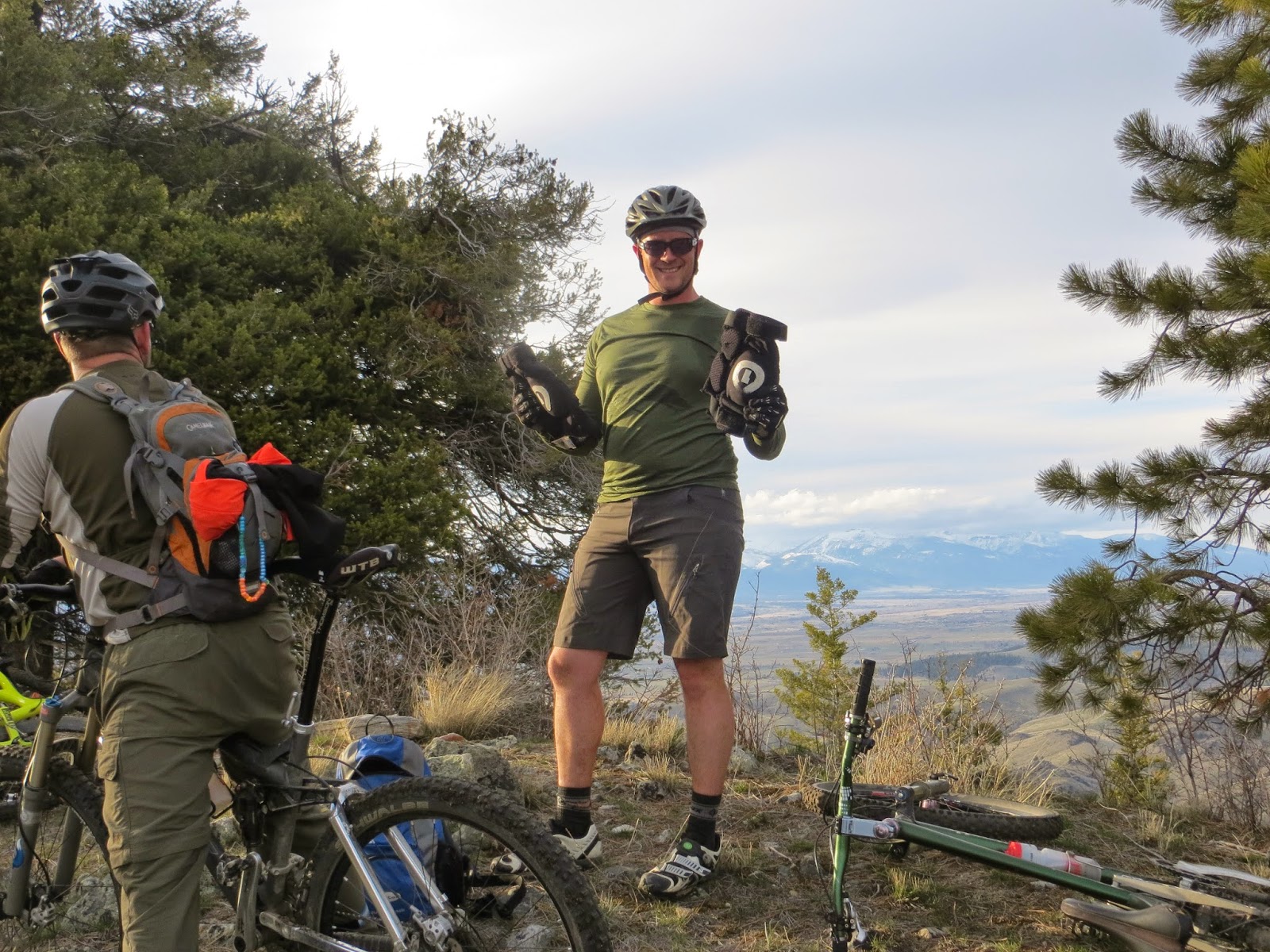 Kevin claimed he was demonstrating his anguish.  Looks like he was practicing some blanket hornpipe. 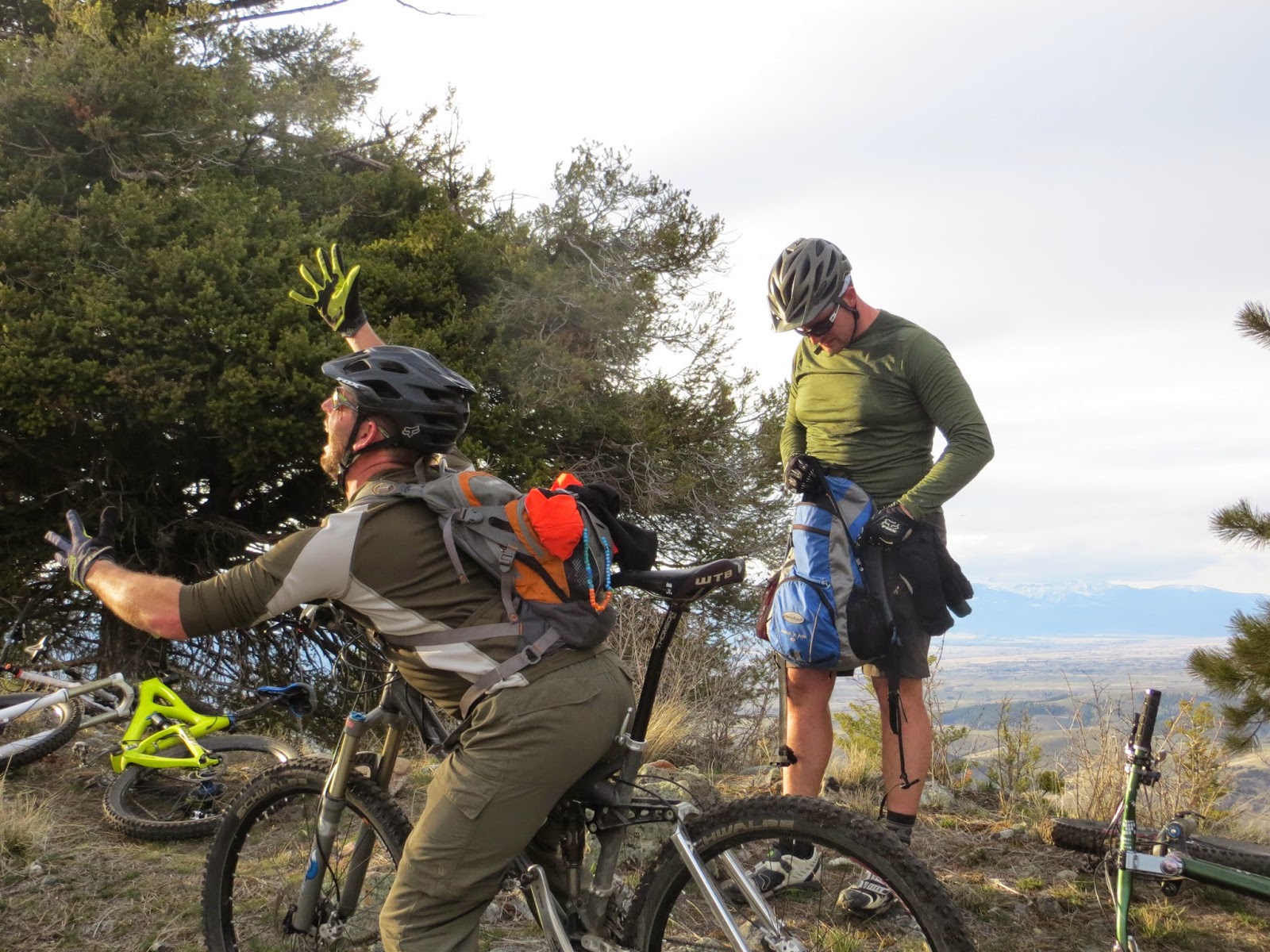 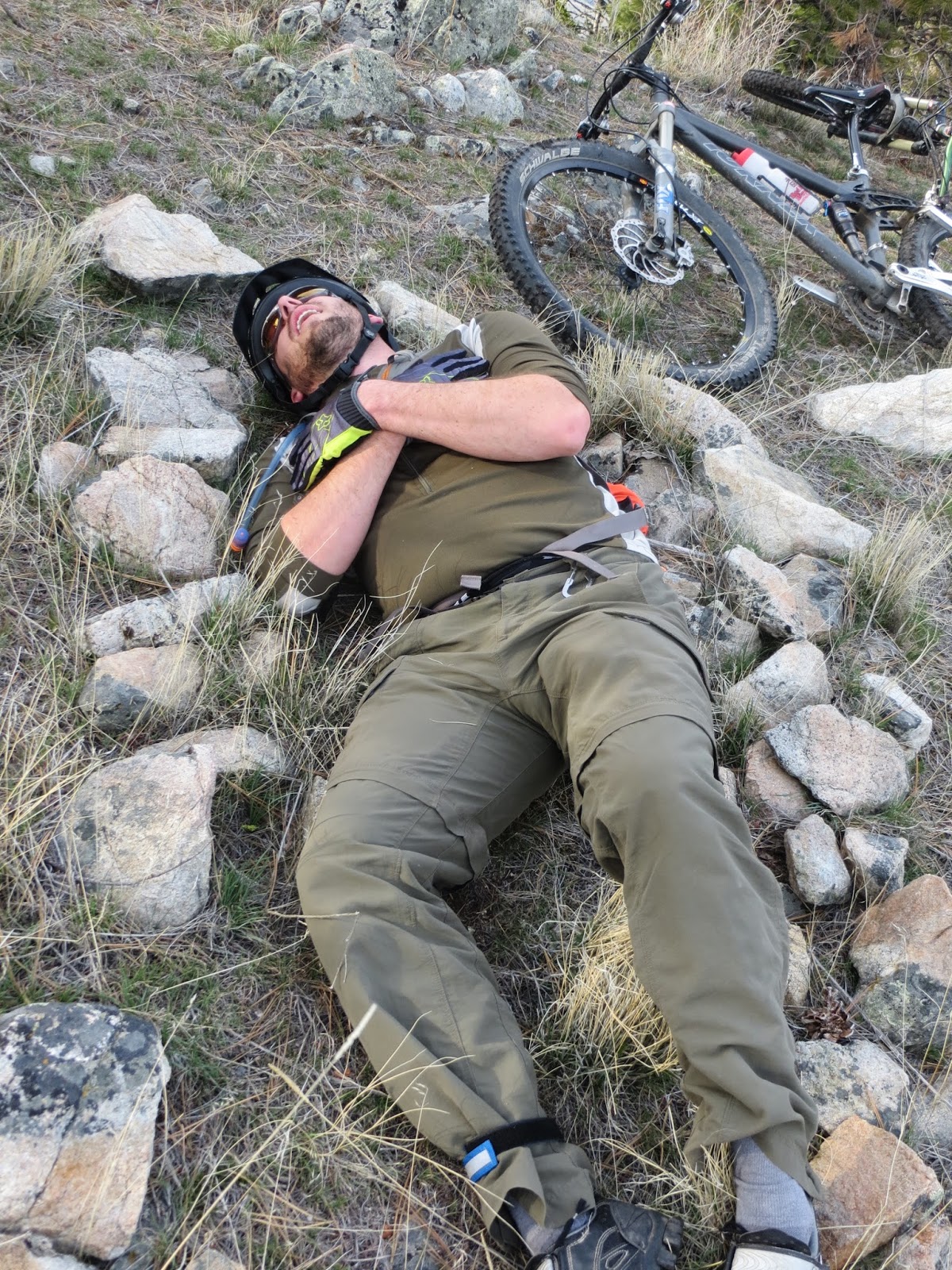 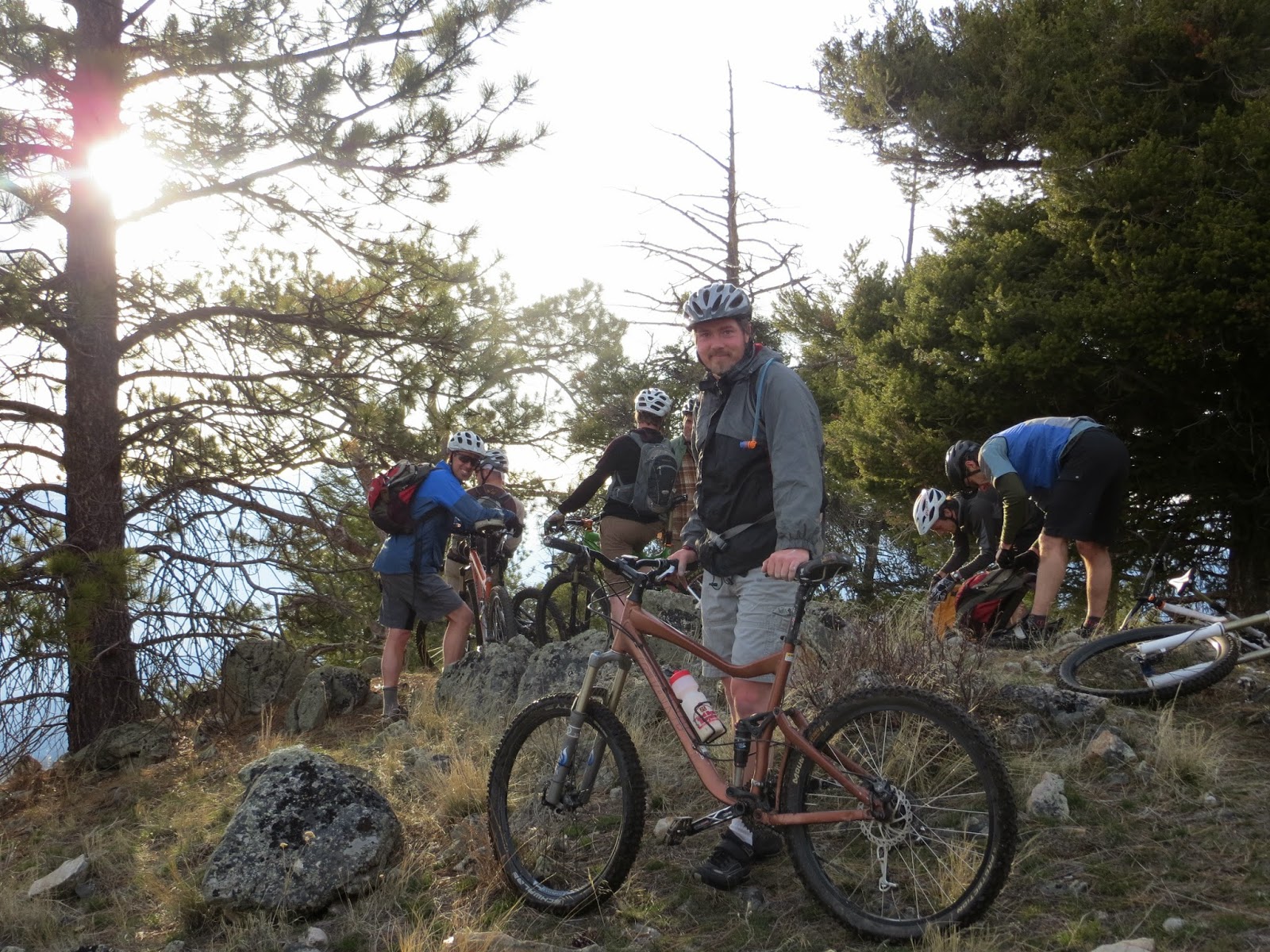 Did I mention that the climb was steep? My mistake, the descent was steep. And the sidehill?  I'm not even going there.  Was there a trail? No.  Was there an old road bed? Yes. Did we use it? No. While everyone survived the climb, the bush whacking over and around the sage and down the untouched ridge claimed a few dismounts, but luckily no blood. 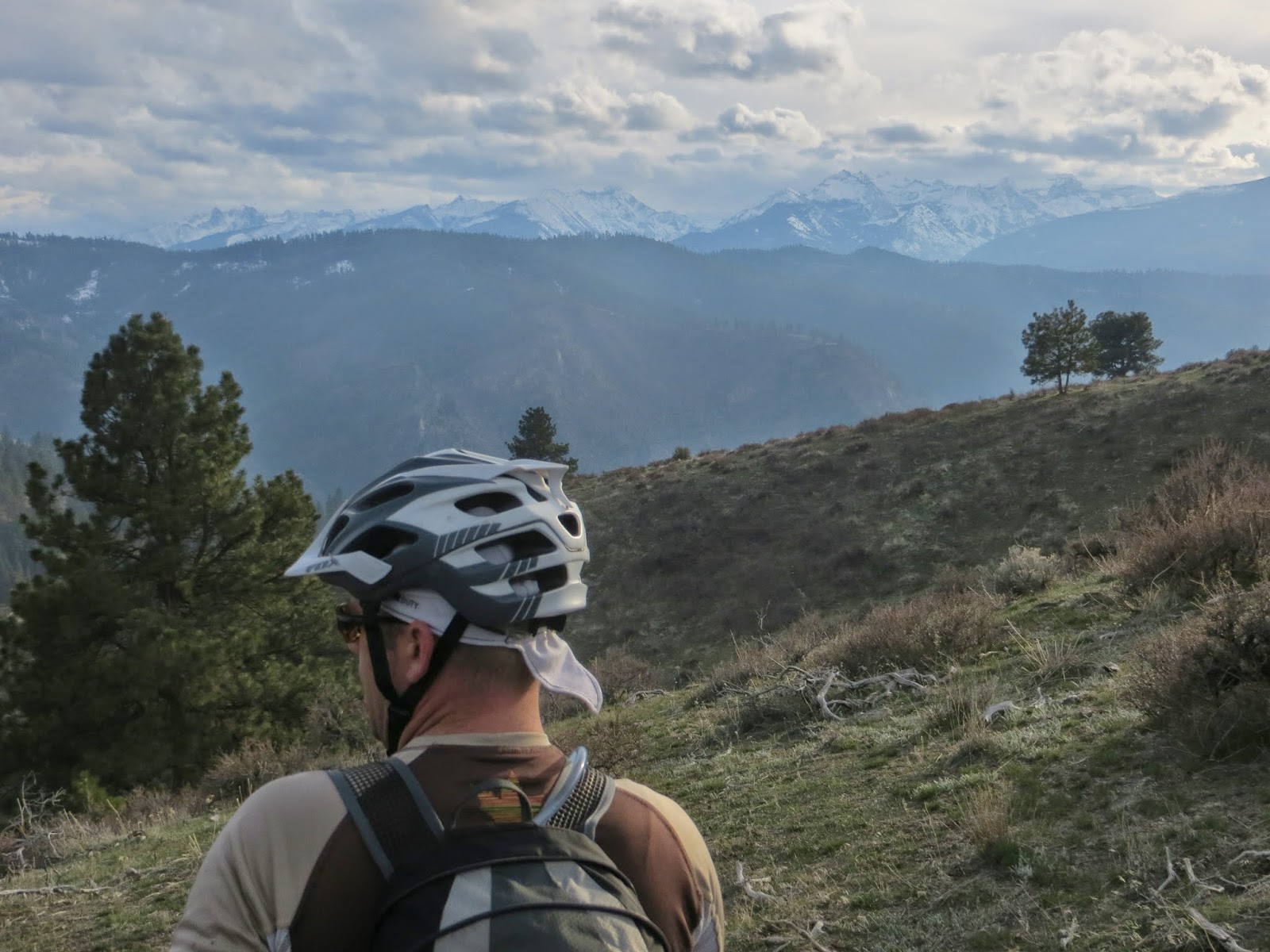 Flow is all in your head 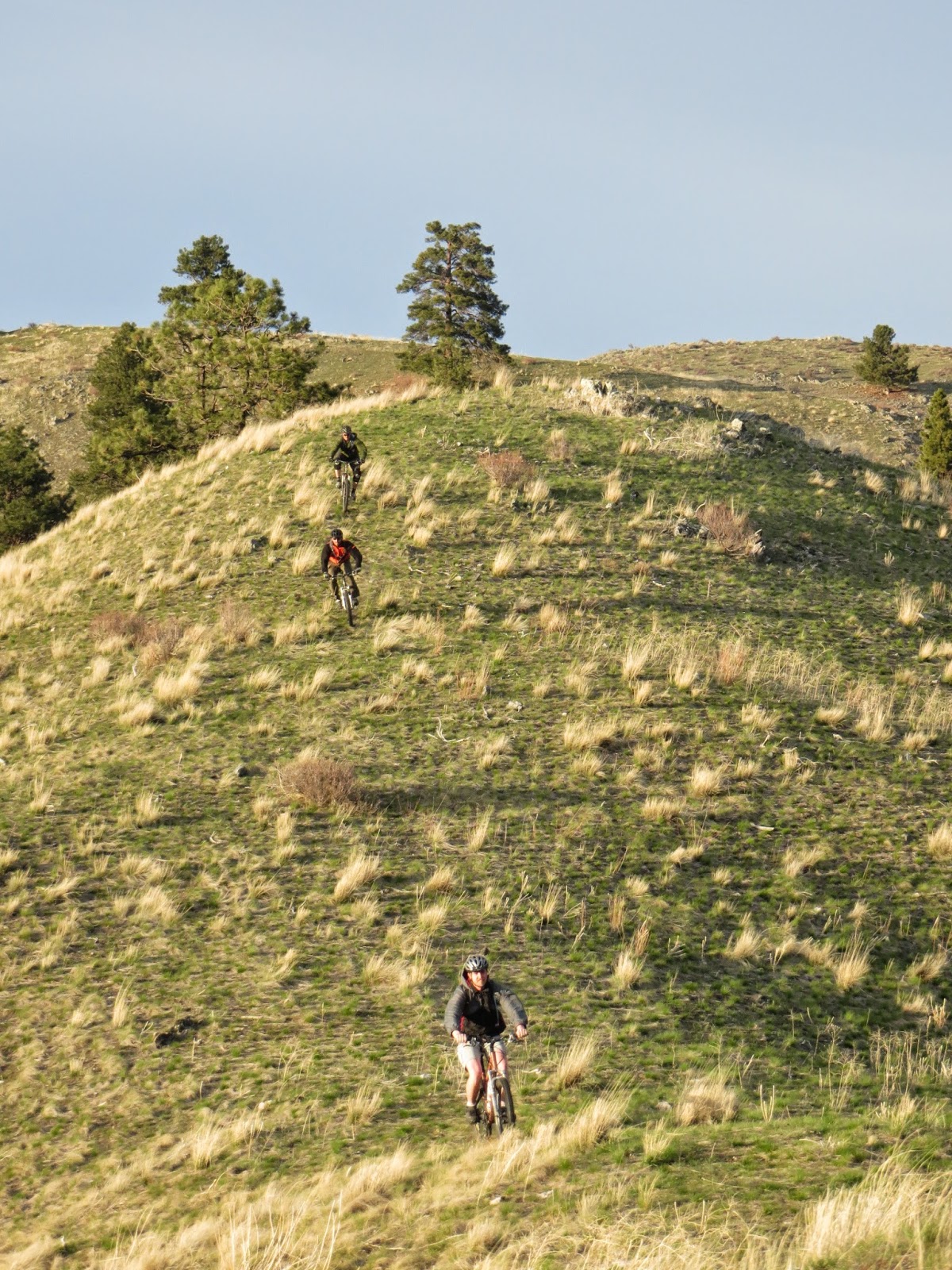 How about the grilling.  Oh yeah there was none this week, actually I grilled some wonderful venison sirloin when I got home, since no one brought a portable grill this week.  Speaking of grilling, good news marinating your animal products in beer decreases the number of carcinogens created by turning animal flesh into charcoal.


For a ride that is too steep, with no flow, and in fact no trail at all for the descent, everyone was exceptionally perky on the final cool down to the cars. Maybe there is more to a good time than flow.

Posted by MonkeyDoo at 3:14 PM