"What the hell. You know the routine. Just get off you pansy asses and get down here." - Joel

There you have it. The next time our own reality TV show colleague, is up in Alaska hunting Griz with a spear that he gnawed out of a Sitka spruce, he's going to grab the sat-phone, swat down your namby pamby excuses and harangue your lazy asses reminding you how pathetic your so called life must be if you can't even exert yourself enough to get a little outdoor adventure once a week on Wednesday nights.  Honestly I don't know if he is a reality TV show.  I think he might have had a cameo once. Regardless if any one could manage to be entertaining on TV it would be him. Leaving the question of why anyone would want to live with cameras following their every move for another day and another post. 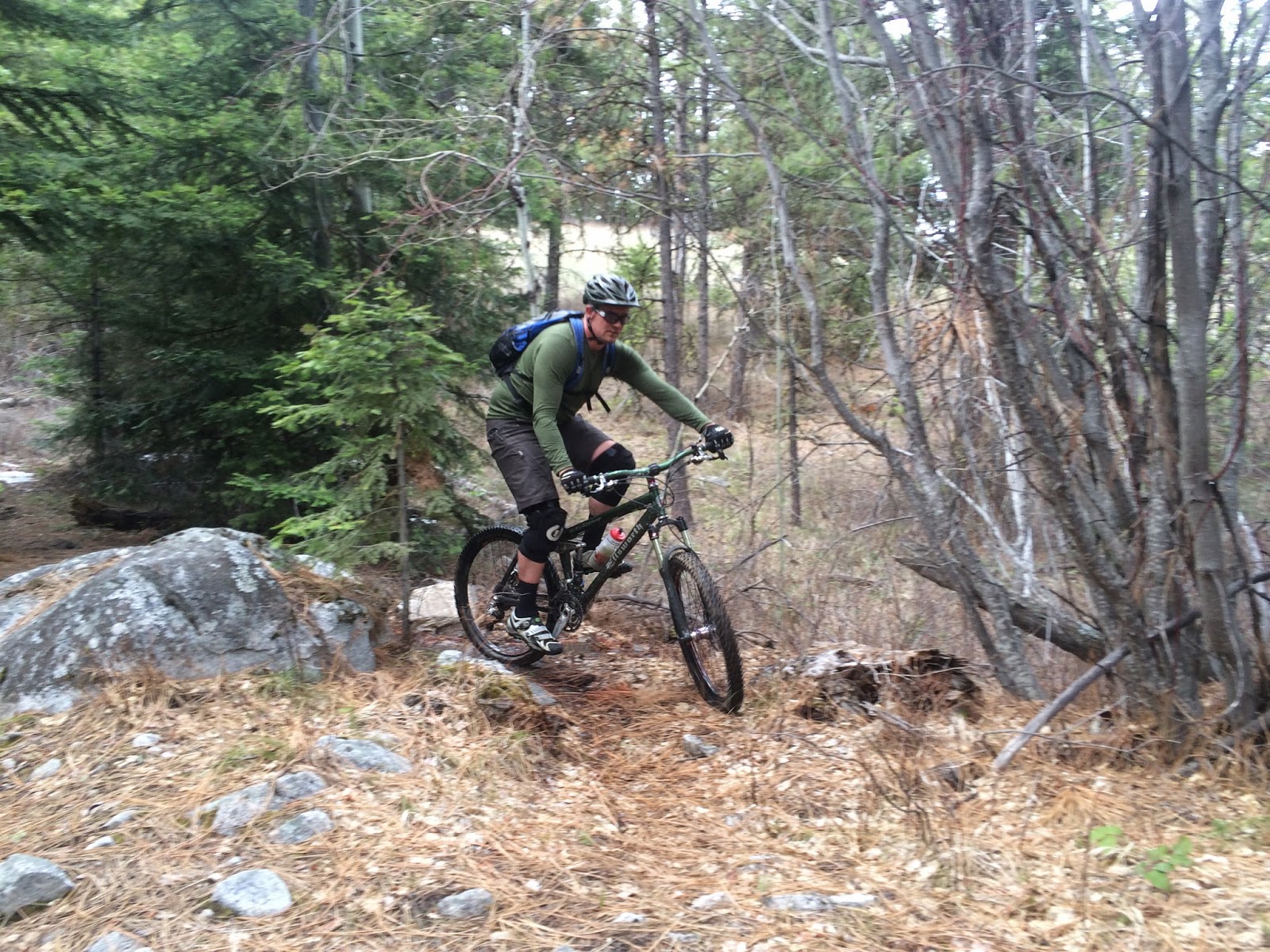 Considering the relatively chilly overcast weather, typical weather for this ride, turn out was again stellar at 10+. Finally a real Bitterroot ride: cold creek crossings, a little snow slogging, cold feet and wet socks. (We were about week too early with a fair amount of snow on the upper reaches.)  Somehow last year it seems like we avoided almost all of these inconveniences that we celebrate as badges of macho posturing to demonstrate how tough and superior we are. 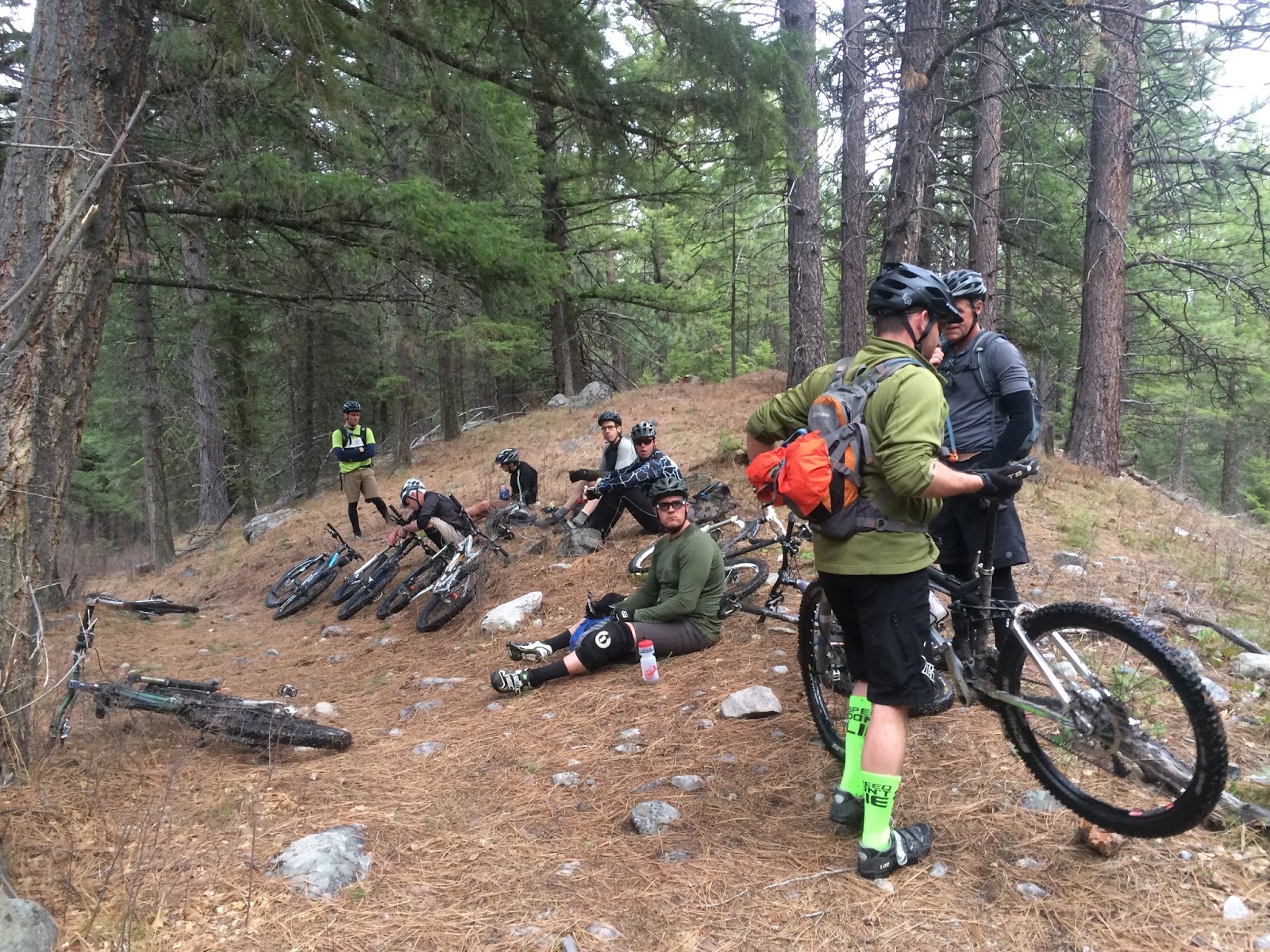 Compensating for our ordinary lives as dads and husbands working ordinary jobs and trying to believe that had we been born in a different era we would have been dog warriors defending our land or possibly Custer heading west to subdue the savages. Instead we carry saws and clear downed trees.  Coyote Coulee did not disappoint. 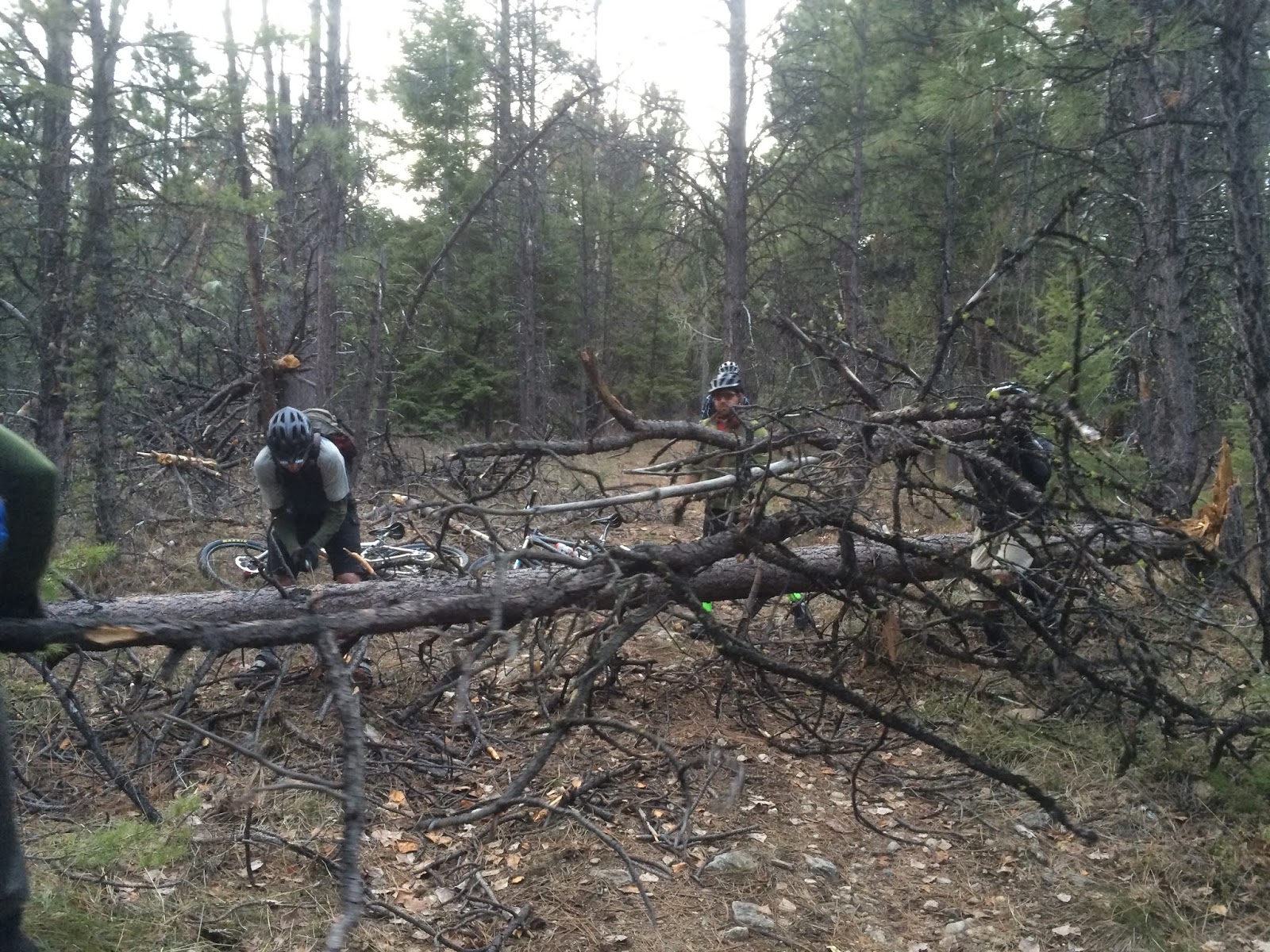 Jeff, our current reincarnated Chief Joesph lead us unerringly to the mythic third loop after several misadventures in previous seasons.  At his time I have to acknowledge Doctor J who after  intermittent appearances in previous seasons has made every ride  this year and has assumed his position at point. He may not know where is going yet, but he is determined to get there first.  Also making every ride after lackluster prior seasons are my favorite photo models, Kevin and Aaron. Also  perfect for the season so far is Cory. Finally getting their asses in gear were Travis and Donny.   As I alluded to,  Joel dropped in between his other adventures for a ride, and I always hate it when he does.  When he is around I can't blame my slow climbing and wussy descents on being washed up and over the hill.  Instead, I have to accept that I'm simply a slow wuss. 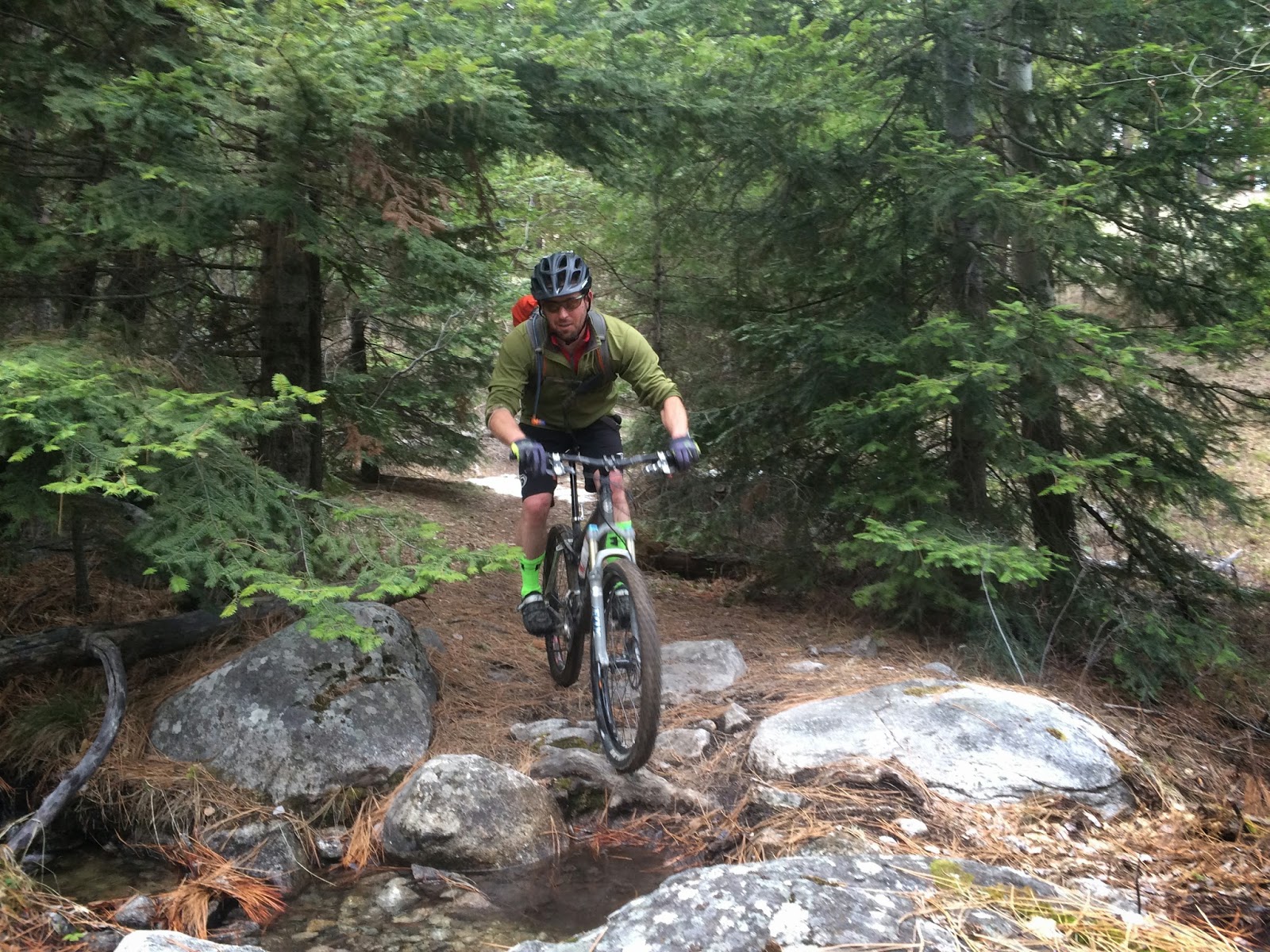 "You should talk about the apres' cocktail hour.  I need to drink before I eat after a ride. Once I eat I bloat up like a manatee and need a nap." - Joel
Posted by MonkeyDoo at 3:26 PM