After writing ride reports for awhile now, I have sadly come to realize that I'm running out of witty things to say. So with the new ride season upon us I'm going to introduce some guest bloggers to share the load. This weeks guest blogger will be someone, or rather something that has joined me for nearly every Wednesday ride over the three previous seasons. So here to bring you a fresh POV is my Vitamin P Ibis Mojo HD. 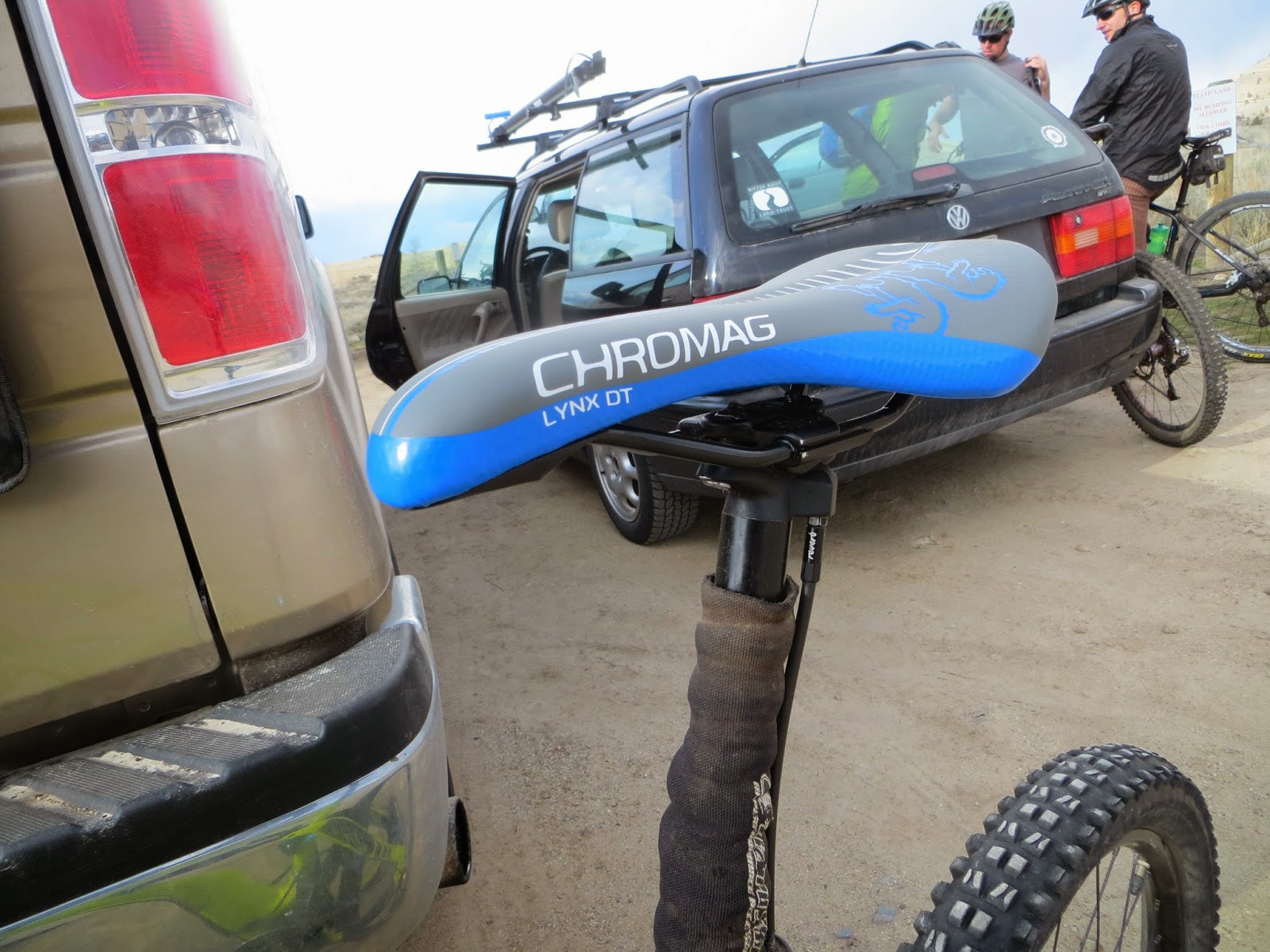 Not to sound ungrateful or anything, but it's about fucking time. If it wasn't for me, I don't how many times that dolt Monkey Doo would have ended up a Raggedy Andy missing his button eyes and hanging by his blue bow tie off some lodgepole limb. 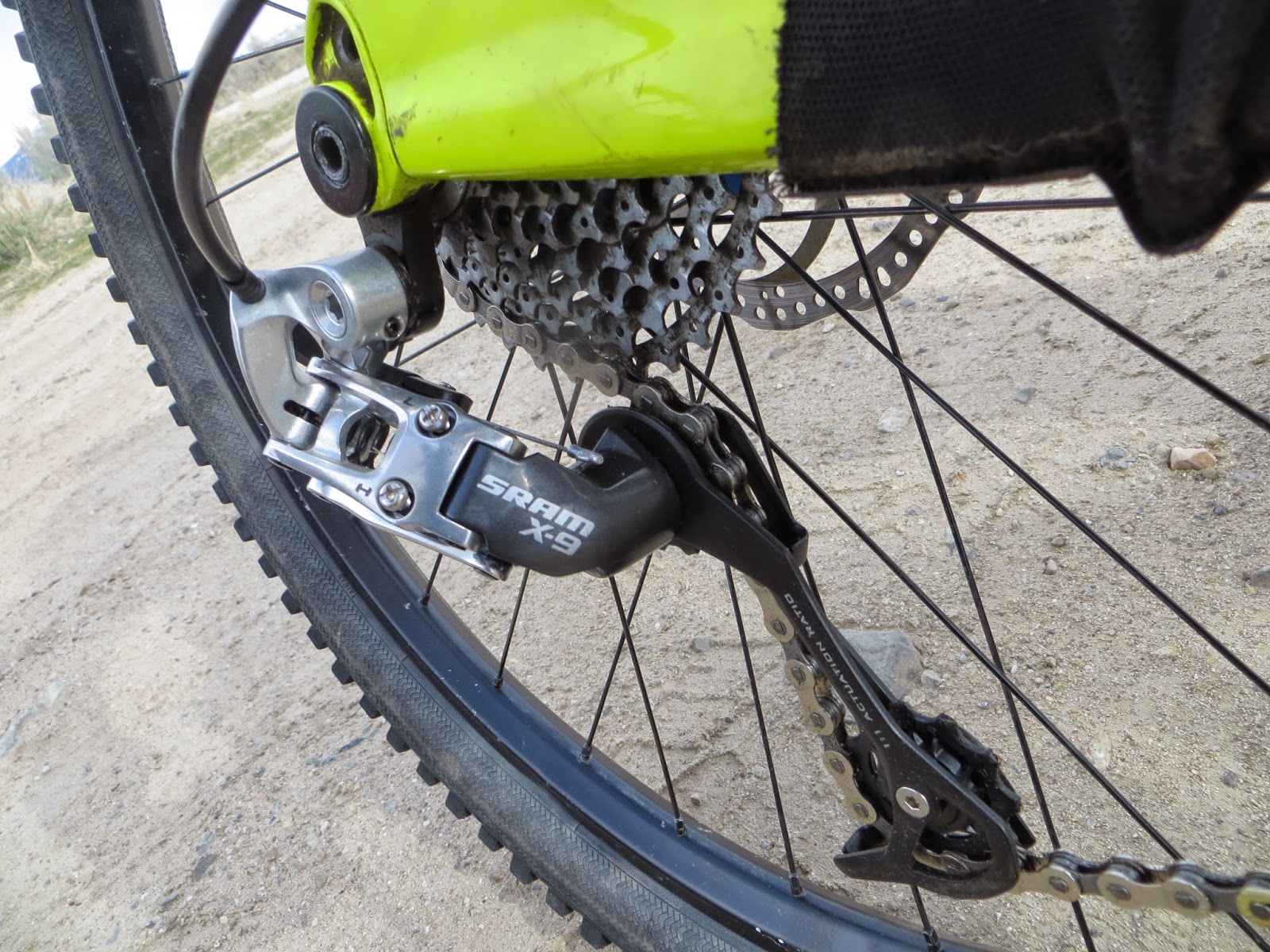 When I first arrived here 3 years ago there we doubts whether my carbon fiber was up to the rocks and roots of the Bitterroot. Well despite the utter incompetence of Monkey Doo dropping me onto countless sharp bits of granite in Blodgett, Camas, and now Soft Rock, I'm still here, having survived longer than some of those supposedly sturdier aluminum frames. 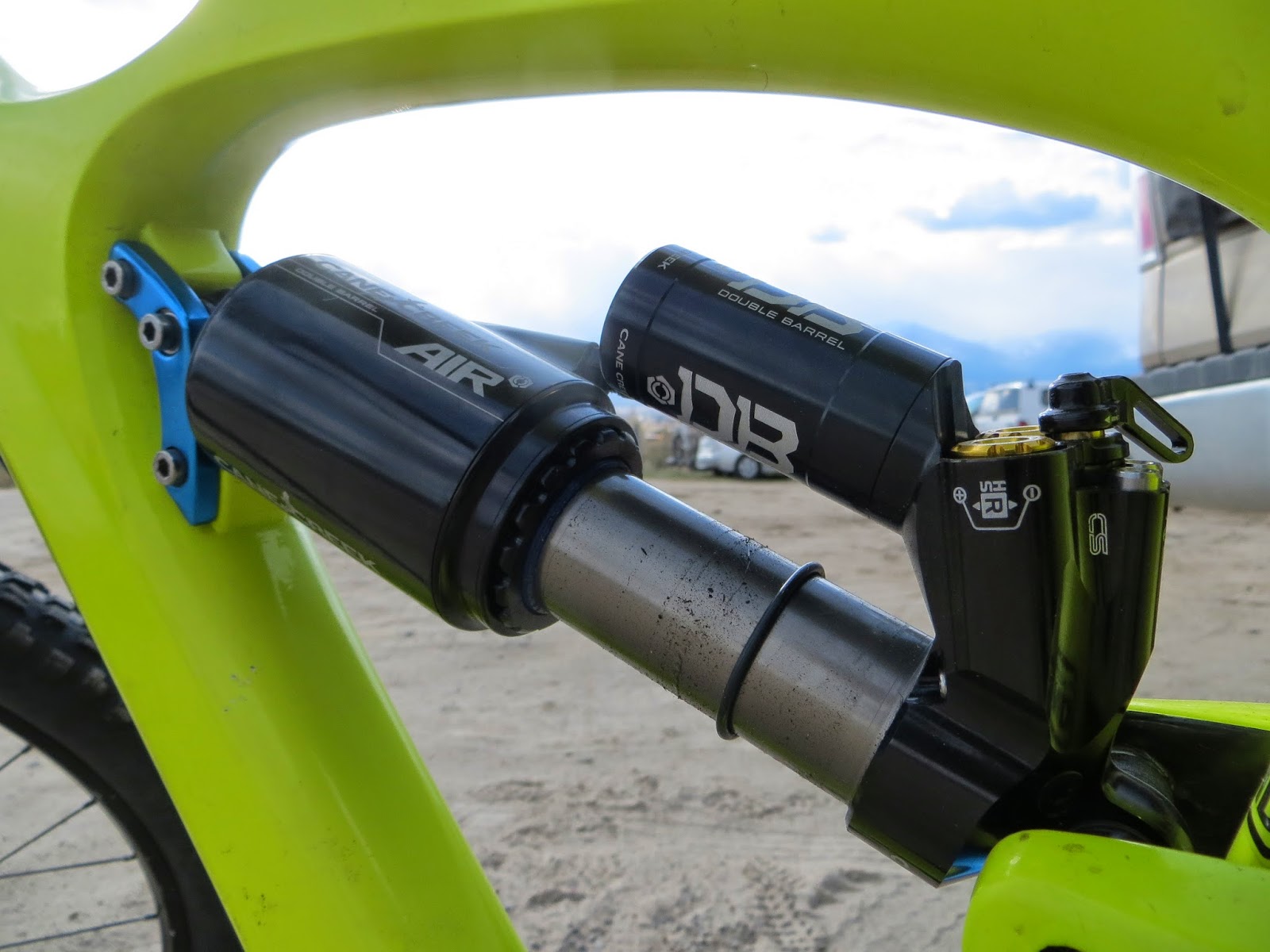 It feels good to be out of the garage and back on the soft loam, no hard packed fire roads, no dust insinuating its way into my linkages, and no mud clinging to my luscious nearly neon greenish yellowish hide.   Finally, you know who, has given up his winter infatuation with that Mukluk monstrosity, and his early season love affair with that that cachectic roadie.  Just a passing thought, since I'm the one doing to ass poking, why I do always have to be the bottom? 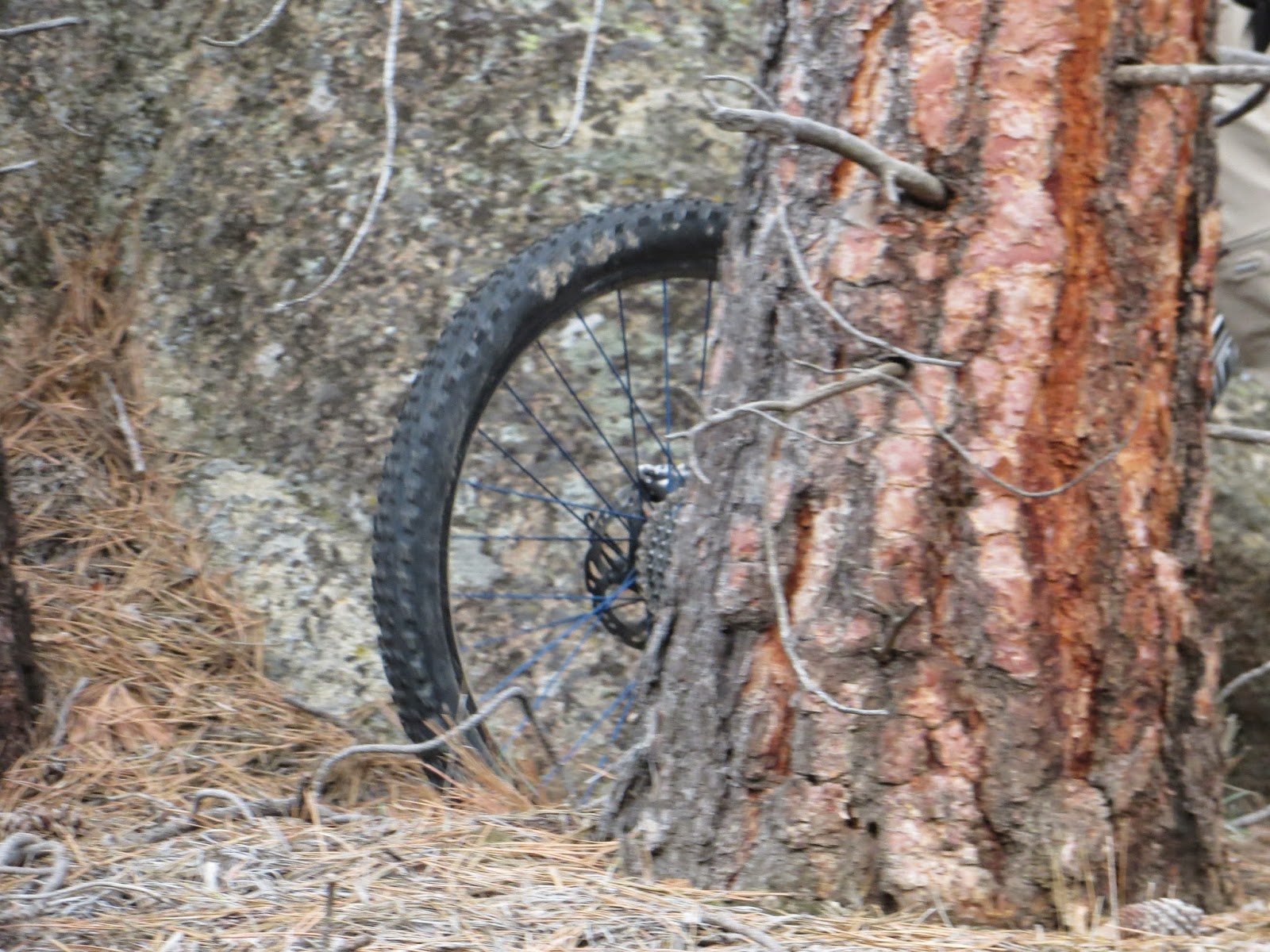 After a prolonged visit to the spa at Red Barn, I feel rejuvenated with fresh bearings, new rear derailleur, chain ring chain, a new blue saddle to replace that duct taped embarrassment, maybe some blue flat pedal bling, and an uber cushy Cane Creek DB Air. I guess those Bitterroot trails had put some wear and tear on me. 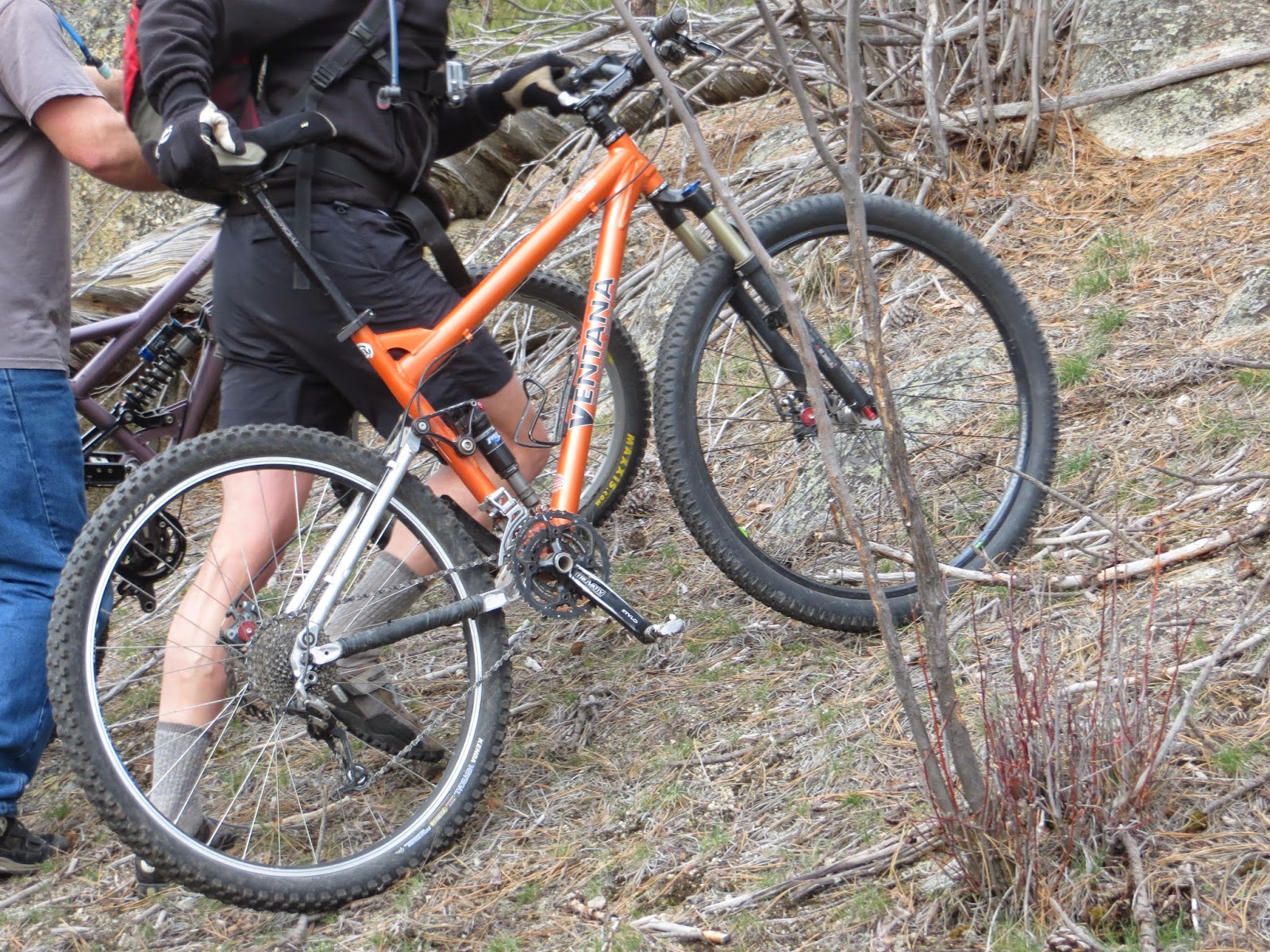 Thinking back over the last few years, the changes I have gone through have been pretty staggering. I started out as a svelte 5" travel cross country racing machine, and over the years I have bulked up into a 7" all mountain slayer.  As much as I have enjoyed the makeover, I just wish I had a rider who could push me to my limits.


I was so jealous some of the bikes I hadn't seen much of the last few seasons like Giant and Delirium, who actually got a a chance to get decent air off the jumps and rock drops off the ridge at Soft Rock. Instead I had the indignity of micro-air and the abuse of premature  flat landings. 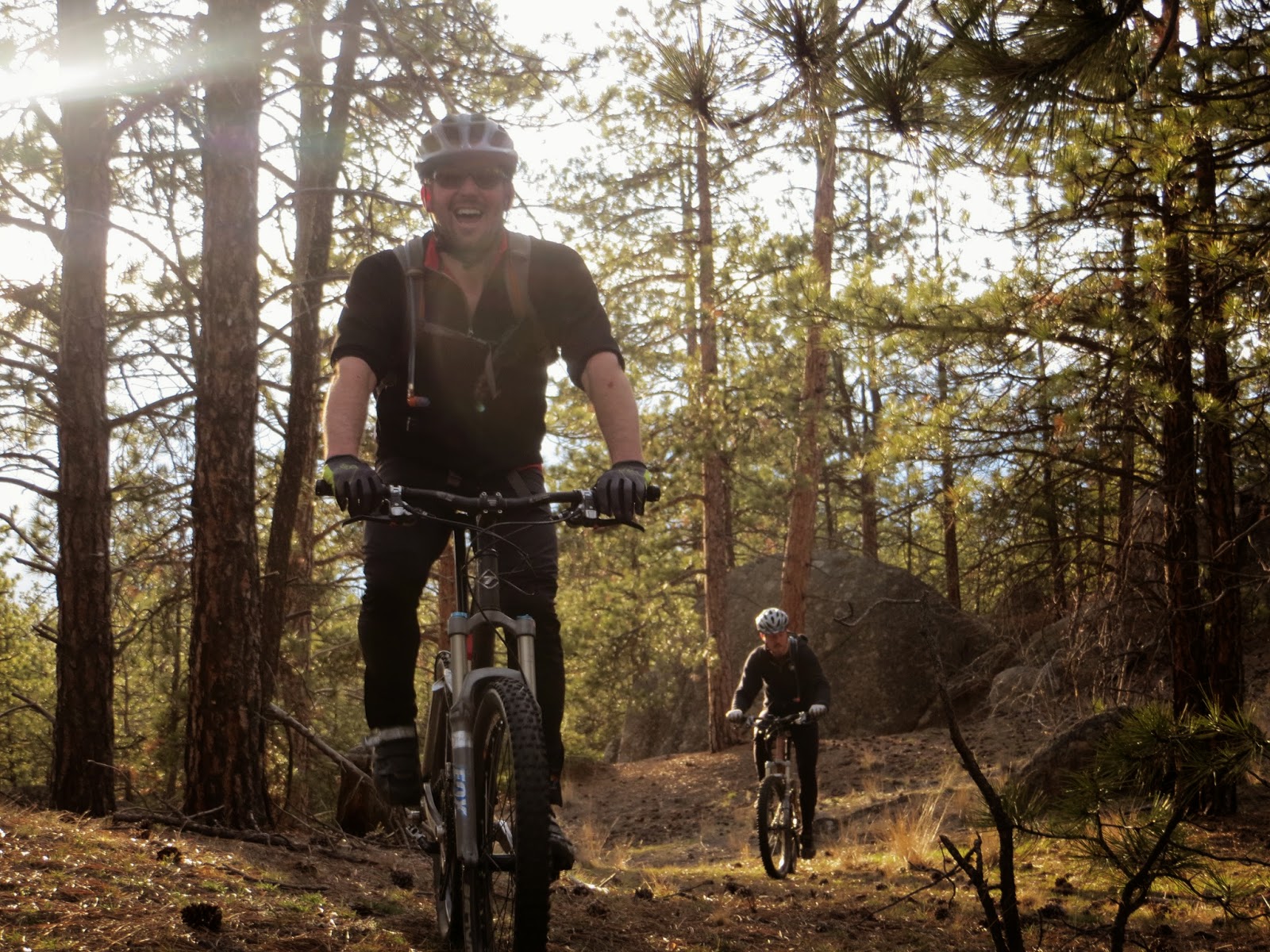 There are time I think the Caballero Sin Cojones believes that if he just tricks me out just a little bit more, maybe with flat pedals or a chain guide, he can be the next Aaron Gwin or Stevie Smith. I hate to break it to him that with his diminished reflexes and reading glasses, even the sweetest bike made is not going to turn him into a downhill jedi.


Finally, those organics got over their fear of cold and dark, and nearly a month later than last year we got riding. It was probably the first time Soft Rock had ever seen a herd of 12 to 13 mountain bikes. The herd included Giant who has been missing for at least two seasons, both of the Knolly brothers, the ever elusive Ellsworth, the usual Turner and Ventana clans, and that sweet Raleigh number whose hard tail makes my dropper post hydraulics boil, if you know what I mean.  One El Ciclon is still missing, and I'm only mentioning it, because I want his rider to invite us down to New Zealand for some riding. 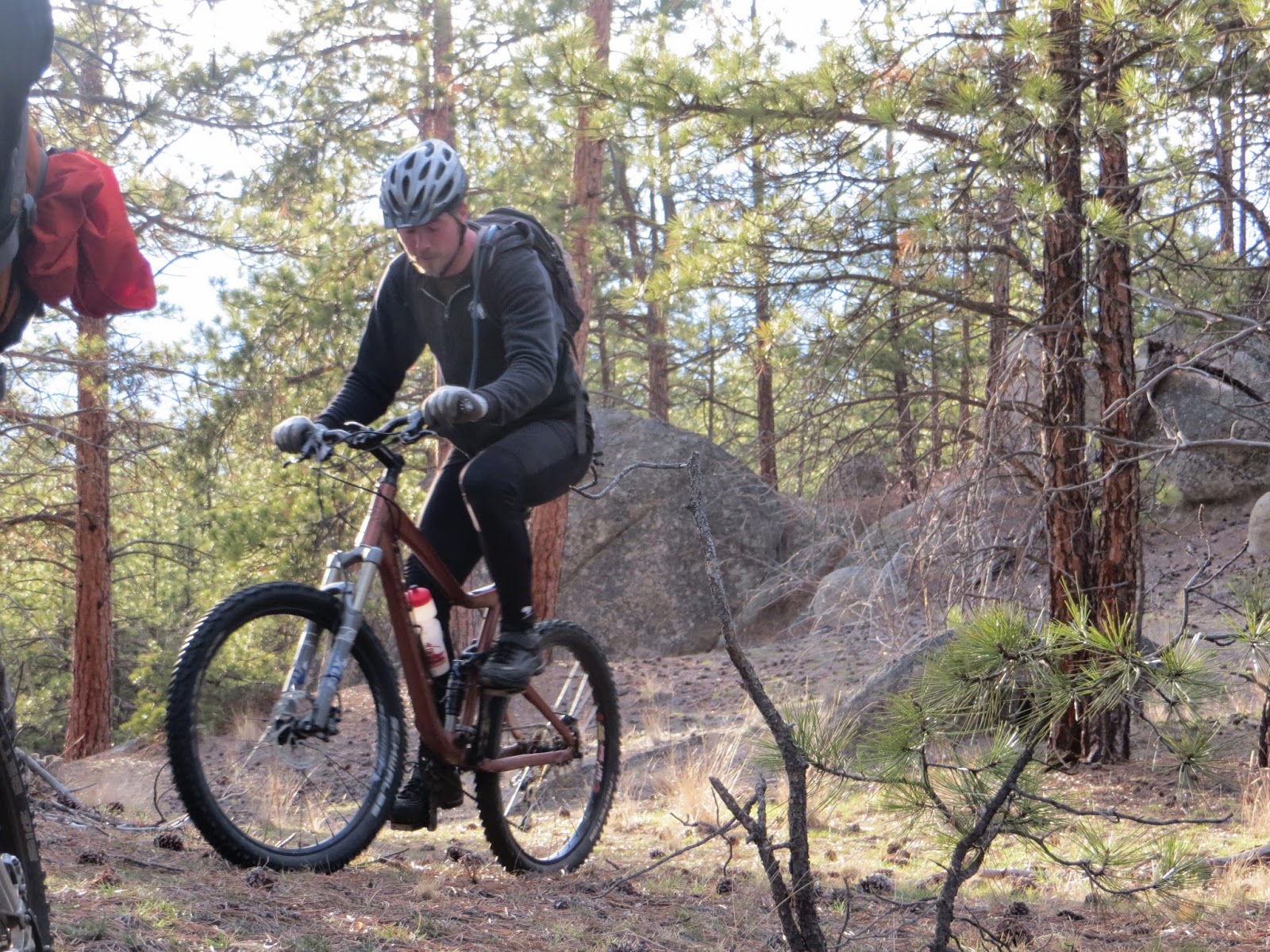 One thing I have noticed recently and it really dries my chain are those annoying blobs of blubber that have popped up all over the place.   Everything is great with day after day of rolling in the dirt, hopping logs, and airing over obstacles, then suddenly you are locked up in the garage hosting generation after generation of spider webs. 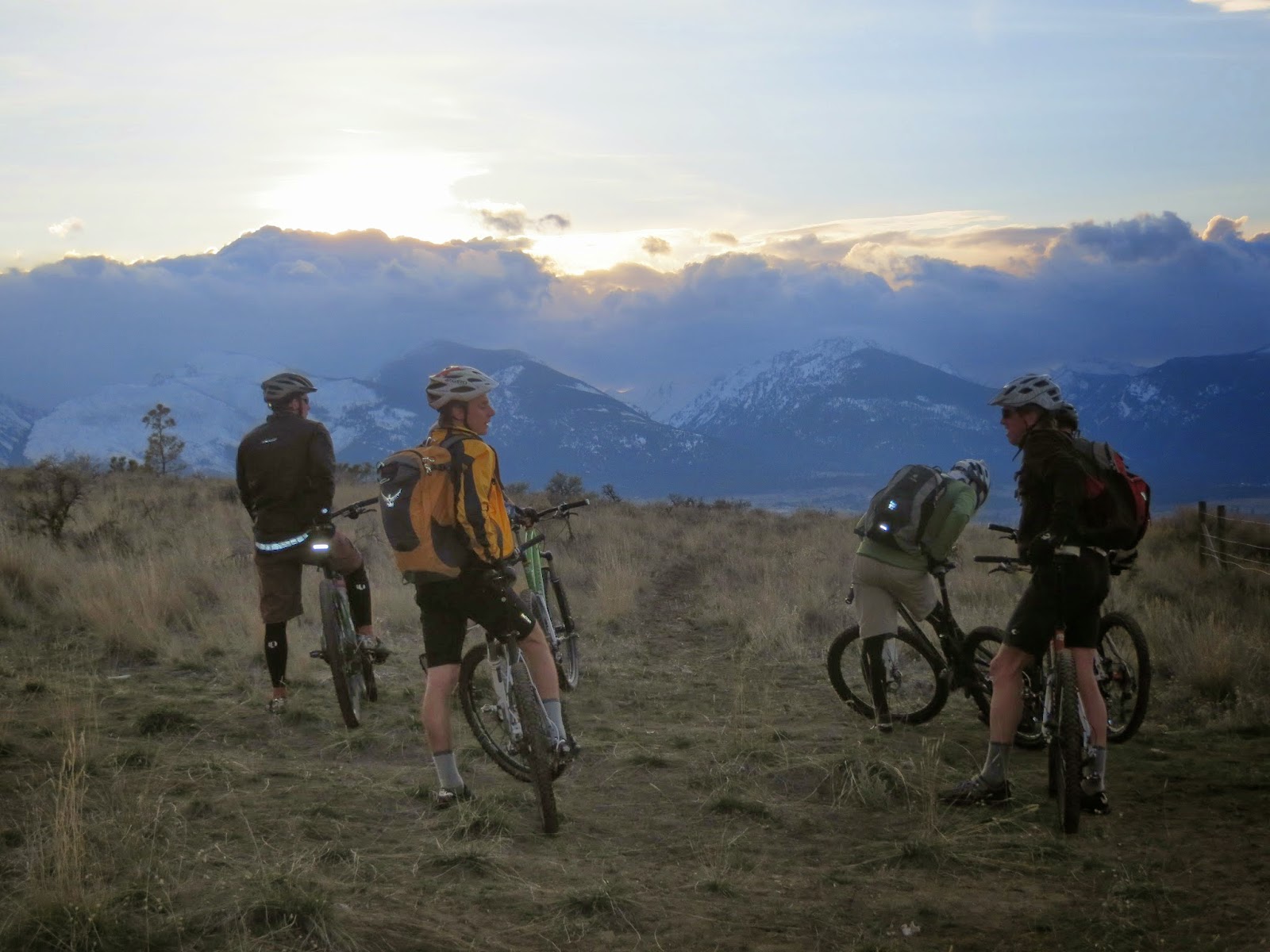 The lucky ones demeaned to getting strapped to a Burley so you can tow those shrieking shit making machines to the Farmers Market. Fuck, I hate those little fuckers, and it doesn't get better.  Even now Monkey Doo ignores me every other Wednesday so he can make the even bigger parasites they turn into dinner or help them with homework. 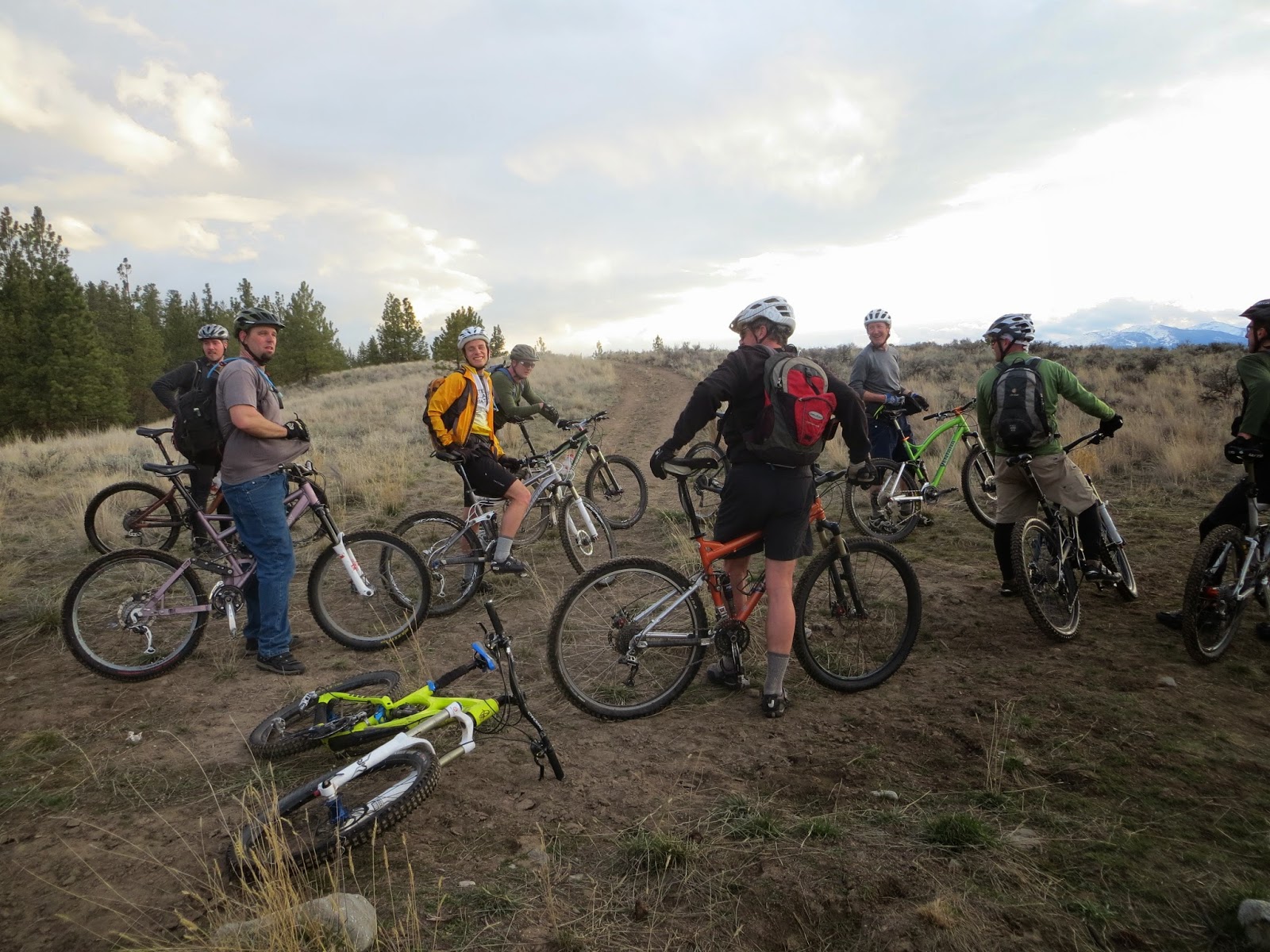 So how was the ride?  Few things are better than rubbing against sagebrush while carving turns on soft loam single track, with outcrops of grippy granite to play on and pine needle and cone covered hillsides to grind up.  At one point a herd of elk outnumbered us and forced us to retrace our treads and find a new hill to climb.  Not a huge day, but our riders with their flabby early season legs and winter insulation managed to power out 9+ miles. 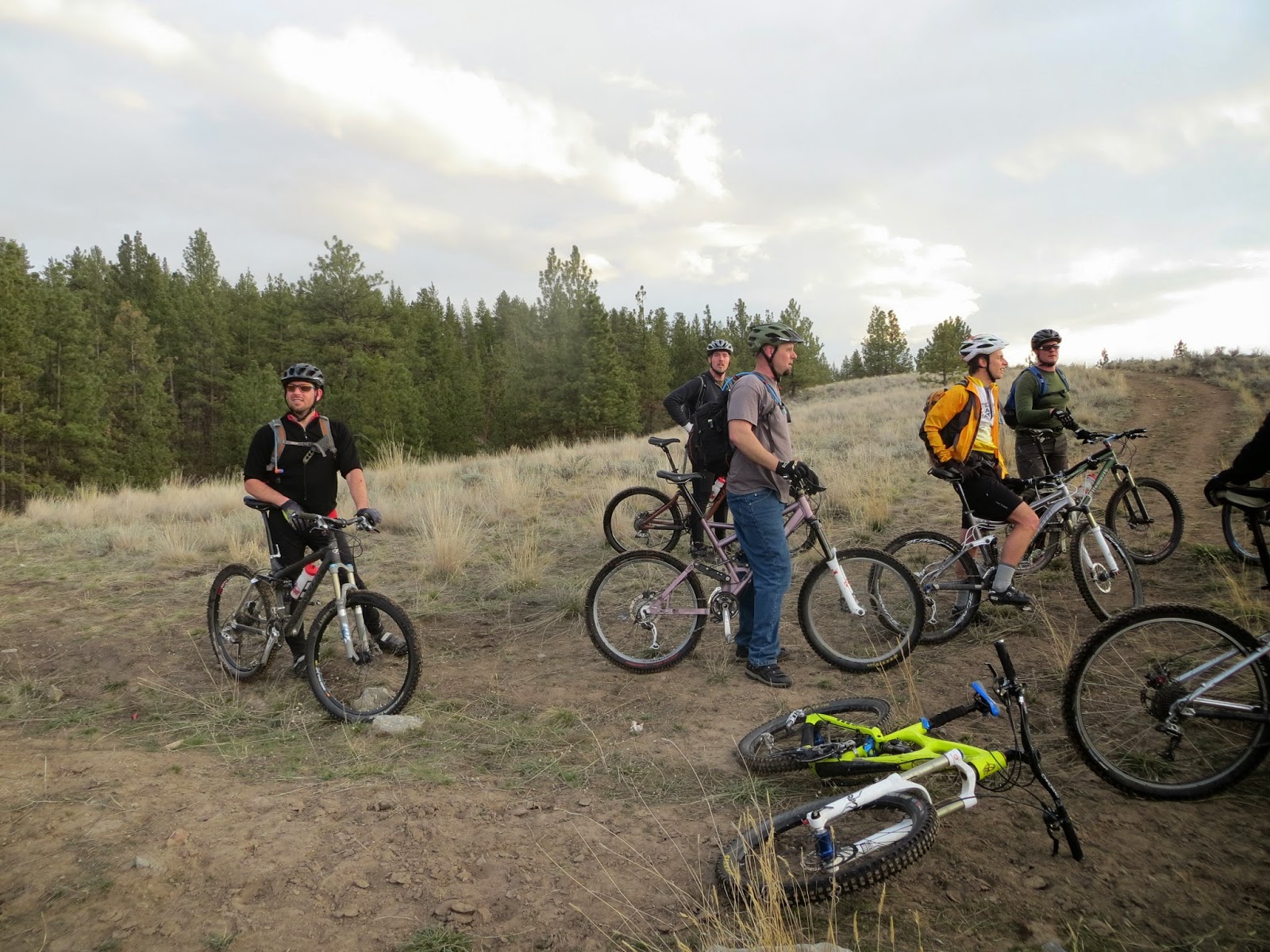 The current rumor is an out and back on Brennan's Gulch.  If I'm lucky, maybe I can swap riders so that I can get a chance to stretch my suspension and not just roll the kelly humps.