Oodles and gobs of boys and more boys continue to show up every Wednesday for bike fun, but after Jeff's Excellent Adventure it will be interesting to see if interest continues.  Not that anything was unusual for a Bitterroot ride: a little snow,  bushwhacking, a setting sun. Still, a newcomer probably would have questioned our collective sanity. 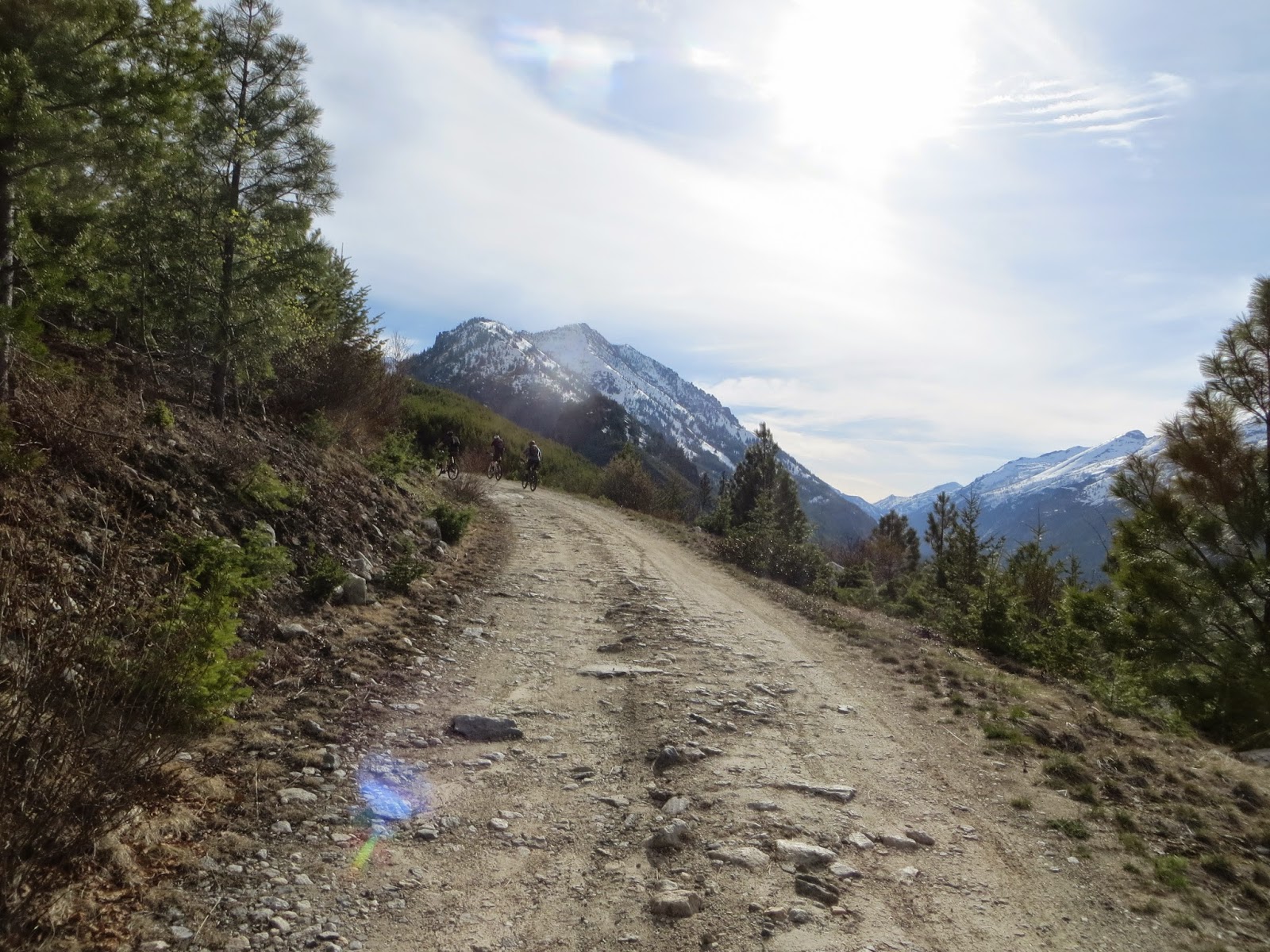 Running late again, this time due to tending to my hay fields and teaching my new workers the intricacies of irrigation.  At least those I learned since turning on the pump Monday. Fearing I would be left behind I cheated and drove up the road above Como, found the gang and the route on which to chase them. While I am in general a firm believer in plush rides and long travel suspensions, I was reminded again of the pleasures of light weight, big wheels, and a rigid frame. 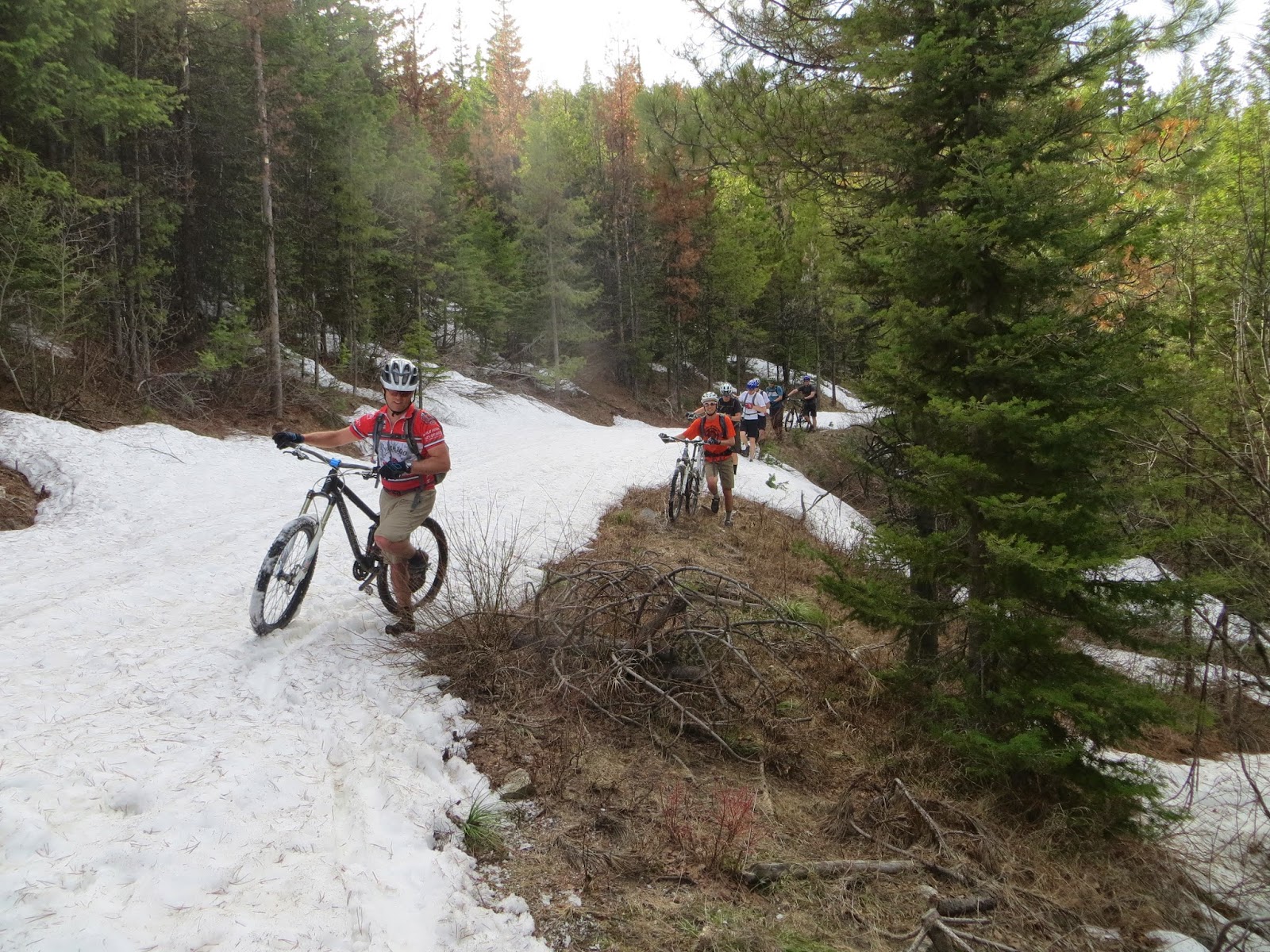 As expected, the El Mariachi made dirt roads, if not enjoyable, at least tolerable.  Riding with pack was  once again a pleasant change from the condition of watching everyone reach warp speed, get all blurry and disappear into a point while I  slog along on impulse power in the delta quadrant.    More surprising was the way it plowed through snow like a ATAT Walker, and jumped like it had a cylon FTL drive. 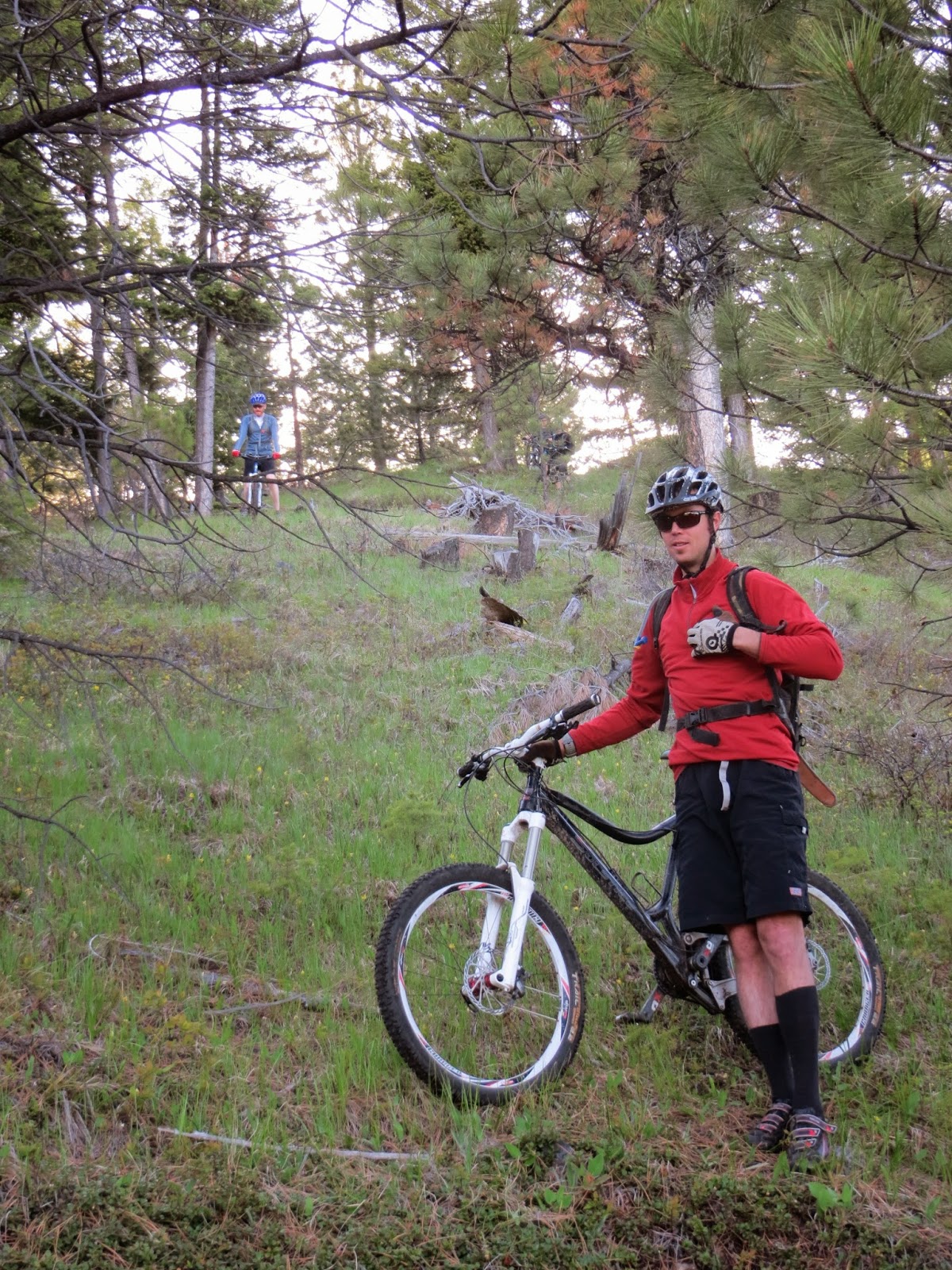 After first ticks clambered onto our legs around Tin Cup Overlook we reached tickquilibrium as ticks hopping on were balanced by the those knocked off by the bitch slapping lodge-poles reclaiming the trail. 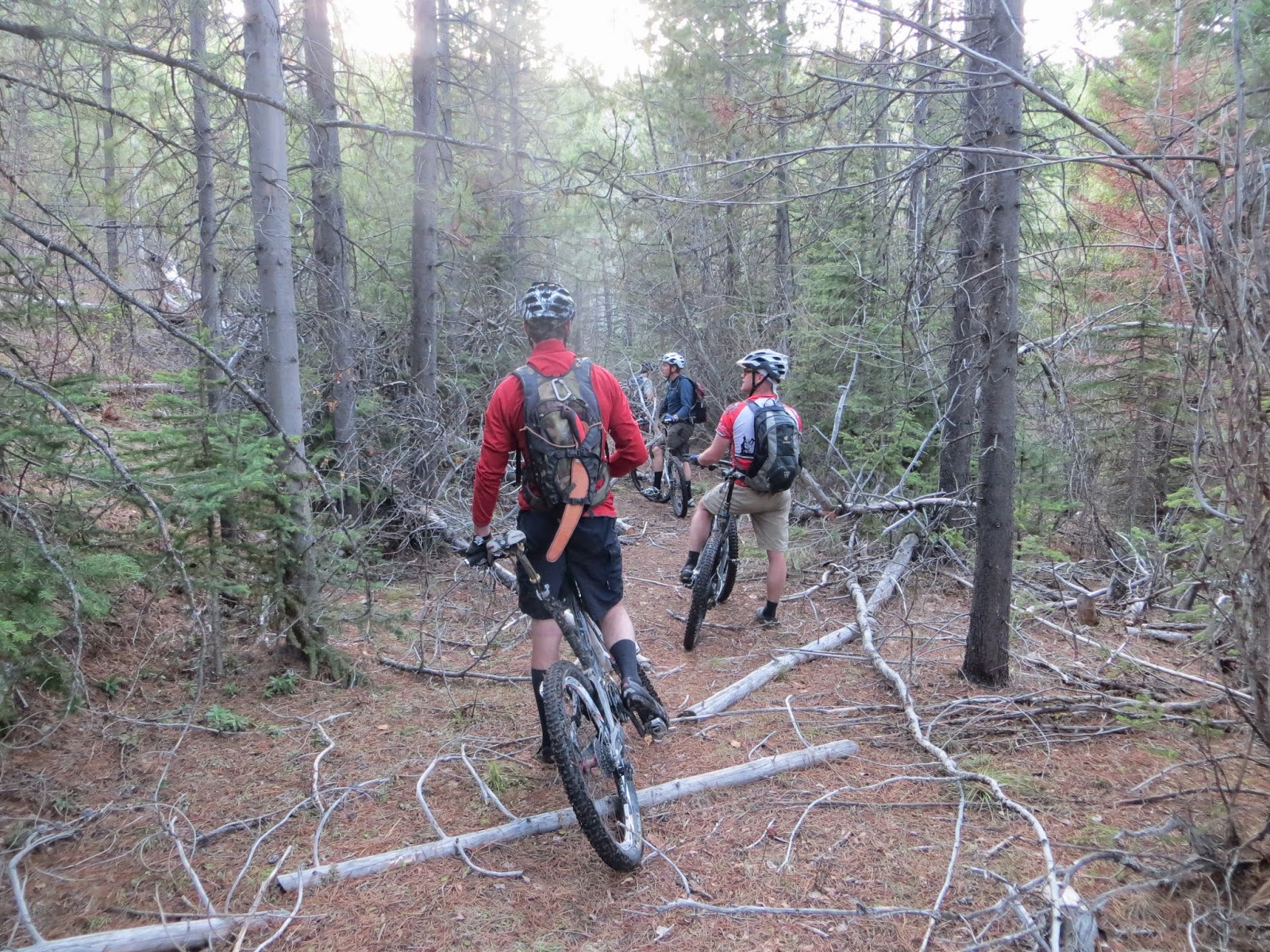 This ride had been conceived as an exploratory mission to finding possible loops for future trails. Jeff had done his Google Earth and GPS homework and despite dropping off one sub-ridge too early for a choose your own adventure straight-line, we clearly found terrain begging for new dirt ribbons. All we need now are some shovels, lopers, and oh yeah, FS approval. 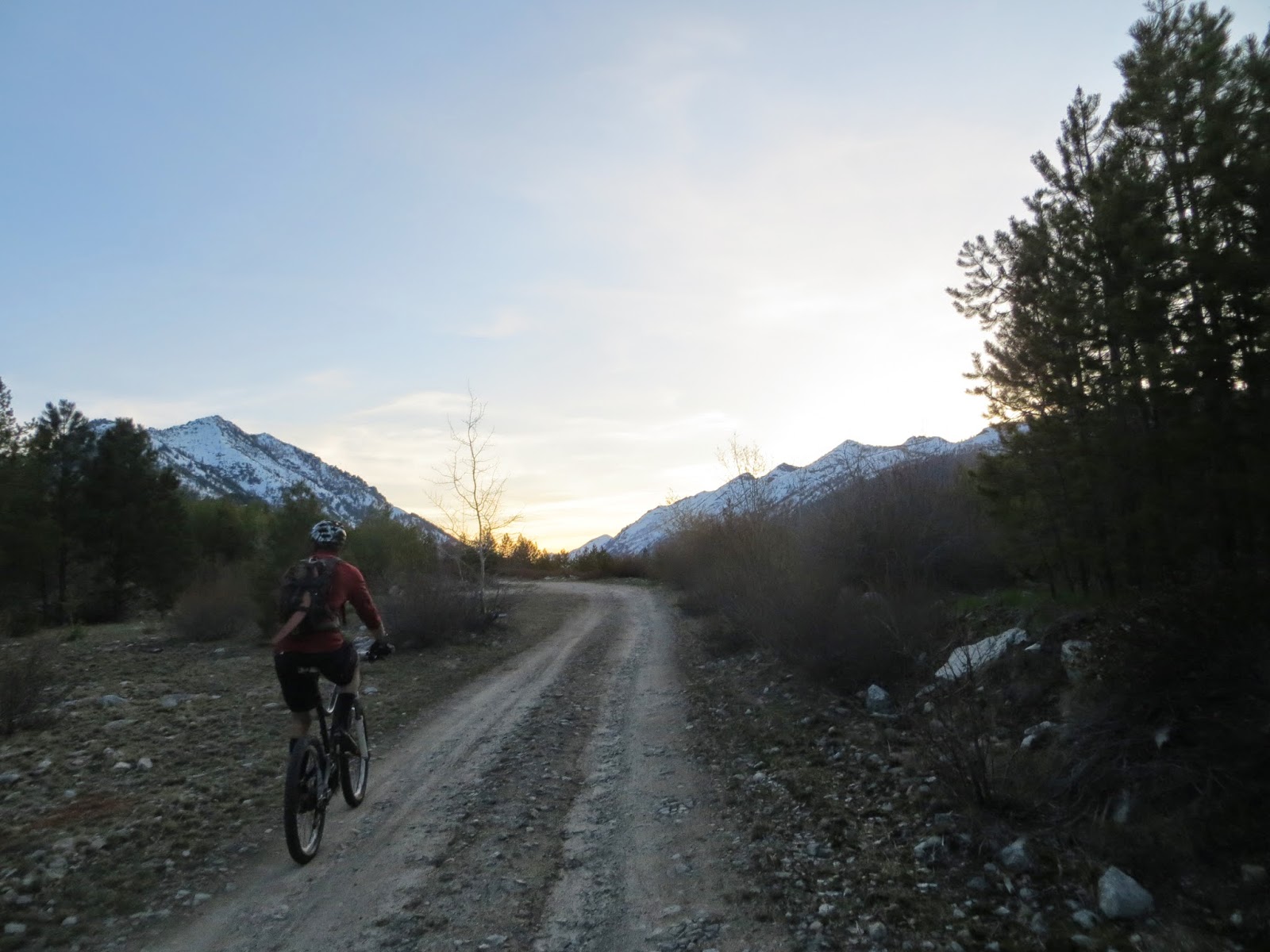 Thinking back I don't think I managed a Shannon Ridge ride last year. I forgot how fun it is. Even better with a setting sun. 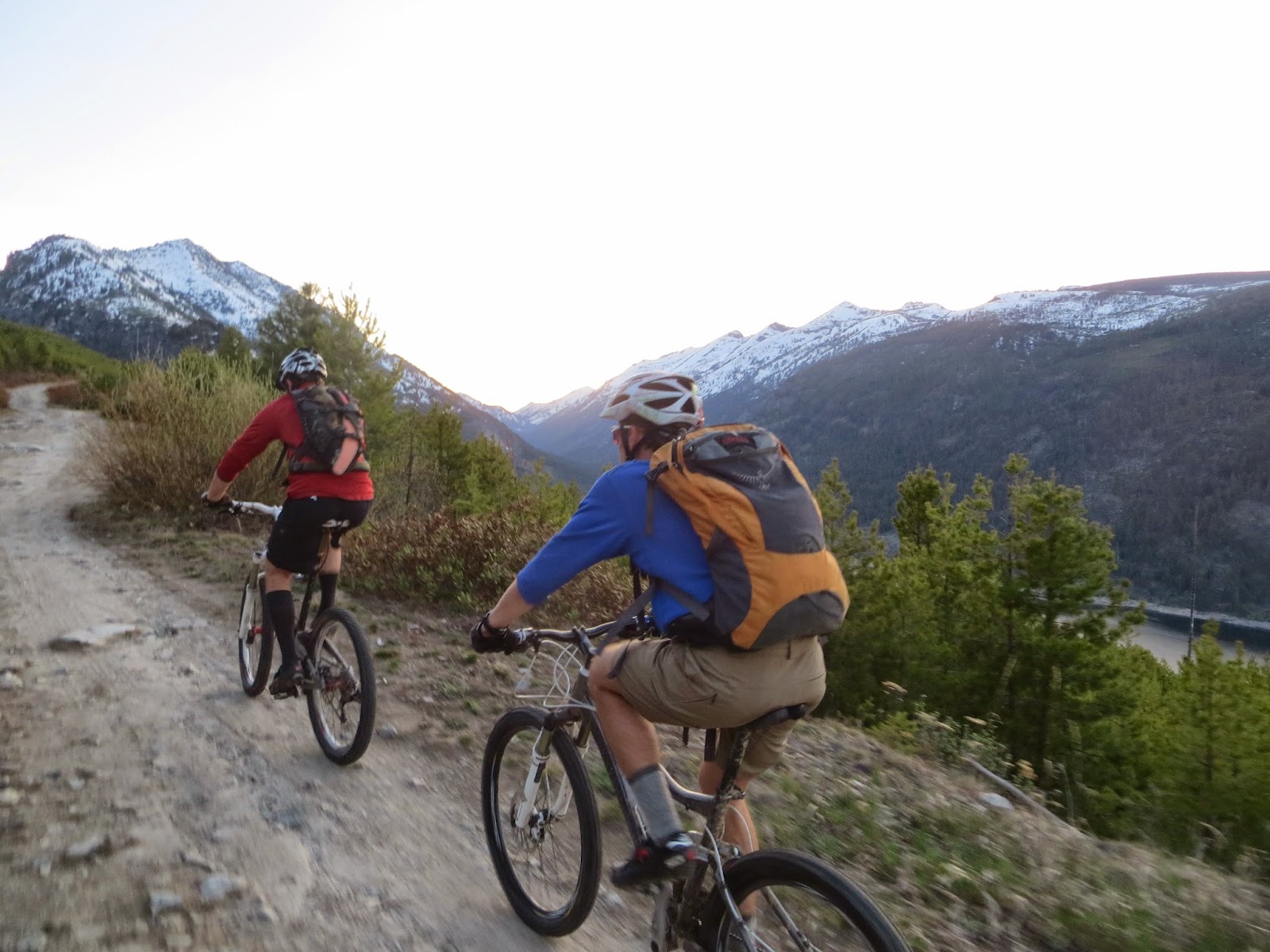 Posted by MonkeyDoo at 2:27 PM