Last night after the ride I was in laying in bed and I'm not sure if I was dreaming, or in that half asleep altered state. Either way I remember thinking a naked in bed snuggling up with someone warm, or am I still chasing Beau down the canal road, and if I am still on my bike, why am I not wearing any clothes?  Interpret that as you will. All I know is that I can't blame in on octo-bobs. 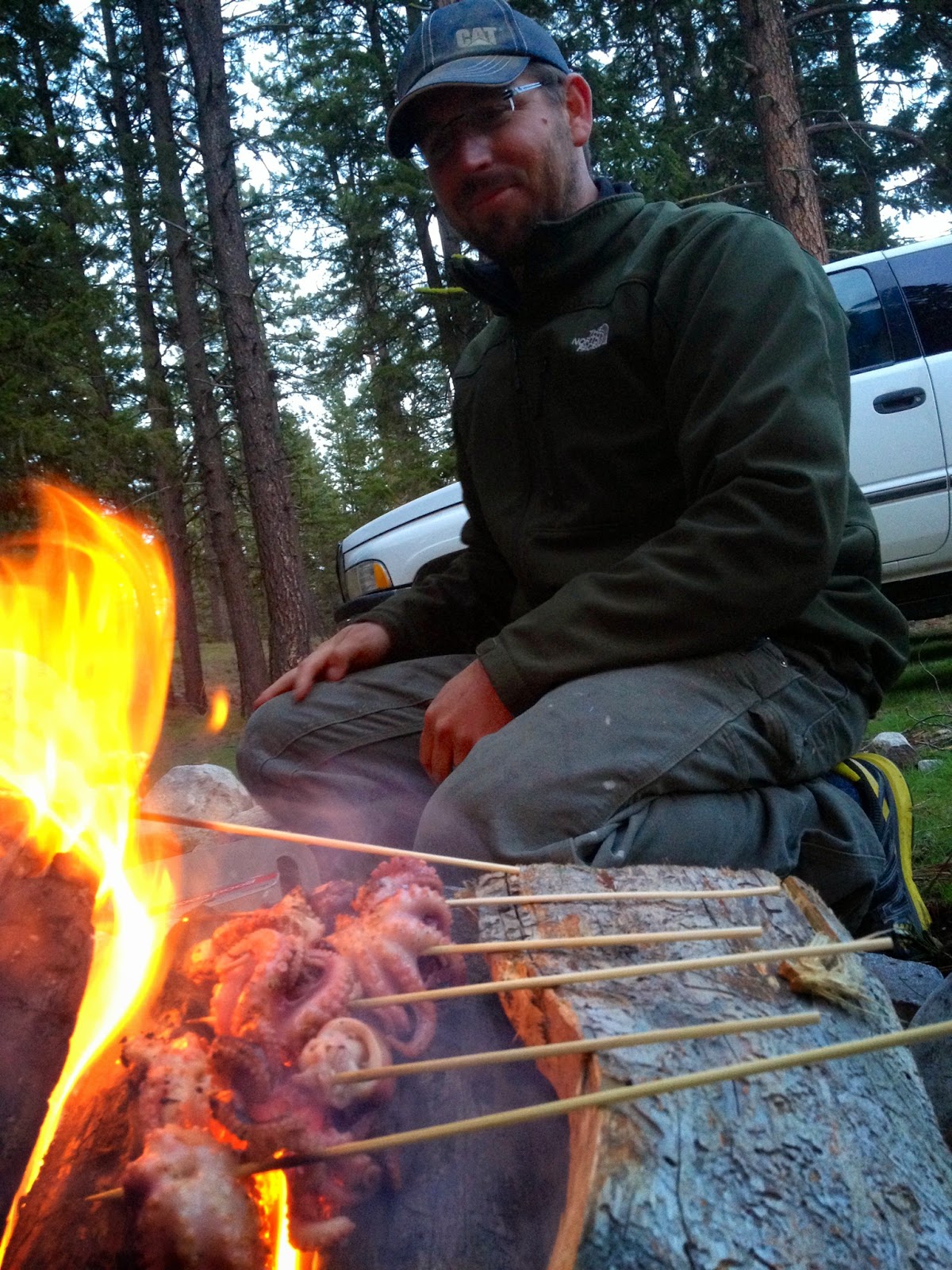 Kid duty forced me to leave before the cooking began, but Kevin brought fresh Utah/Chinese (?) marinated baby octopi, and cooked them over a campfire since no one brought a grill. Mine is fixed, but I figured since Jeff just bought a new one at Home Depot he would be as excited as a Dermacentor andersoni along the Como Trail.   I know I would be.  Jeff was, however, rebuffed by the assembly required warning on the box. 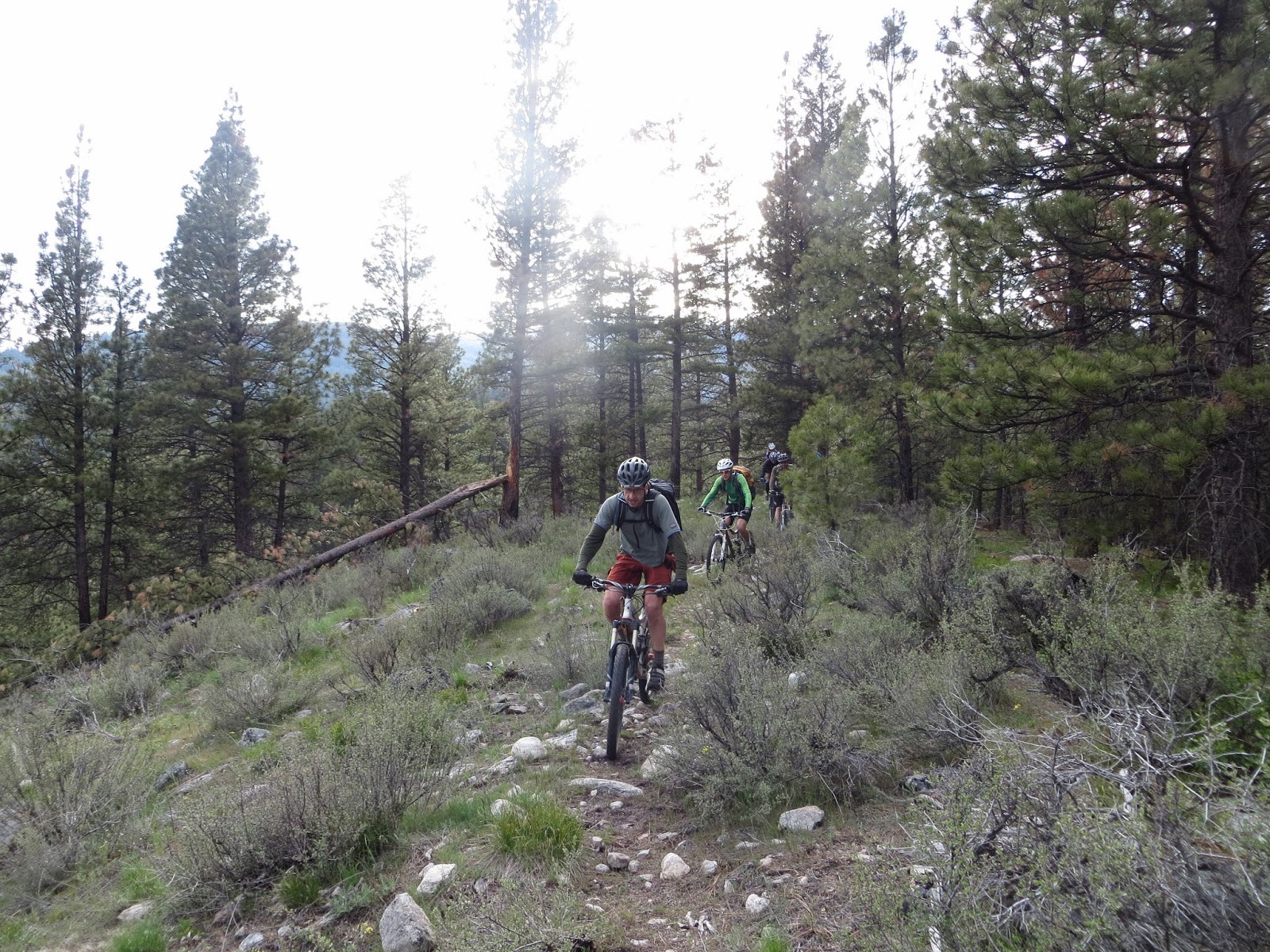 Leaving work and heading to grab my bike and change into my biking uniform I noticed a wall of clouds sitting over Como, and I knew despite the weather I had to get my ass down there. Since I missed the last wet ride with my excuse that I was busy at work, I had to make this one rain or not; otherwise my jibes of castration and eunuchs would ring hollow. Luckily the clouds move off to the south leaving clear skies to the dozen of riders who also braved the risk of hypothermia.  Among the gathered were: Mike, a valley newcomer out for his Bitterroot dirt experience; Sam, the next in the Kern dynasty who recently discovered that mountain biking can be fun even if his dad does it and is already kicking my sorry butt, and John who I never had a chance to introduced myself to, but I think has been on a few recent rides during my Moab adventure. 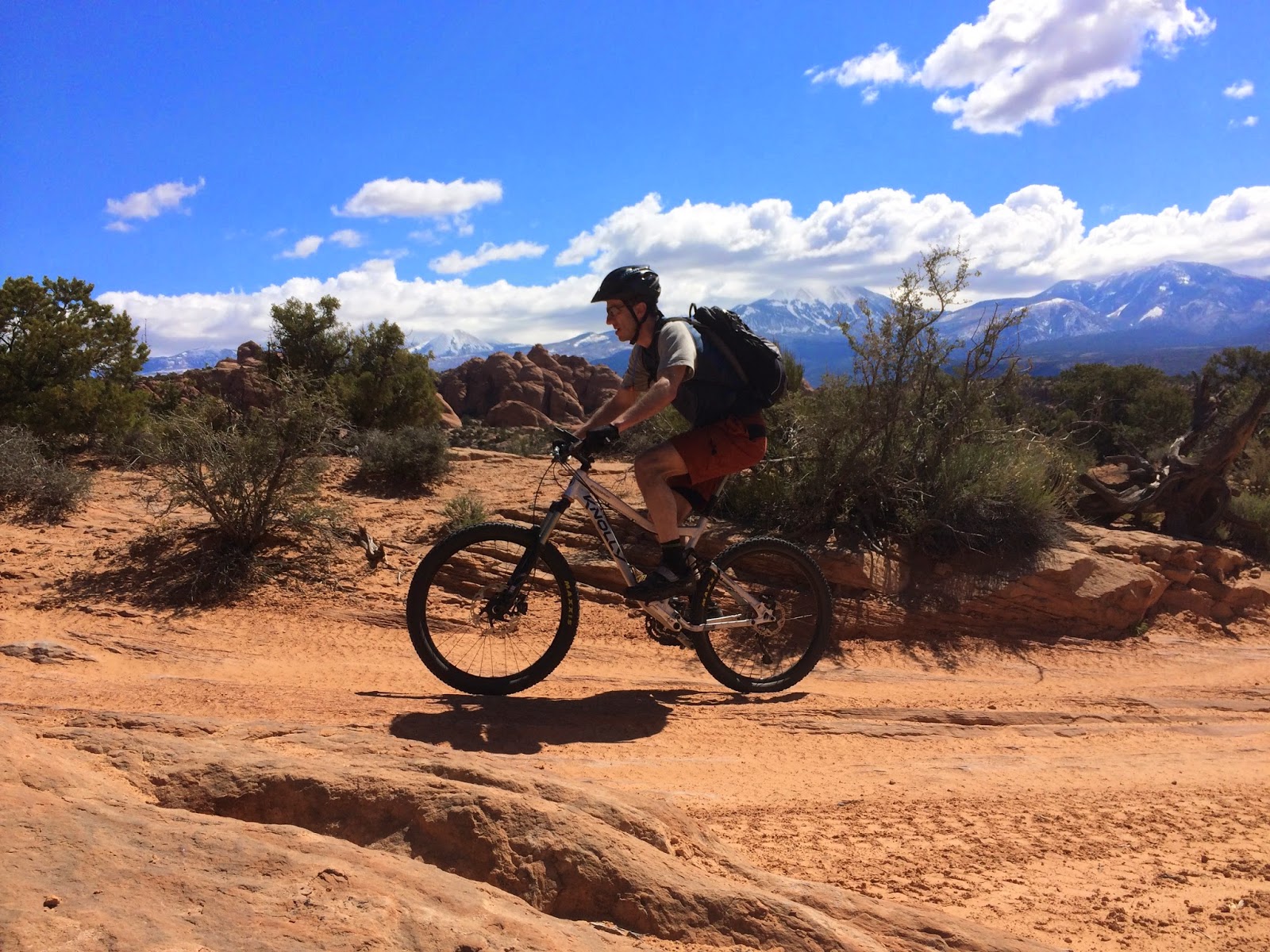 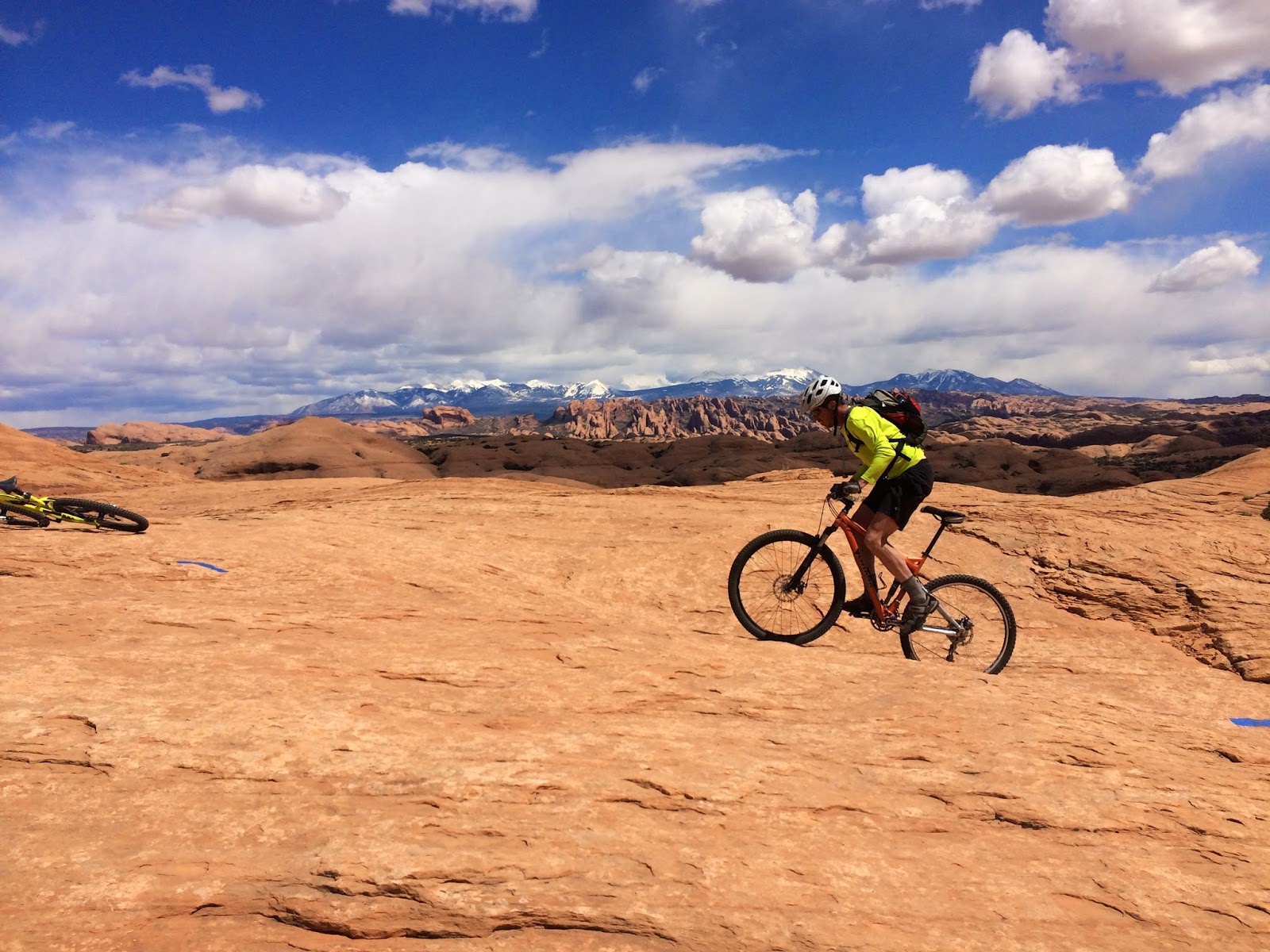 Speaking of Moab, if only because I have better pictures of there than I do from the current ride, while down there we rode maybe the best trail I have ever ridden, Captain Ahab. It accomplished something I didn't know was possible it was flowy and technical. As long as you listened to British 80's pop and understood that you "gotta have faith" the lines were always there whether you wanted to roll or huck. 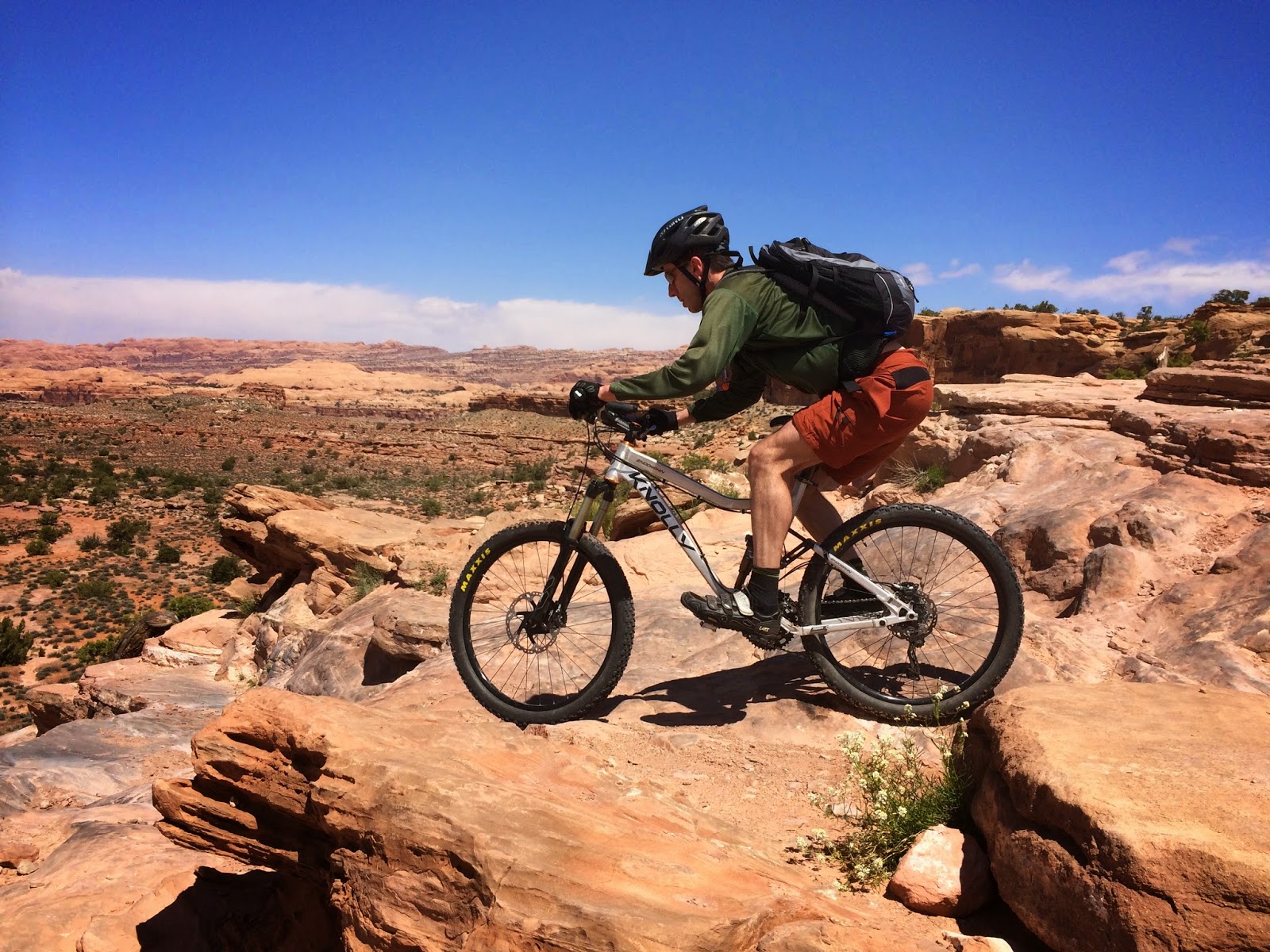 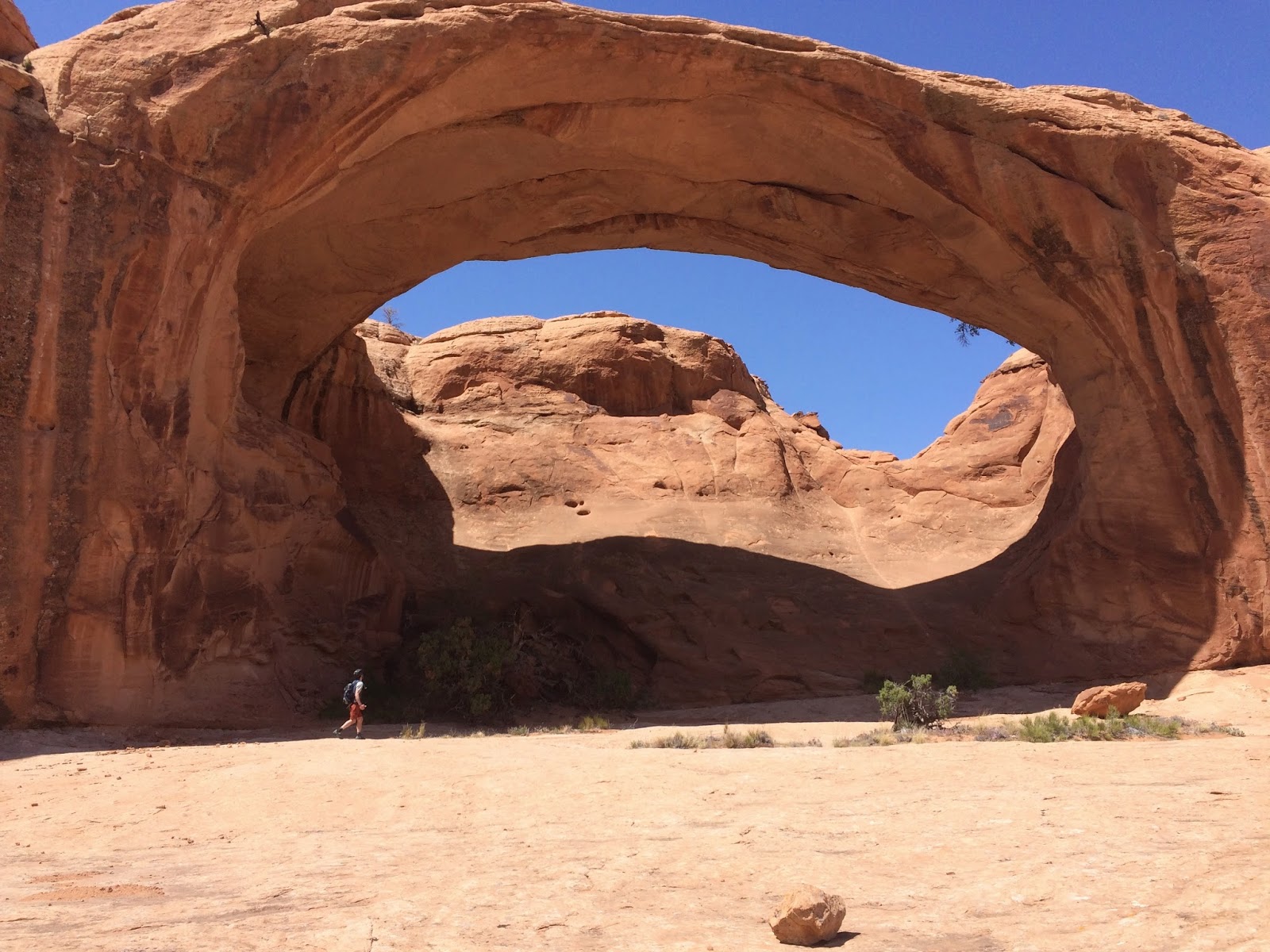 Ignore the pictures, we are back to Wednesday.  While the rain may have missed us, it left a calling card of gumbo on the fire roads and the the canal return Everyone earned their stripes.  It was one of those rides that once you get home, you aren't sure whether you are covered in mud or rickettsia vectors. 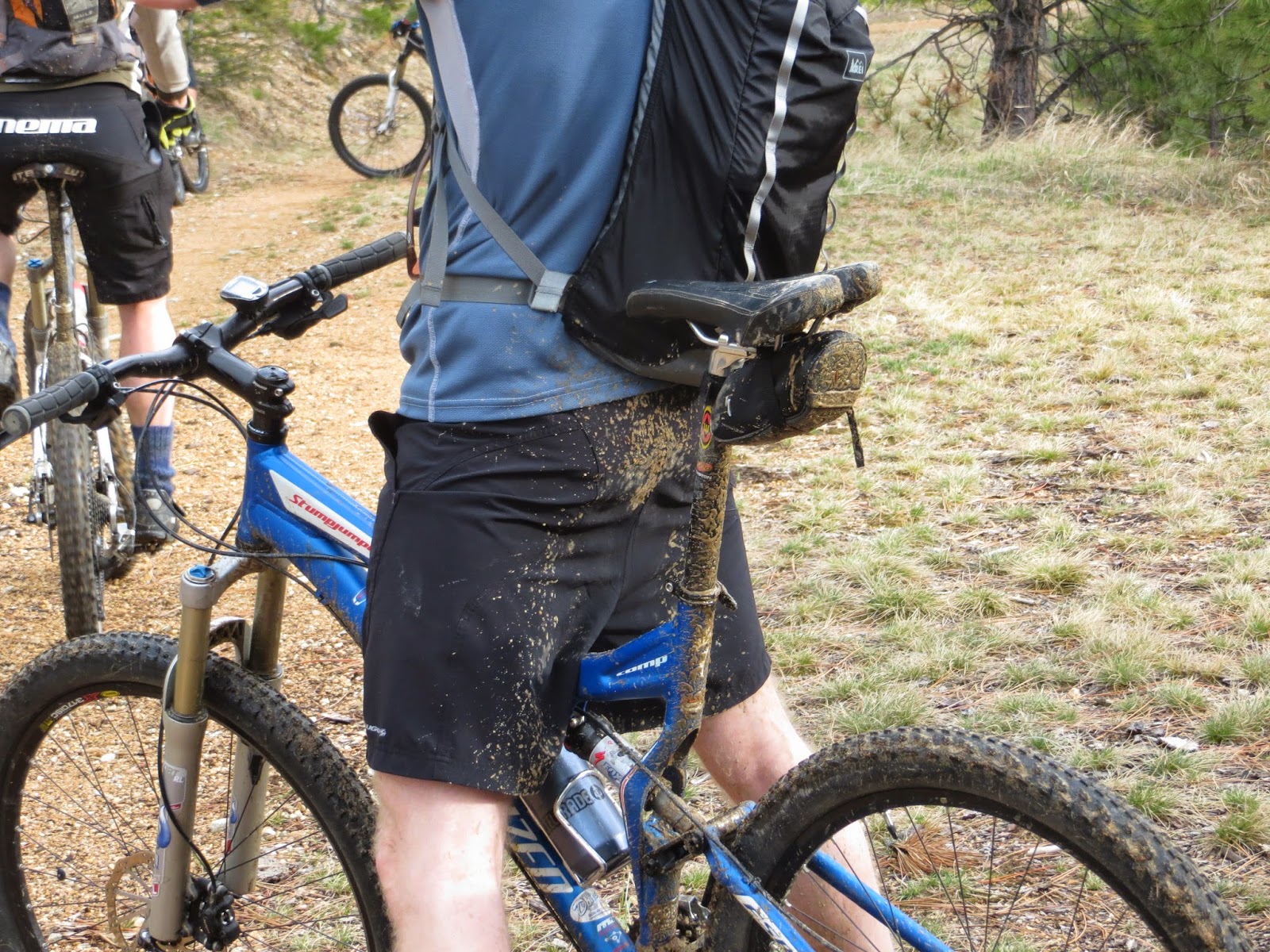 Snow is till hanging around higher up so the highest we could go was lower upper Jenny, then down upper lower Jenny, and lower lower Jenny ridge.  More so than most years, the winter has left us a bounty of downed trees.  Most of last week's ride around Como was a clearing party and we had plenty of trees to move and cut again this year. I imagine our annual clearing of Warm Springs should give everyone plenty of practice for Darby Logger Days. 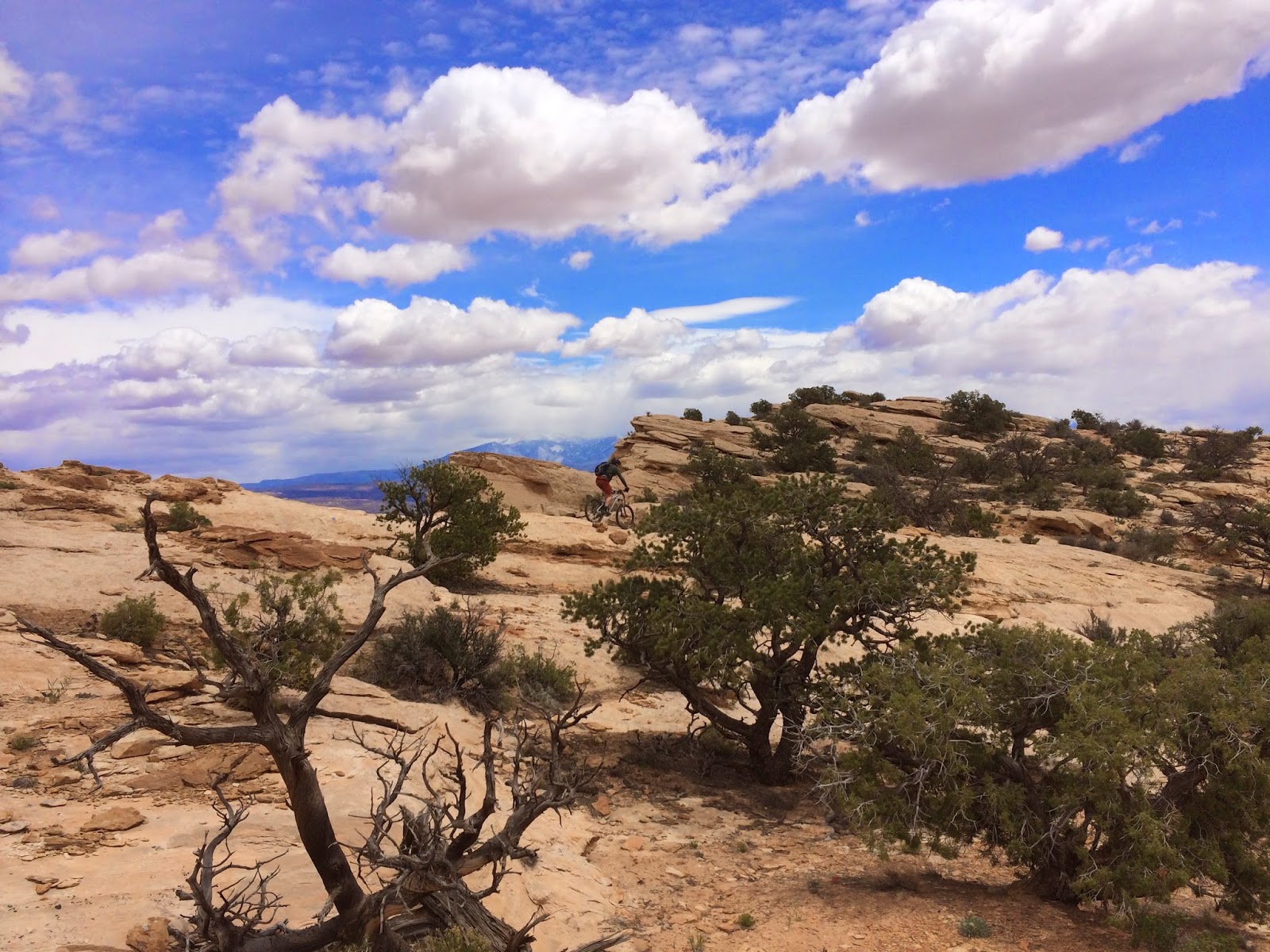 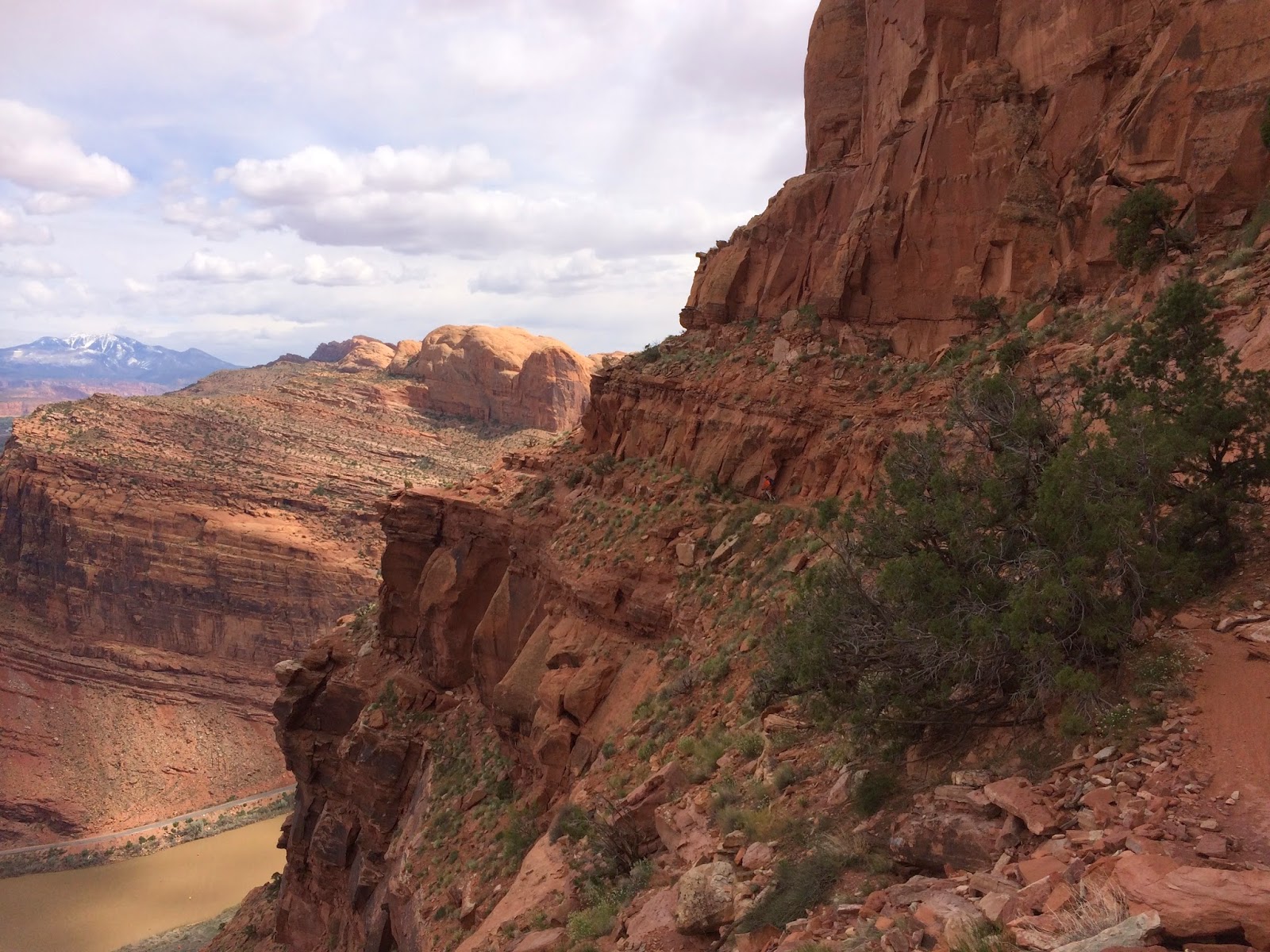 I tried something different for yesterday's ride.  I grabbed my 29er hard tail, instead of my usual Ibis, to see if climbing could be enjoyable.  I'm still not sure it was smart. Sure the climbing and return along the canal could almost be described as enjoyable, but it made me cocky, and I still think lactic acidosis and residual hypoxia from chasing Beau contributed to my disturbed sleep. On the other bike, I can't even fantasize about having an climbing prowess. 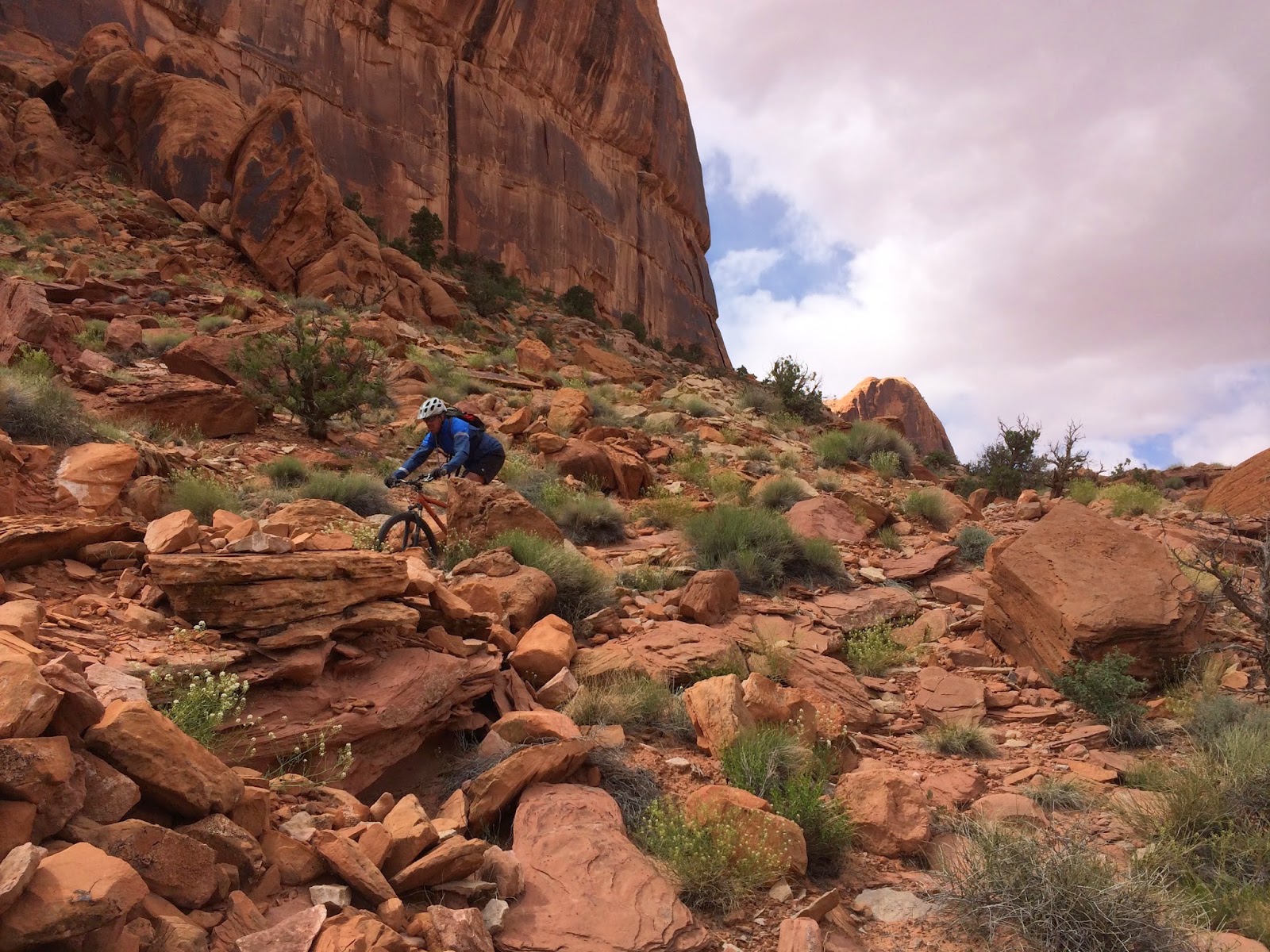 I guess I'll wrap this up with a little hypocritical bloviating, since I spent lunch trying and failing to reclaim my Blodgett Camp KOM. A KOM I only had because Dean and Jeff and Chad and Cory and Beau, and most everybody riding Wednesday night, even those roadie/triathletes Quentin and Jeremy don't do Strava.    When did eating become fueling, drinking become hydrating, sleeping becomes recuperation, and sex become oxytocin management. All these scientific terms, along with being pretentious, convert the best parts into life into obsessive  neuroses. Eating and drinking should be sitting around an open fire, roasting seafood and drinking black IPA leftovers slipped out of the brewery; not replenishing electrolytes.  Mountain biking should be about climbing hills and not quite making it, sliding around on muddy roads, and finding new uses for rocks on the trail; not about keeping the heart rate in the right zone.
Posted by MonkeyDoo at 3:44 PM