Honestly I don't have much to stay this week, and not many pictures. More important things were on my mind; the threat to the world wide sriracha supply has been resolved without military intervention, Kanye and Kim made honest people of each other (or not), and I still haven't found an unsuspecting teenager wanting to drag aluminum tubes around wet grass at dawn and dusk.. Plus, the lighting was terrible, and I didn't see a point in taking crappy pictures just for the sake of taking pictures. Although towards the end of the ride, the sun curtsied to give us some great light, but by then I was more interested in the downhill than I was in jumping off mu bike, finding a good spot in the sage and watching everyone else ride by.  In my defense, I planned to get some shots on the switchbacks, but by then the moment was gone.  Those switchbacks, they have always given my the willies, but every year the horses knock more off the edge and uphill side slowly slides down with the remaining dental floss of a trail hanging over visions of broken bones after a long painful tumble. 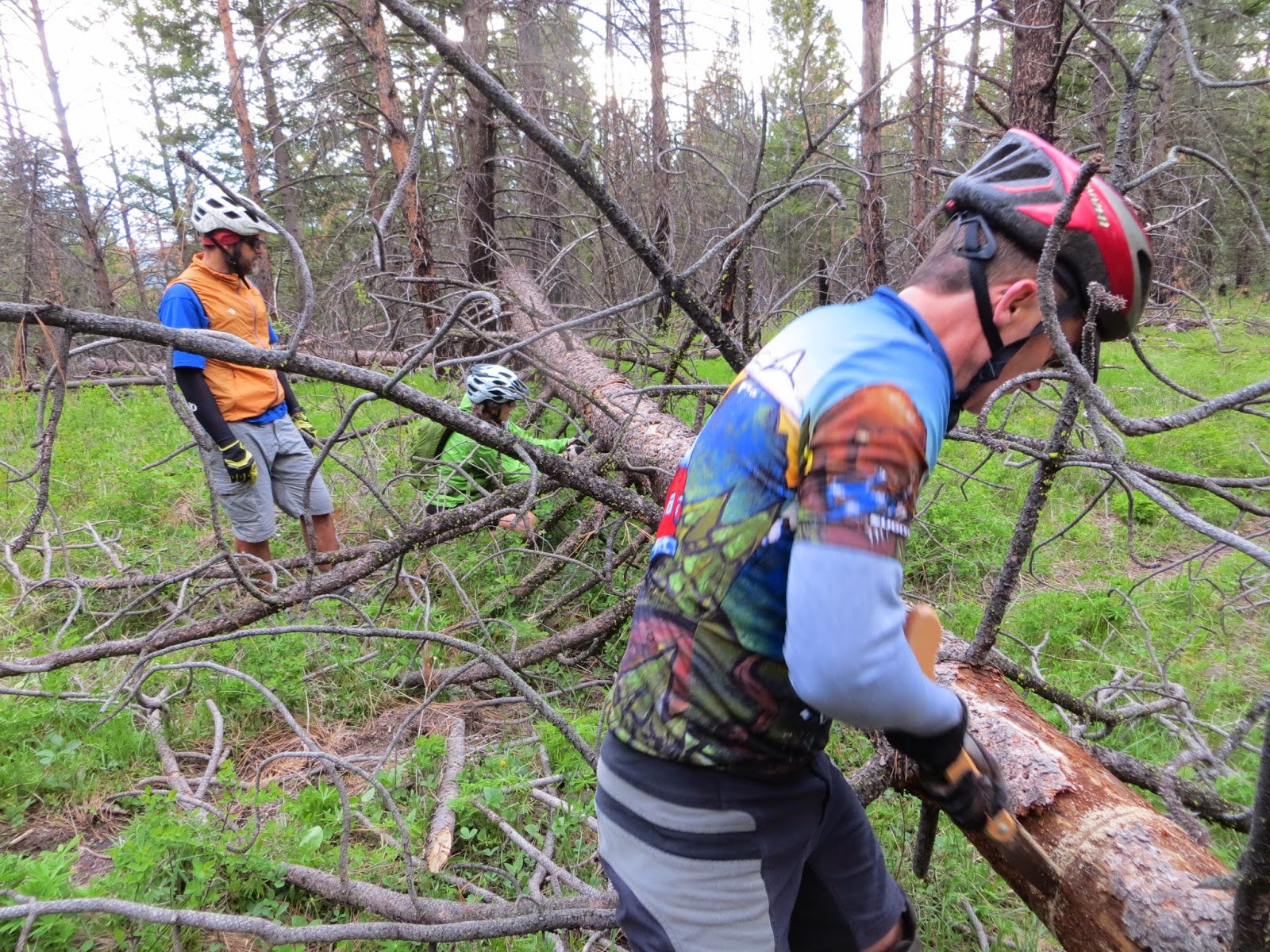 Driving over to the parking area, aka  the Little Sleeping Child Trash Can Collective, I drove by Chad  and Rob. I offered them a ride and in return I was appropriately castigated for being the total wuss I am for not riding from my house.  I felt a little better when I noticed they were on rigid climbing machines, assuming that an El Gordo sans the gordo tires can be considered a climbing machine, and I was on my overbuilt uphill averse Ibis with flat pedals. Not that I would have ridden anyways.  Getting back to a post ride beer seemed preferable to a twilight road coast down Sleeping Child.

Regrouping at the top of the first gravel climb, Rob was fiddling with his tire when he whipped out his tool explaining that he had heard that ejaculate is a good emergency replacement for tire slime  when we were all treated to a temporary full monty.  Maybe not Game of Thrones full frontal, but enough for most of us to quickly remount and resume climbing.

At this point someone asked how much more a climb we had, and either Warwick  (It may have not been Warwick, but he was in earshot, and if even if it wasn't Warwick it makes a better story if it was him, and anyways all ride reports are based on actual events) replied without irony that it was only a couple of miles more, and everyone knows what that means. Pain, maybe not the six fingered man degree of pain, but pain nonetheless: false summits,  premature last turns,  and forgotten anoxic grunts.

Towards the end of the ride, Chad was spotted wearing a glove on one had and a dirty inside out sock on the other.  Theories were  that Chad was channeling his inner Michael Jackson, or that Chad was practicing his lamb chop sock puppet theater. Alternatively, on one ride last year Chad almost froze due to lack of extra layers, and on another ride Chad became hypothermic after forgetting to pack rain gear.  Possibly this year, misled by a forecast of a sunny 70° ride, he was once again caught without the necessary gear.  Maybe this time Chad forgot gloves, and potentially his hands were slowly turning White Walker zombie white, aka Raynaud phenomenon.   Chad may be a year older, but Chad may not be a year wiser. Chad asked that I not include his face on this photo.  Here you go Chad. No one will know who the socked hand belongs to. 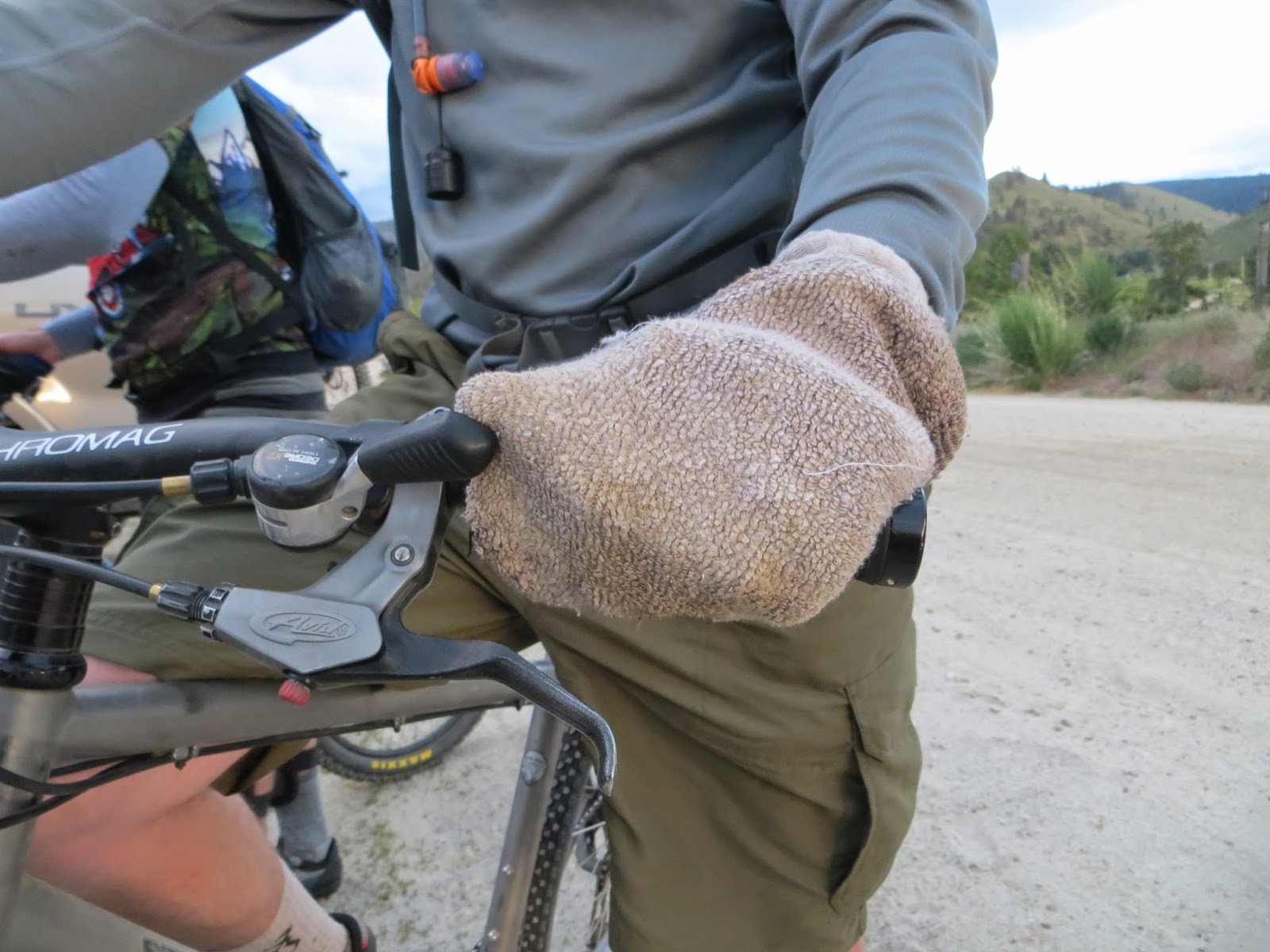 Oh what the hell. 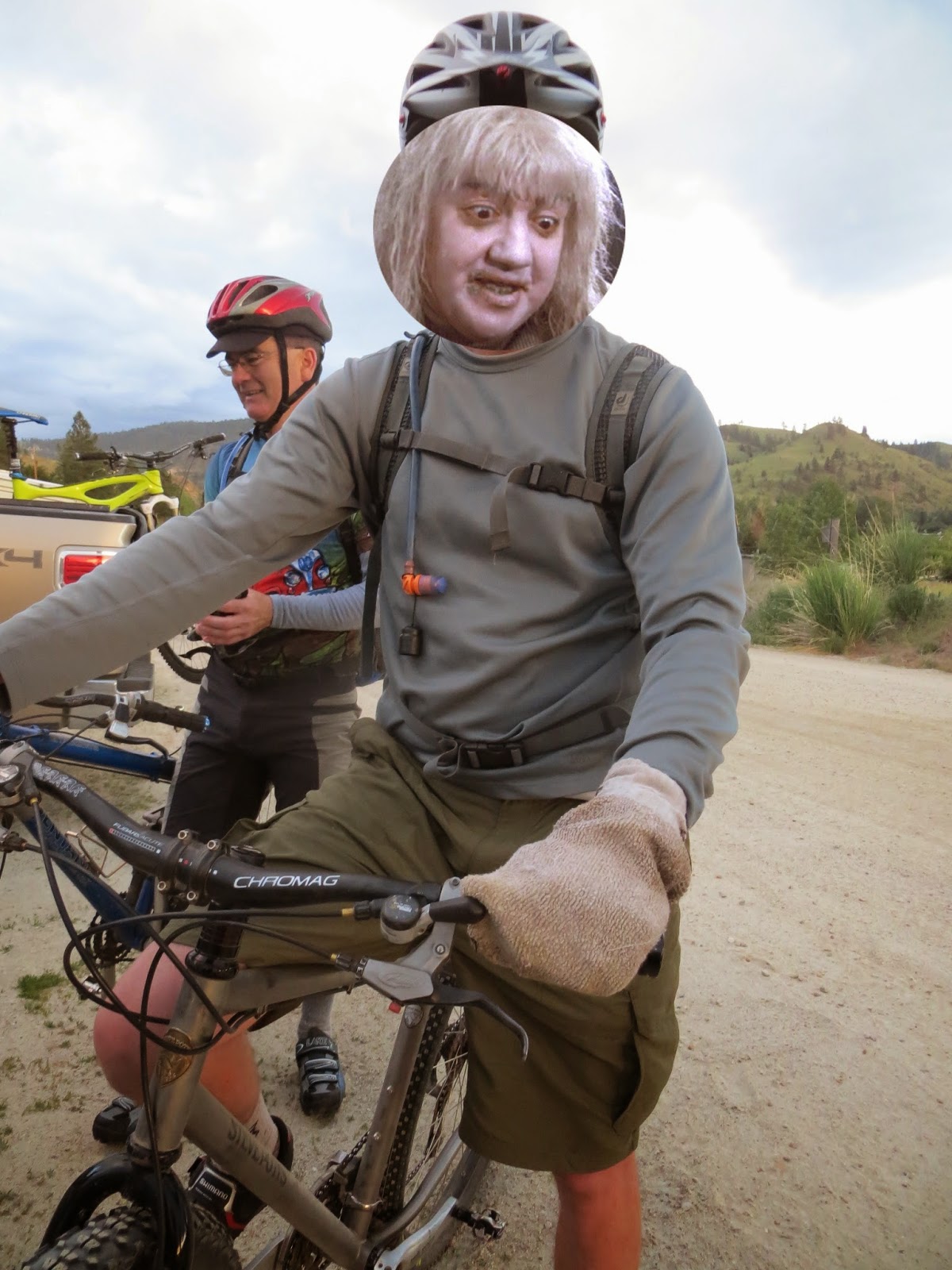 Posted by MonkeyDoo at 2:36 PM