Before I get too far into the antics of this Wednesday's wild forest rumpus, I want to take a short detour to a solo ride where I had an uncomfortable revelation about my subconscious and a wonderful insight into the healing power of single track.

Last week I heading out in search of some after work trail, wishing I was heading out for some after work tail.  Every so often the lack of a feminine presence in my life explodes from a small annoyance into a cavernous maw of frustration. It may have had something to do with asking someone out, and getting a yes, although a fairly ambivalent yes. Something along the lines of:  "I guess so,  my favorite contestants on Dancing With The Stars and American Idol got kicked off and having a beer with you is marginally better than trying to improve my scores in Angry Birds." It was the kind of response that leaves you sensing that the evening will be one of awkwardly feeling each other out, rather than passionately feeling each other up.

So while driving to the trailhead I was reminiscing on past relationships, and more signifanctly the gaps between relationships, and contemplating whether my passion for mountain biking was some sort of unhinged transference, to compensate for the deficiencies in my social life.

After parking at Como for a quick jaunt on Shannon Ridge, once I hit the trail, the MMA cage match between Jung and Freud came to an abrupt end when buddha came into the ring and used them as a recliner while he meditated on nothingness and nirvana.  I forgot about everything else, and followed the thin ribbon of dirt. I may not returned enlightened, but I definitely returned better appreciating the value of dirt ribbons. 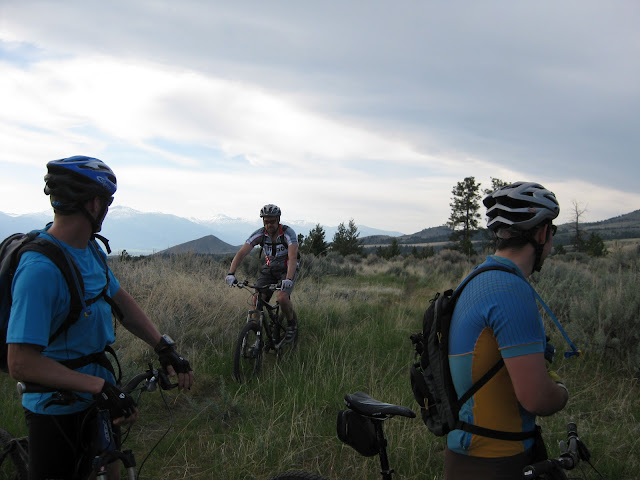 Whatever everyone else motivations, I'm not a shrink and do got around psychoanalyzing, there were 16 of us packing the parking lot of calf creek with some of us having the chutzpa to park on the horsey trailer side, which seemed to really chap the hide of one horse lady, with a saddle horn wedged up her nether regions and who had mistakenly put the blinders on her own head which prevented her from seeing all the cars already filling the opposite side of the parking lot, and assumed we wanted to park in the horse shit just to piss her off.

Whatever the origin of anti bike bias, I'm glad out negative interactive with her is the exception. Instead I want to thank the horse people have been out in force this year, cutting a new section of trail along the south boundary and clearing a section of trail beyond the meadow that has been out of commission from downfall for at least three years.

With Aaron missing it was up to Dean to do last minute bike maintenance,  replacing the temporary road tube from last week with a real 29er tube.  A black chevy pickup with a yellow bike in the bed pulled into the lot as we climbed up the hill from the parking lot. If you hoping to ride with us, sorry we missed you.  We went left at the first intersection, and then left again at the meadow, and right just past the creek crossing.  Hope you had fun wherever you rode. 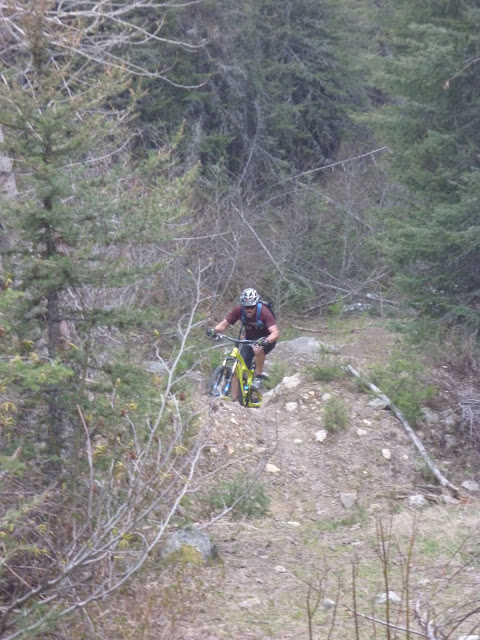 Dean claimed he saw a bear near the top of Butterfly Rd, and Bo who was riding far ahead of the rest of us with Dean claimed he also saw a bear. The way the two of them looked at each other I wondered whether they had truly seen a specimen Ursus Americanus or whether while looking for where the wild  things are, they discovered they were the wild things. A subsequent discovery answered the question. 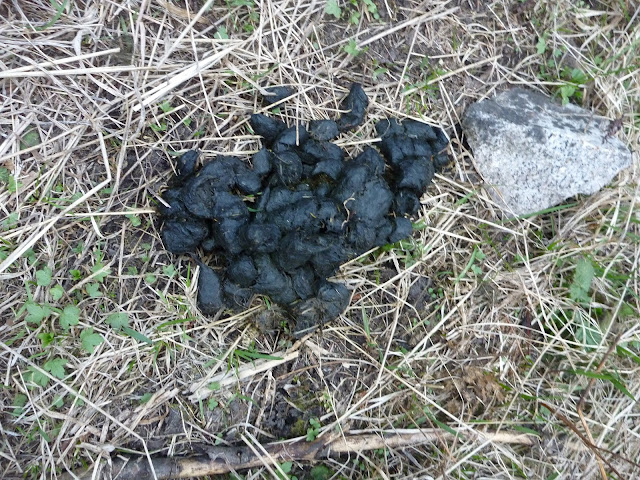 The downhill was as fast and fun as usual, more so for those in front.  Farther back in the pack, the setting sun refracting though the cloud of dust managed to obscure the trail.  The choose your own adventure on the grassy knoll was not universally appreciated, even if everyone agreed that trying it with rim brakes shows either a serious lack of judgement or a degree of skill rarely seen outside of the Red Bull Rampage.  Must be why everyone was back to disc brakes this year. 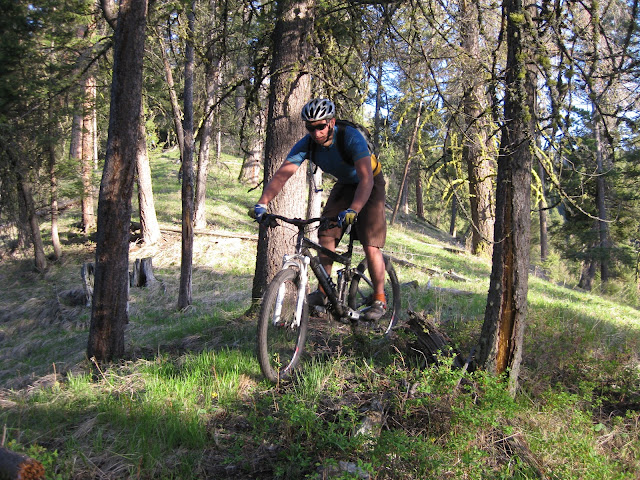 After missing most of last year I would like to welcome Kevin back.  Please inform your lovely wife that she doesn't need to bribe us with fresh chocolate chip cookies, homemade buns, and grass fed burgers to let you ride with us.  We already like you, and you didn't hold us back. Despite having a larger group, we rode the loop 19 minutes faster than last year.

Plan on putting some air in your tires for the climb up Two Bears toYellowstone Camp next week, and remember if you go for a ride looking for wild things, don't wear your wolf suit.

Posted by MonkeyDoo at 2:19 PM