The weather forecast for Yellowstone Camp wasn’t as nice as last week: Highs around 50, Lows near freezing, large chance of precip – unclear whether solid or liquid.  The forecast was right on.  Probably as a result of that, we had just over 50% of the headcount of last week.  10 riders for about 19 miles.  Every warm layer we had (including body armor) was in place for the descent.
Several of us spotted 2 bighorn sheep just ¼ mile from the parking spot at the start.  One of our group seemed seriously concerned that they were experiencing signs of pertussis (perhaps they had been hanging out in the Pinesdale or Corvallis schools) and that he should “do the right thing”, FWP-style and shoot them.  An hour or so later I should have been more concerned about his enthusiasm, as, after chasing the 2 leaders up the 11 mile/2,700 ft (3 Warwick) climb, I was exhibiting some of those symptoms myself.

We never quite made YC.  By the time we all reached the top, we realized that we were flirting with daylight issues and had only 3 headlights between us, so we took the first left.  We had also passed through sunlight, drizzle, snow and back into sunlight.  There was a bank or two of old snow in the shadows near 7,000 ft, a few patches of fresh remaining from the night before, but the snow that was falling wasn’t accumulating and the trail was clear.  The descent was challenging, but sweet.  Enough rocks of sufficient size that you had to pay attention.  While the air was cool, the ground conditions were perfect: no mud, but moist enough to stick to your wheels and not to your lungs.  Eight of us descended Rocky Gulch, one back-tracked the road, and one came down Sawdust.  By now, everyone is accounted for.  No mechanicals, no injuries.  The 2 sheep managed to NOT be guests-of-honor at the post-ride barbeque on Aaron’s tailgate.

Discussion of Lost Horse to Como Overlook/Jenny Ridge next week, with some possible investigation of a purported trail system ABOVE the Overlook. 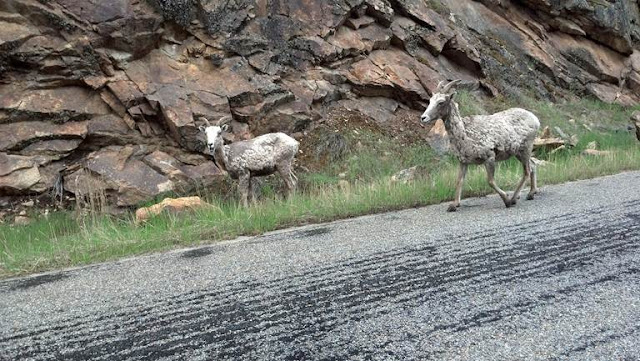 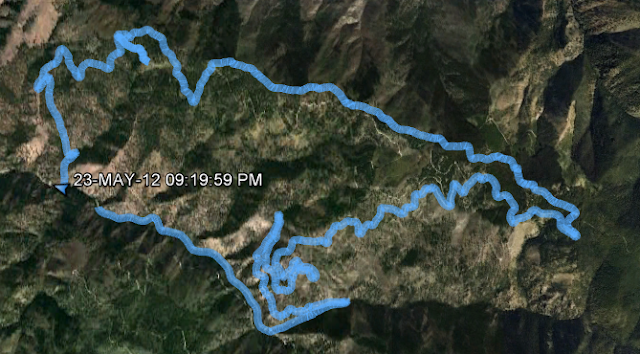 Posted by MonkeyDoo at 9:10 AM