Would you believe what a fantastic ride we had yesterday on Railroad; plenty of sunshine, mild temperatures and cleared trails? No? What was your first guess? Railroad Creek?  Yeah, it has a notorious reputation, entirely deserved, but not the whole story.  Railroad has a Janus personality and I have ridden it on weekends after it has been cleared and I keep thinking how great a ride it is, and wonder why it so unpopular.  Usually when Jeff suggests this ride, which has been his personal project the last few year he gets at most one taker.  After this week's ride that may be all gets in the future. 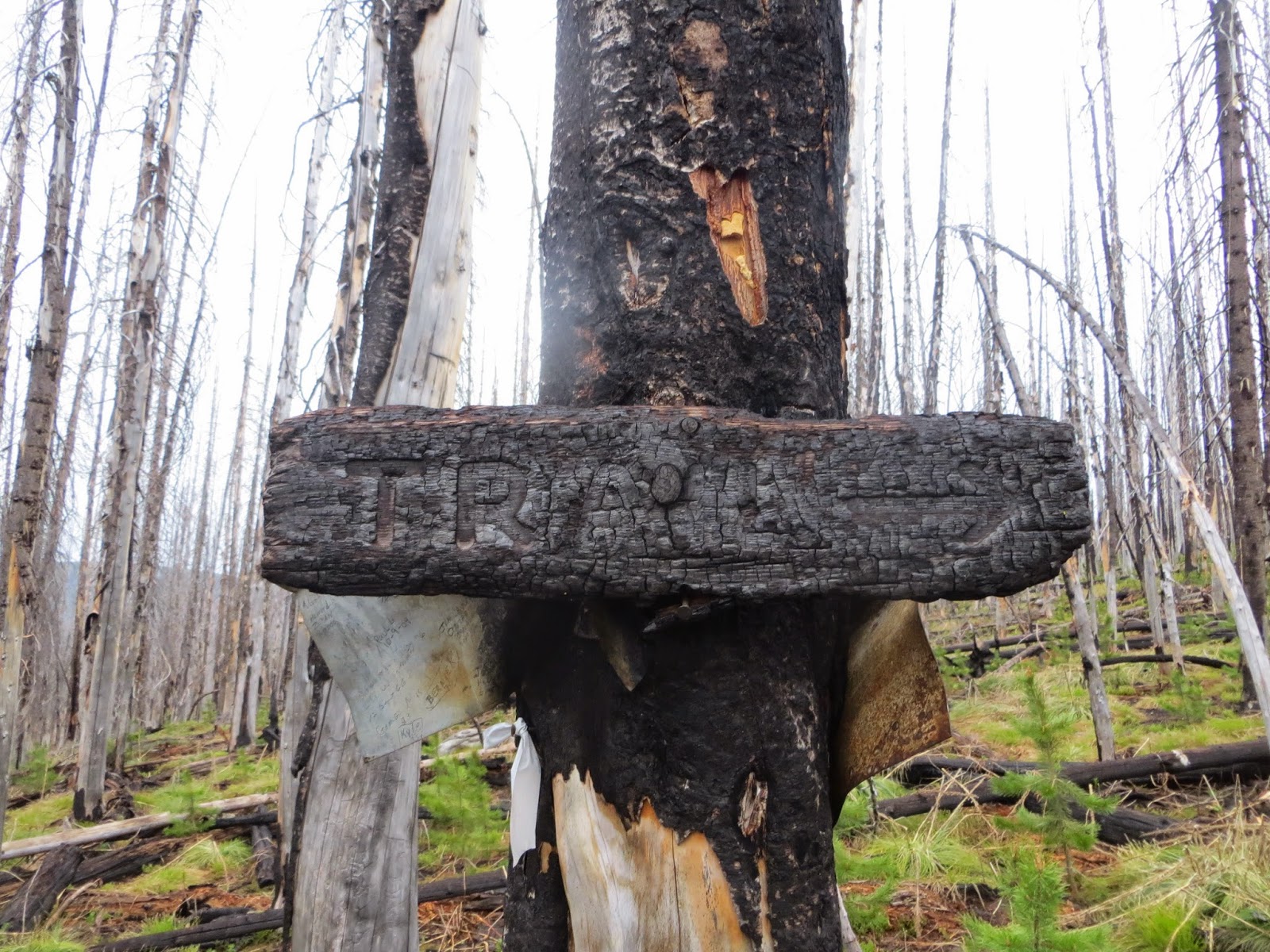 At the culmination of the ride, the dreaded word epic was bandied about.  Most of the criteria were fulfilled: inclement weather ( well not great weather, drizzle and a little chilly),  obligate head lamp use, flailing around in the dark, catastrophic mechanical failure.  Still I think there are three more criteria of which at least one of which is obligate to be classified as an epic.  First, no crimes were committed. No breaking and entering cabins. No trespassing.  Second, no bodily injury. Simple, no blood, no epic.  Third, no Shrek. Self explanatory. 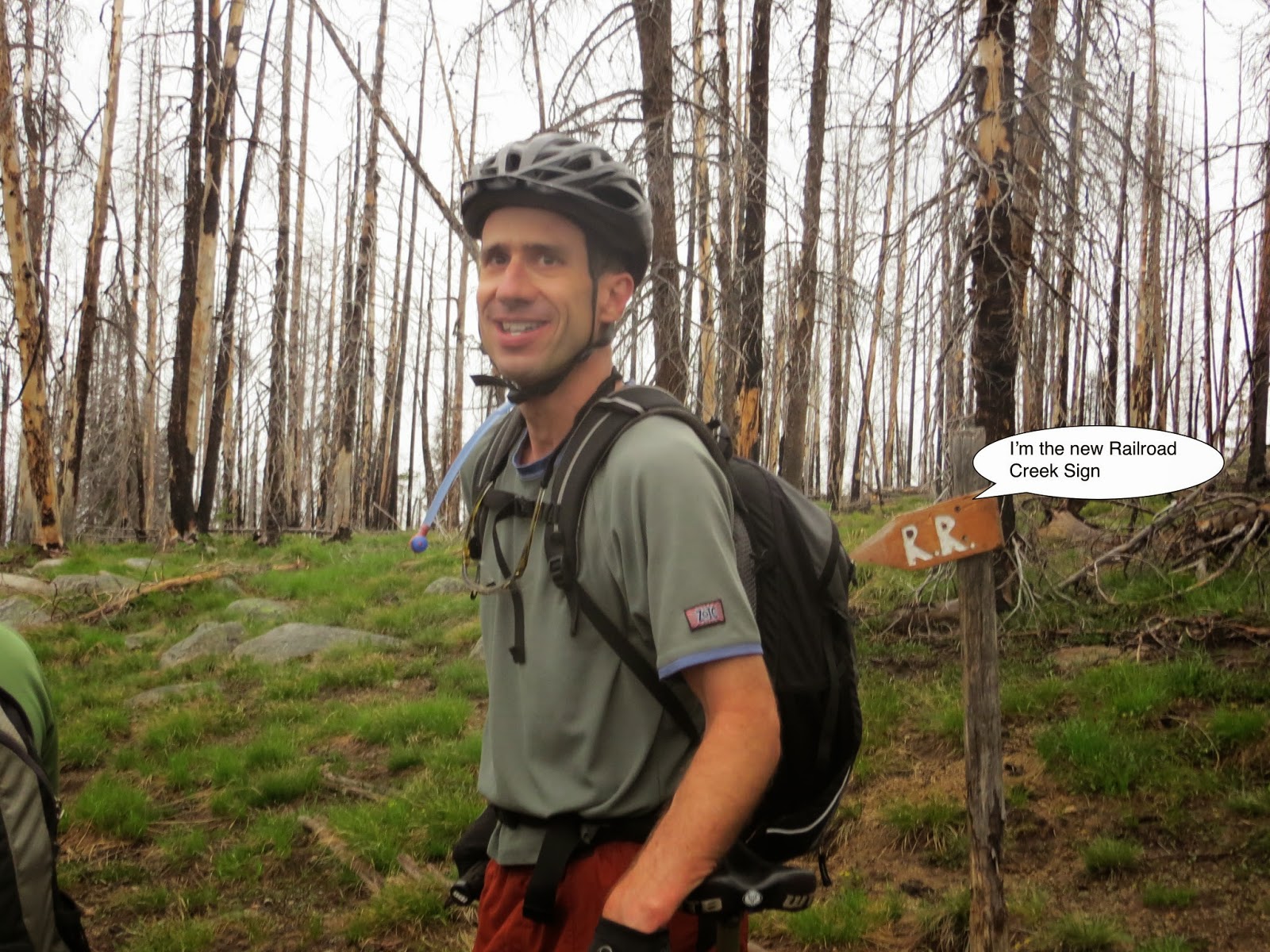 So what we are left with is a top 10 Wednesday ride adventure.  Maybe not a bald top, but probably edging out the previous Railroad headlamp ride and a toss up with the White Stallion fiasco. 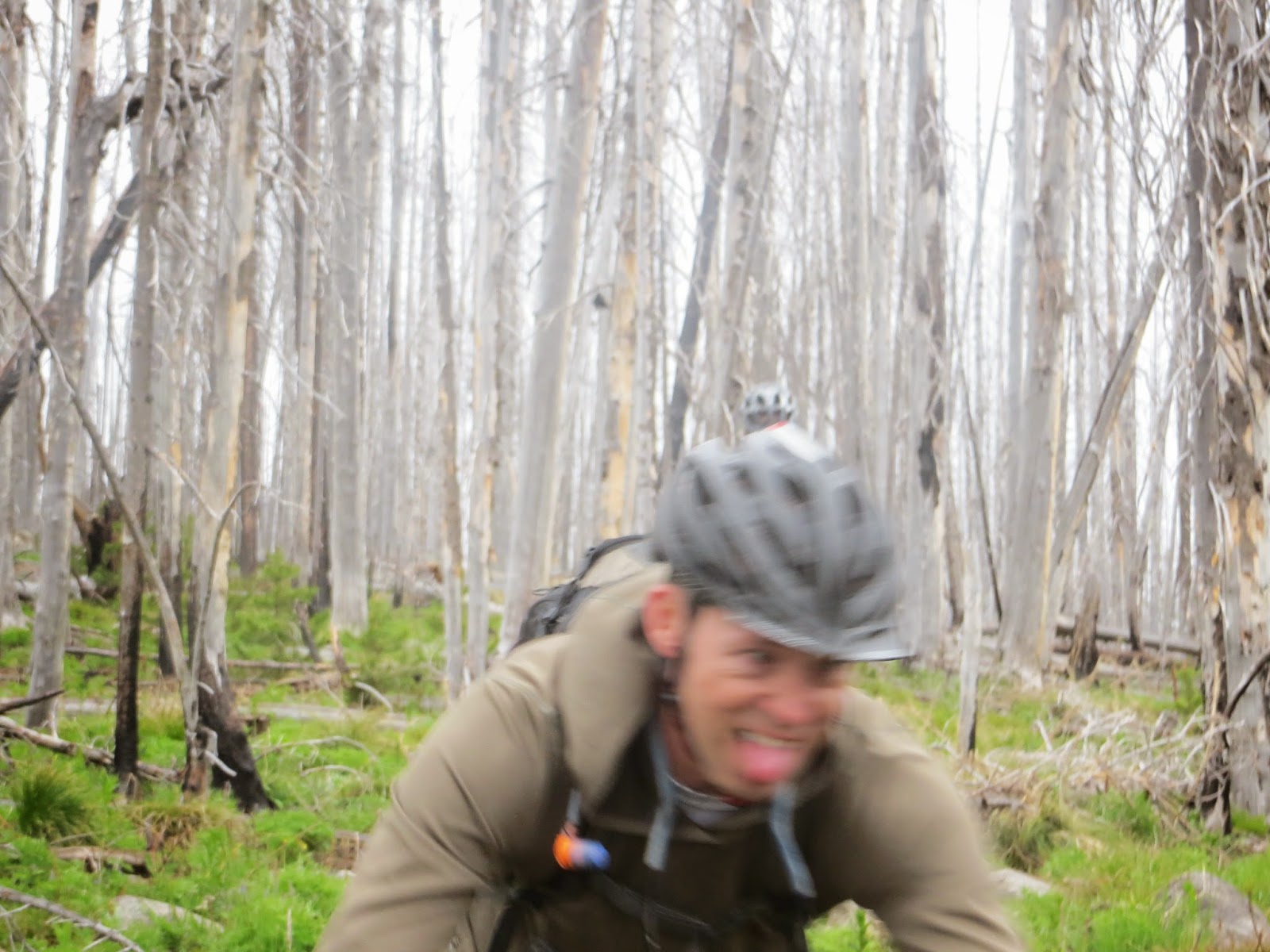 So what happened?  Much like the White Stallion fiasco it all starts with trees, downed trees, lots of downed trees, lots and lots of those nasty dead half burned overgrown matchsticks. Like nearly every other ride so far this year, we seem be spending more time drawing that riding.  I beginning to think we need to reclassify  our Wednesday night rides as Logger Days training. After clearing the remainder of Weasel and a half hearted effort on #313, we began am aggressive clearing of Railroad, but it was 9:15 before we even began down, and the farther we dropped the more the trail was littered with the remains of a giant's game of Jenga. With that came the realization that the lights would come out, with the only question being how far could we get first. The answer is the end of the worst of the downfall and the beginning of the lower technical drop to the creek.  Two thirds of the way down came the mechanical, my maxle rear axle gave up the ghost and left my rear tire with only a tenuous connection to the remainder of my bike leaving me a hoofing it for the last bit of trail and 3.5 miles of Forest Service Road. Well that should have been the worst of it, except that by the time we reached the short cut at the creek crossing we were far past twilight and well into complete darkness and just "missed it by that much".  After finally gaining the road and waving goodbye to the fading headlamps  I began my nature commune until the rescue was mounted and John's Subaru returned me to the trail head at 11:00 with the lum cooked and grey poupon dijon awaiting.  No epic can end with grey poupon of a grilled dog.


If a picture is worth a thousand words. Here is the whole post in one shot. 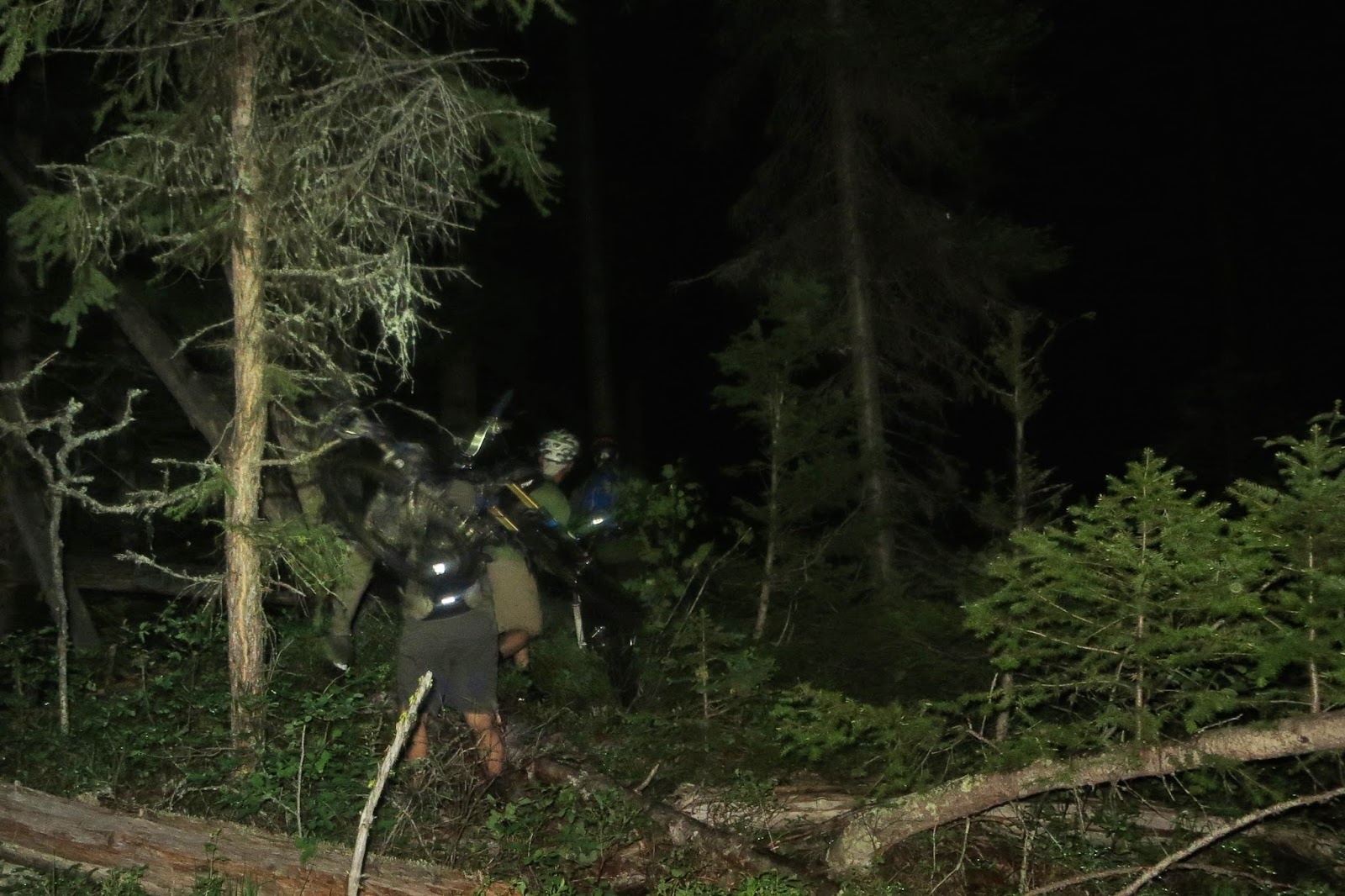 Posted by MonkeyDoo at 3:12 PM