The other day and noticed my adolescent progeny in the house watching TV or maybe it was videos on an iPad, or texting on their phones, and since it was a particularly pleasant day, I put them in bear hugs and dragged them outside and locked all the offering devices in a safe. All the time thinking, how can you waste a day, there is so much to experience. Don't they know that eventually they will end up decrepit, and the things that are so easy now won't always be so.


Over last year or two, I have noticed lingering aches that never seem to quite disappear like they used to, a tennis elbow that aches despite never playing tennis, an IT band that doesn't like deep squats and lateral movement, a need for reading glasses when trimming my increasing abundant nose and ear hair.  While I can still maintain a steady slog, power and fast twitch movements seem to be in shorter supply.  Not only is my temple showing signs of abuse and overuse I know have friends with titanium hips and ceramic knees; a colleague laid low by Parkinson's disease.  I'm not sure if that means I'm starting to feel my age, but I no longer feel 30. 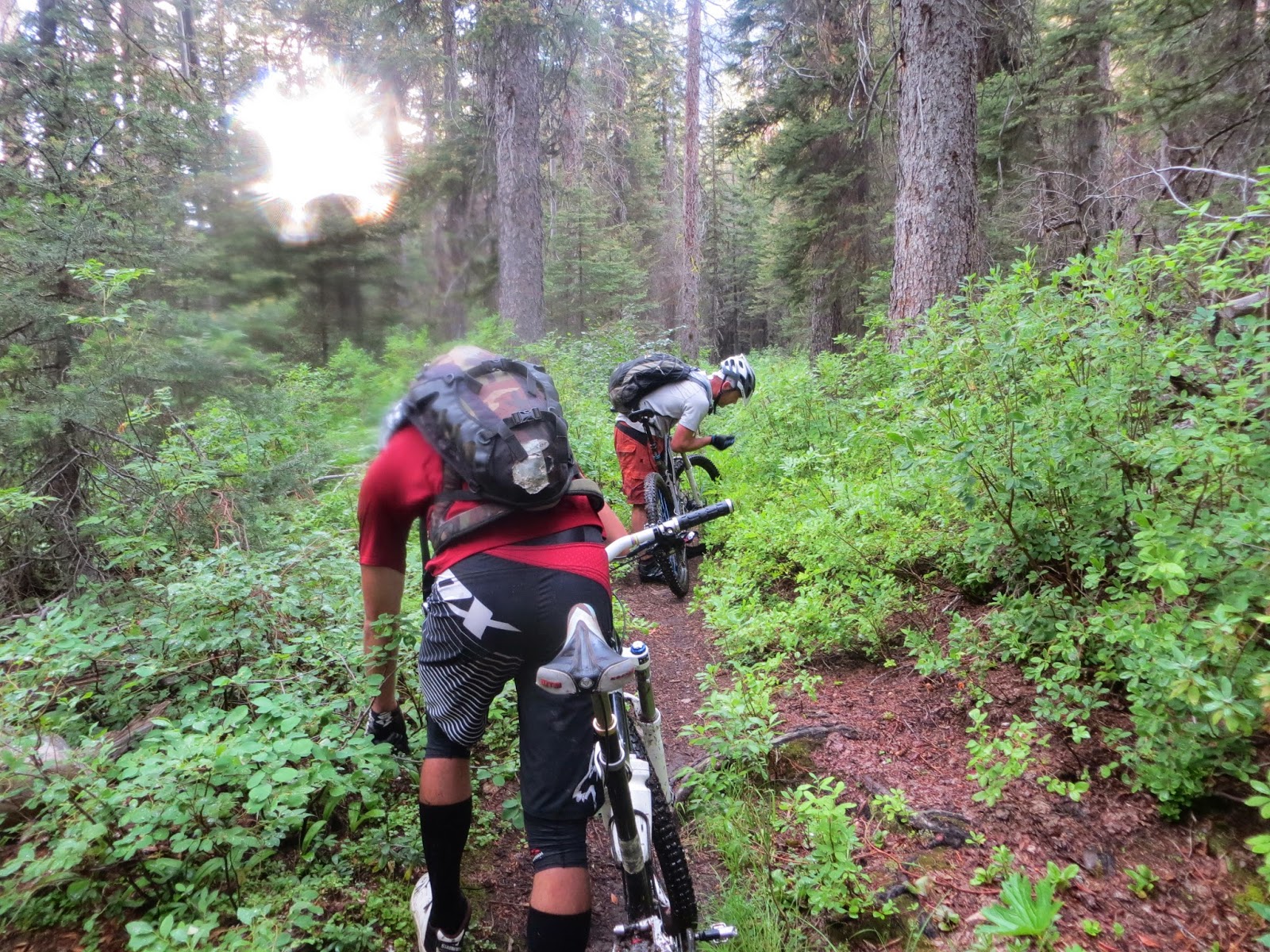 I have read that the last things to go are your endurance and the ability to suffer.  If I was smart I would be embracing this new reality and be preparing for long slow slogs on gravel backroads between here and the Teton Valley.  Instead I find my self  wishing that Skalkaho Pass was open so that I could spend my weekends on lift assisted laps  at Discovery. 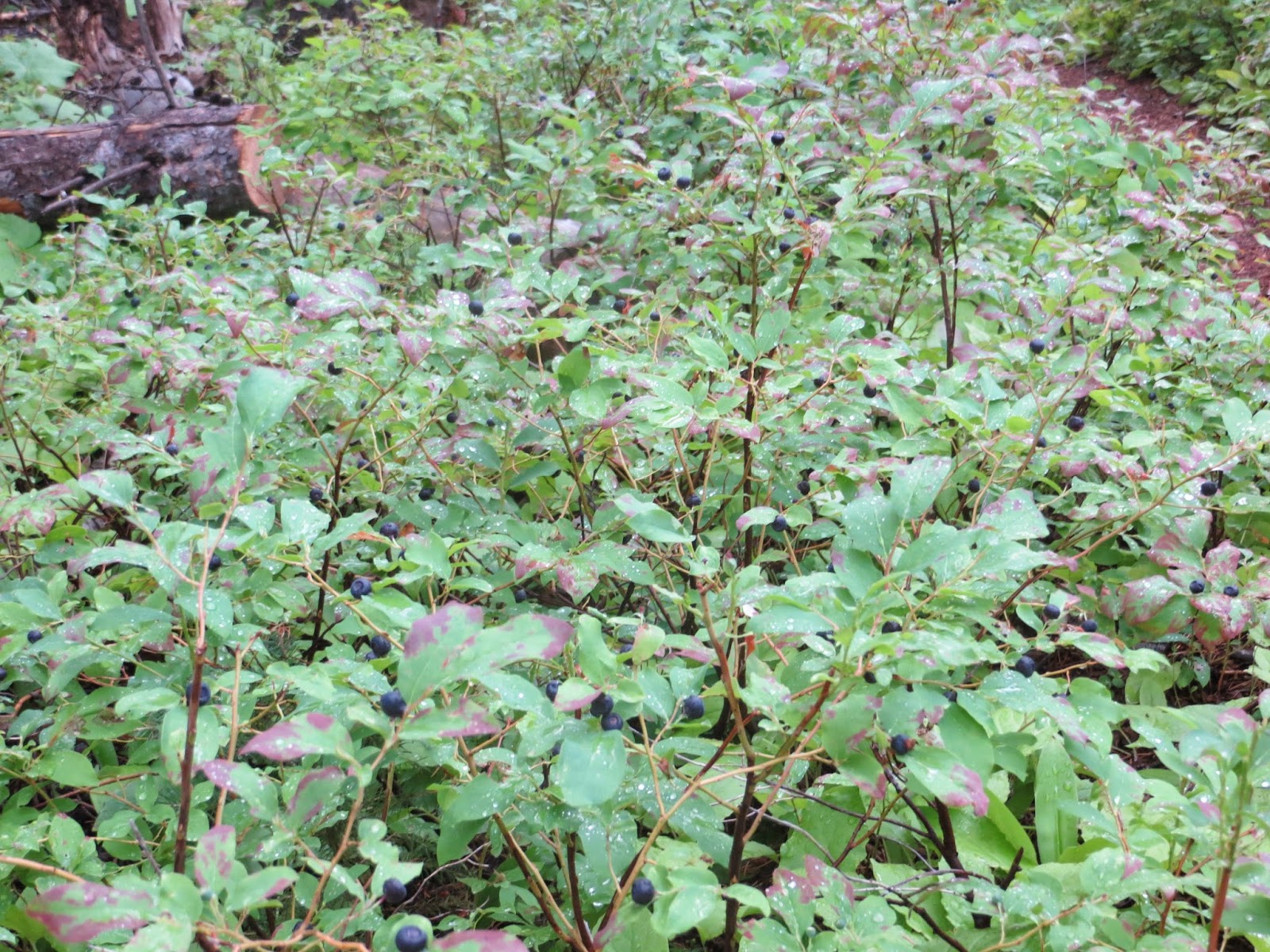 So there I was yesterday putting on pads for the climb up Blodgett, wondering how many more years of rock gardens and guarantees falls I had left, appreciating the irony that now that I final have the skills to enjoy the ride, I may not have the resilience much longer. How much 5 years? 10 years? Probably not much more. 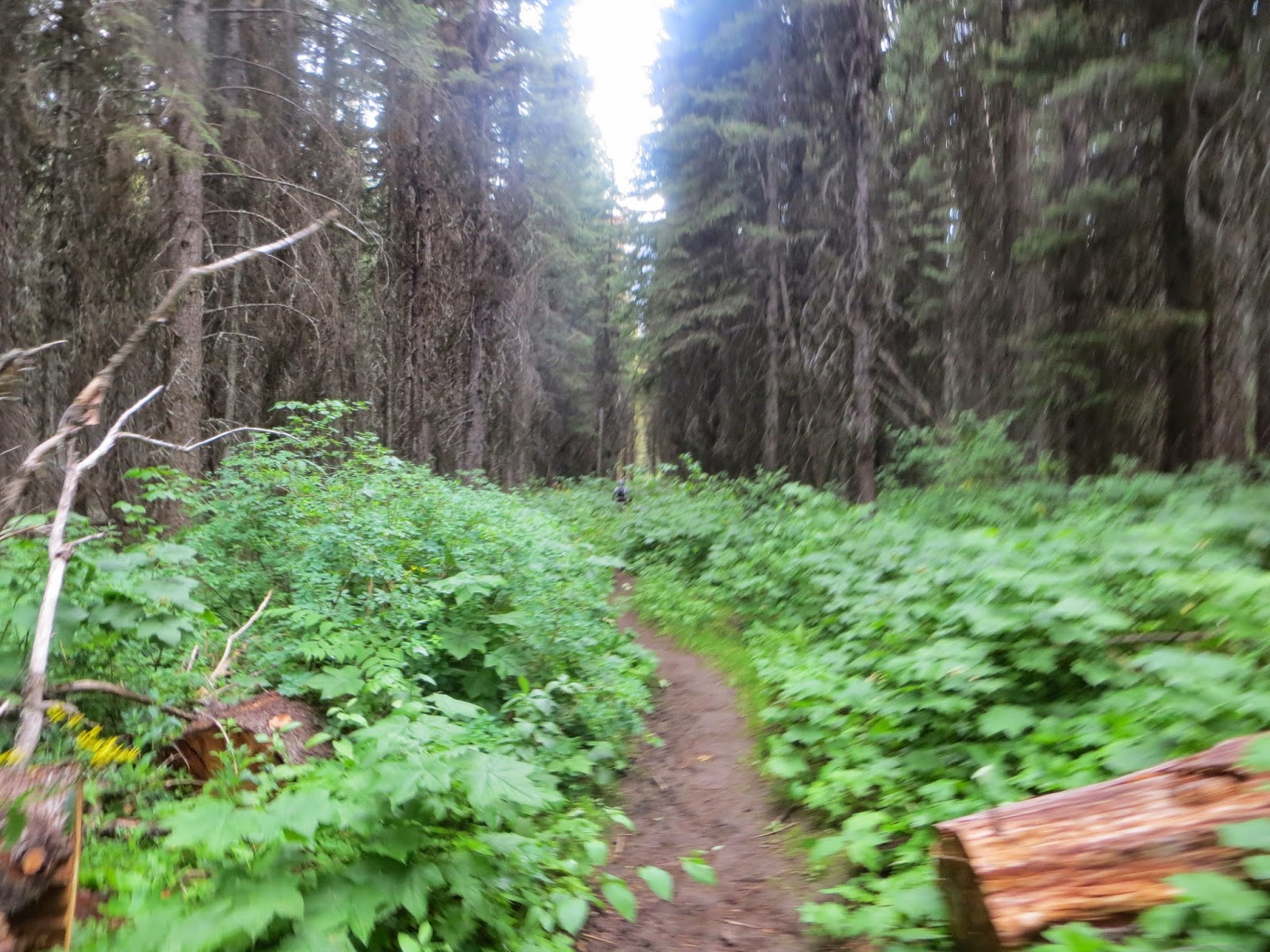 The summer doldrums were upon us with only the residual core crowd ready to ride, along with Bret, who made the journey down from the big city determined to prove that not everyone was Missoula was  ironic plaid wearing, gonadal atrophic poseurs. 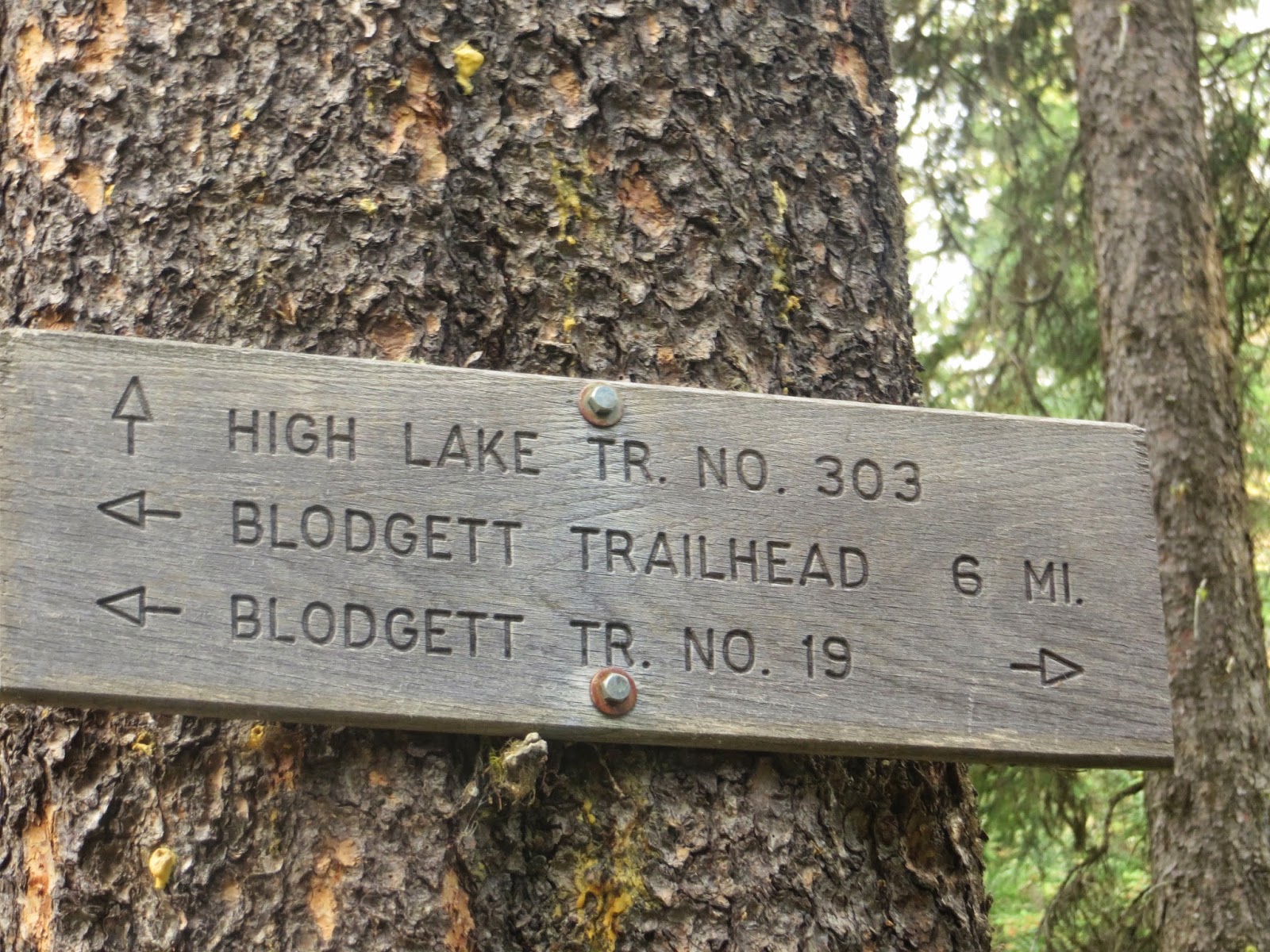 I'm glad to report back to the surrender monkeys who hid at home as if there was a duck and cover drill in progress that while the valley remainder sweltering, up in the hills the clouds had rolled through leaving behind a film of rain.  After playing human squeegee for the undergrowth it cold be described as chilly. 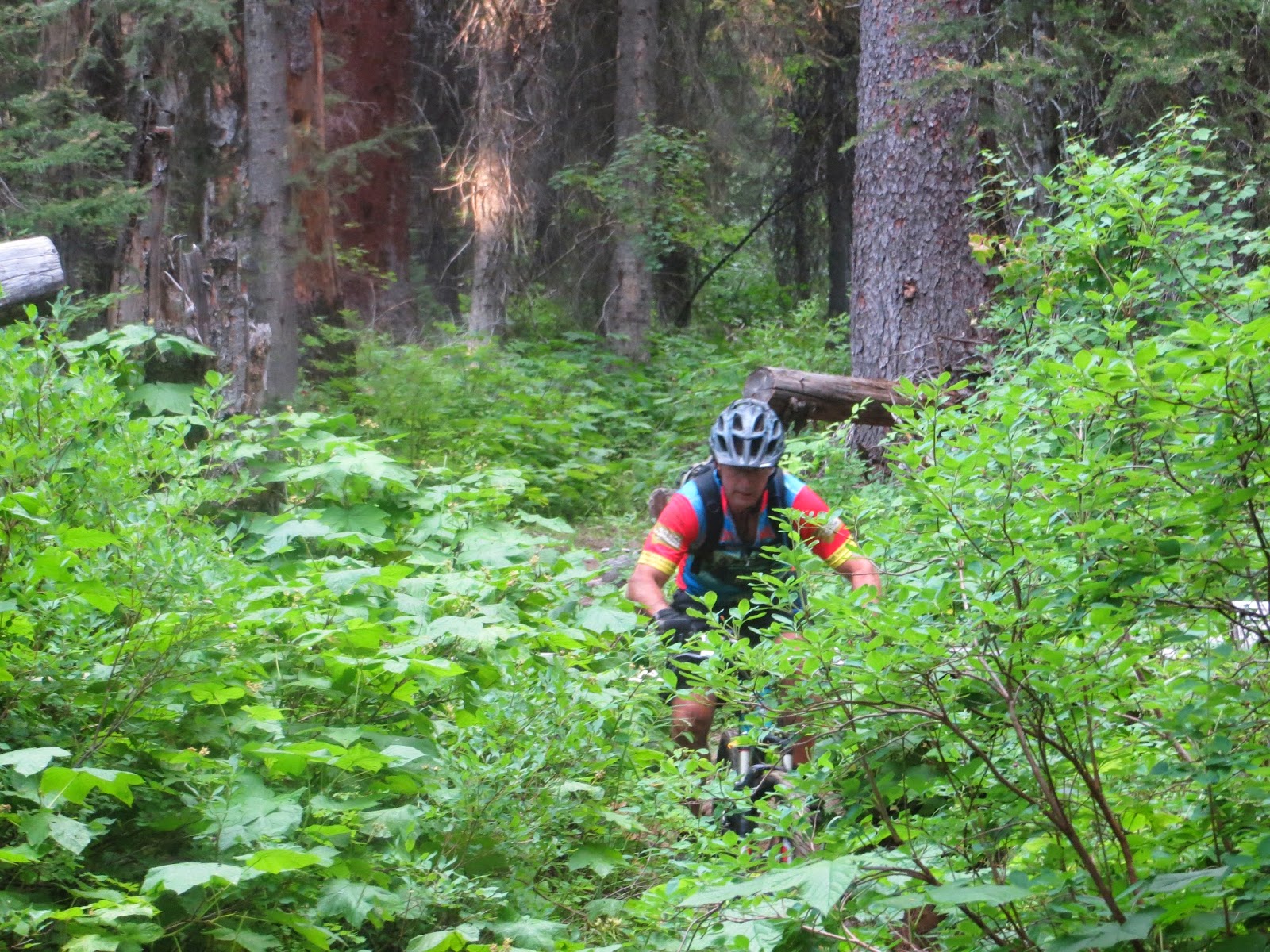 This year we decided to postpone the ride long enough to allow the trail to dry out. As a consequence we renamed the ride above the bridge to West Weasel.  The good news being that the huckleberries farther up the canyon rival Hungry Horse for their size and number.  I can't remember a previous ride with so many frequent if brief grazing breaks. So for those of you who waved the white flag, just remember that your days of riding Blodgett are numbered even if you  don't realize it.
Posted by MonkeyDoo at 3:04 PM